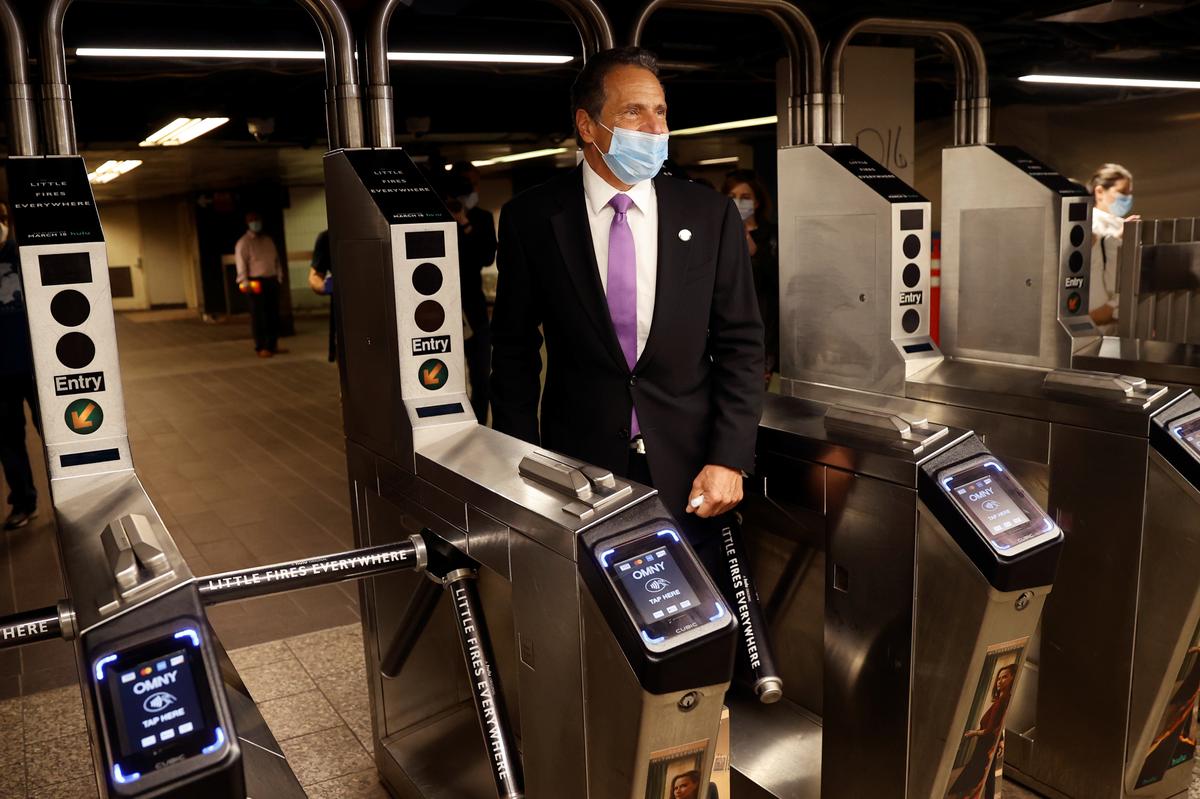 NEW YORK (Reuters) – Exactly 100 days after the first coronavirus case was confirmed in New York City, some workers began returning to jobs on Monday in a first phase of reopening from a citywide shutdown to battle the epidemic that killed nearly 22,000 of its residents.

People who had been staying home for months boarded subways and buses as the most populous U.S. city began a hopeful journey toward economic recovery.

“This is clearly the hardest place in America to get to this moment because we’re the epicenter,” Mayor Bill de Blasio told a news conference at the Brooklyn Navy Yard.

New York, by far the hardest-hit U.S. city, on Monday reported the rate of people testing positive for the coronavirus fell to a new low of 3%, well below its threshold for reopening of 15%, de Blasio said.

As some 400,000 workers head back to 32,000 construction sites, wholesale and manufacturing centers and some retail sites across the city, de Blasio urged them to wear face masks and use social distancing to keep COVID-19 cases on a downward trend – particularly those who use mass transit to get to work.

New York Governor Andrew Cuomo noted that the rest of the state already has entered the same reopening phase without a jump in infections, largely because of restrictions that limit restaurants to serving guests only outdoors and retailers to making only curbside sales.

“If we follow those guidelines in New York City, there should not be a spike, just like there hasn’t been a spike across the rest of the state,” Cuomo said.

Ten days after thousands of protesters – many without masks – swarmed New York streets for daily marches against racism following the May 25 death of George Floyd in Minneapolis police custody, de Blasio said he was cautiously monitoring the virus’ spread to be sure reopening can continue and eventually bring customers back to hair salons, restaurants and other businesses.