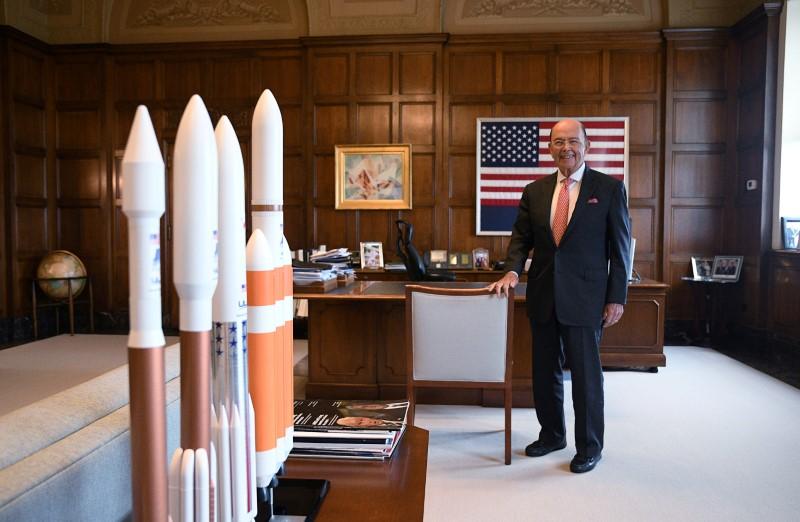 U.S. Secretary of Commerce Wilbur Ross poses near rocket models during an interview with Reuters in his office at the U.S. Department of Commerce building in Washington, U.S., October 5, 2018. REUTERS/Mary F. Calvert

WASHINGTON (Reuters) – The U.S. Commerce Department said on Tuesday it was opening an investigation into whether imports of vanadium, a metal used in aerospace, defense and energy applications, impair U.S. national security.

The “Section 232” probe is similar to ones that resulted in broad tariffs on steel and aluminum in 2018 and a probe underway into imports of titanium sponge.

The department said the domestic producers that petitioned the agency, AMG Vanadium (AMG.AS) and U.S. Vanadium LLC, assert that they are hurt by unfairly priced imports, value added tax regimes in other vanadium-producing countries and “the distortionary effect of Chinese and Russian industrial policies.”

“Vanadium is utilized in our national defense and critical infrastructure, and is integral to certain aerospace applications,” Commerce Secretary Wilbur Ross said in a statement. “We will conduct a thorough, fair, and transparent investigation to determine whether vanadium imports threaten to impair U.S. national security.”

Designated a strategic and critical material, vanadium is used in the production of metal alloys and as a catalyst for chemicals across the aerospace, defense, energy, and infrastructure sectors.

The Commerce Department said U.S. demand for the aerospace sector is met entirely through imports.