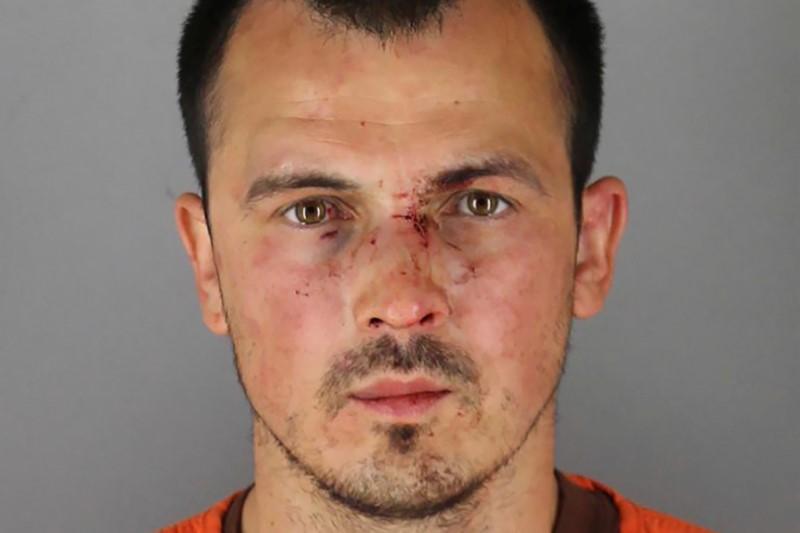 MINNEAPOLIS (Reuters) – A tanker truck drove through thousands of people marching on a Minneapolis highway to protest the death of George Floyd on Sunday before protesters dragged the driver from the cab and beat him, according to a Reuters witness and authorities.

It did not appear any of the marchers were injured when the truck raced towards them on I-35, blowing its horn, sending protesters scattering before coming to a stop, according to the witness and a tweet by the Minnesota Department of Public Security (MNDPS).

Police arrived soon after and arrested the truck driver, who was taken to a local hospital with non-life-threatening injuries, MNDPS said.

Video of the incident shows protesters swarming the vehicle before it comes to a stop.

“The incident just underscores the volatile situation we have out there,” Minnesota Governor Tim Walz told a news conference, adding he did not know the motives of the driver.

It marked the second incident in as many days of a vehicle driving at people protesting Floyd’s death after a New York City Police car was captured on video on Saturday driving into a crowd of protesters who were pelting it with objects.

Video showed the truck had a logo on its side for “Kenan Advantage Group,” an Ohio-based transportation company.

The company said in a statement that it was informed of an incident involving one of its independent contractors in Minneapolis and it would be cooperating with investigating authorities.

MNDPS did not identify the driver but said the Minnesota State Patrol and the Minnesota Bureau of Criminal Apprehension were investigating the incident as a criminal matter.

Reporting by Go Nakamura in Minneapolis and Andrew Hay in Cañon, New Mexico; Editing by Lincoln Feast and Stephen Coates

Trump Endorses Lisa Murkowski’s Top Primary Challenger Kelly Tshibaka For 2022
America First Fighting Back With Army Of Candidates For Secretary Of State
Dem mayor claims truck incident is ‘terrorist attack’ against LGBT people. Then the truth comes out.
Group inspired by Greta Thunberg admits they have been a ‘racist, white-dominated space’ and then disbands
Five Things Democrats Could Do To Convince Us They Don’t Want Widespread Voter Fraud