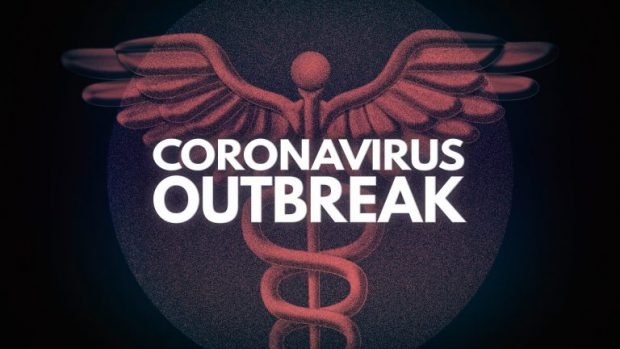 The current pandemic known as Covid19 has the whole country in lockdown and in an uproar. It even spread world-wide causing millions of deaths in over 180 countries,but we’ve always had viruses that killed thousands of people since the beginning of the 20th century.

Now they are saying in this country there are today 100,00 deaths from the Coronavirus and the left likes to blame Trump for them. These death facts may be manipulated as patients who might have died from pneumonia or lung cancer with or without having contracted COVID-19, are reportedly being counted as coronavirus deaths simply because they tested positive and died. Have you noticed nobody is dying from cancer anymore or heart disease or kidney failure or any other deadly disease? Its” all coronavirus now.

Considering the penchant for  Democrats and the  CDC to justify the fabricated data of their models and perpetuate the HOAX  Hospitals have been ordered to list ALL deaths as Covid-19 related whether or not they have any connection to the virus. Anyone who thinks this isn’t occurring is deluding themselves.

Each year we have a different strain of influenza emerging and affecting people The  Spanish Flu killed one in four who were infected however advancements in medicine have lessened the effect.

Every death is tragic, and the coronavirus is dangerous, but Americans should put these numbers in perspective. First, while the 100,000 number seems jarring, it is significantly smaller than the number of Americans who die every year from smoking (480,000) and obesity (300,000). Another 88,000 Americans die from alcohol every single year.

Why the comparison? As it turns out, deaths from the coronavirus pandemic are inflated in at least two ways. First, as New York funeral home directors explained, many death certificates mark “COVID-19” as the cause of death even when the deceased had not tested positive for the coronavirus, much less actually died of it. Second, most of those who have died from coronavirus had underlying health problems.

Now the ONLY  difference between the Coronavirus and strains in the past is that  THIS IS AN ELECTION YEAR! The ONLY reason the media hasn’t reported on those other “pandemics” is that except for the Coronavirus Trump was not the president and they couldn’t cause ANOTHER panic to blame on Trump!!!

First of all this virus did come from China. We financed research on it through Obama and Dr. Fauci for $3.5 million back in 2015.

There is an interview with Dr, Fauci from 2017 where he predicted a surprise pandemic would occur in 2020. Now how would he know that when people can’t predict what will happen next week?

The latest estimates show that Covid-19 is nowhere near as lethal as early models claimed, yet the mainstream media have been mum on the subject, prompting some prominent lockdown critics to ask why that might be the case.

Trump said China could have stopped it then and there but didn’t and let it loose throughout the world. Trump did the right thing and put a travel ban on China after the first death here and finding that the virus came from China. He saved thousands of lives by doing that and was called a racist by his dem counterparts. When they later realized he was right they said he should have done it sooner.

Dr. Fauci and Dr.Brix told Trump he had to shut down the economy or two million people would die. They didn’t think he would actually do it, but he called their bluff and shut down the country then after he did that and 30 million people were out of a job they said their tables were wrong.

Dr. Anthony Fauci was the Dems’ biggest ally to tank the economy by shutting down the economy under the guise of public health.

Pressure mounted on Donald Trump to take action after Fauci’s strategy backfired, and now Dr. Fauci made this reversal that could cause President Trump to fire him.

During an interview with CNBC, Dr. Fauci reversed course and suddenly claimed he was no longer in favor of endless shutdowns.

“I don’t want people to think that any of us feel that staying locked down for a prolonged period of time is the way to go,” Dr. Fauci stated.

In an email to a New York Times reporter the night before his testimony, Fauci previewed that his message would be that reopening the economy would lead to “needless suffering and death.”

“The major message that I wish to convey to the Senate HLP committee tomorrow is the danger of trying to open the country prematurely,” Dr. Fauci wrote to New York Times reporter Sheryl Gay Stolberg. “If we skip over the checkpoints in the guidelines to ‘Open America Again,’ then we risk the danger of multiple outbreaks throughout the country. This will not only result in needless suffering and death but would actually set us back on our quest to return to normal.”

Fauci also claimed that the coronavirus should prevent schools from opening in the fall.

This doom and gloom message served the purpose of giving the Democrats fodder to attack the President by claiming Trump was not listening to the “experts.”

Fauci’s final flip flop came when he now claimed the majority of the country was ready to reopen the economy,“In general, I think most of the country is doing it in a prudent way,” Dr. Fauci stated. “There are obviously some situations where people might be jumping over that. I just say please proceed with caution if you’re going to do that.”

After Dr. Fauci’s testimony, Donald Trump dismissed Fauci’s nay-saying, declaring that Fauci liked to “play all sides of the equation.”

Now the only question remaining is if the President would dismiss Fauci for incompetence and insubordination. Rush Limbaugh previously identified Dr. Fauci as a Hillary Clinton sympathizer that sought to oust Trump.

When the Trump administration wanted to send out stimulus checks to everyone to help them out, Pelosi and Schumer tried to stall them until Sept, before the election to make Trump look bad. Fortunately, their plan failed along with everything else they tried over the years. Now they are using this virus to attack Trump blaming him for it and saying he caused 100,000 deaths. How absurd!!!  He had nothing to do with is virus and, in fact, saved lives by putting he travel ban on China and Europe and now Brazil where it is very big now.

Now as the country slowly is coming back and the virus is calming down Democrats are angry because they are actively hoping for the economy to continue to collapse so that presumptive Democrat presidential nominee Joe Biden can beat President Donald Trump in November. Democrats dread quick economic recovery, American happiness because misery is all they have to run on.

In an article titled, “The general election scenario that Democrats are dreading,” Politico reported that multiple Biden campaign officials and Democratic strategists are dismayed at the possibility of an economic boom in the months before the presidential election. The coronavirus pandemic caused much of the country to shut down, which has led to the highest number of people filing for unemployment since the Great Depression.

Democrats – who have led the charge forcing people to lose their jobs and plummet the country’s economy – were hoping the economic downturn would get them back into the White House. But Jason Furman, one of the Obama administration’s top economists, threw cold water on their hopes during a Zoom conference call in early April, Politico reported.

Instead of validating Democrat hopes, Furman said, “We are about to see the best economic data we’ve seen in the history of this country.” As Politico reported, the conference call included officials from both parties, including former cabinet secretaries and Federal Reserve chairs.

Everyone looked puzzled and thought I had misspoken,” Furman told Politico. He told the outlet he explained on the call how the months before the November election would see an economic boom that would allow Trump to boast about huge employment gains and GDP growth.

Furman said the economic collapse tied to the coronavirus pandemic was unlike the Great Depression or the Great Recession, after which recovery was slow. Furman predicted this economic downturn was more like what happens after a natural disaster, which is followed by a quick recovery. Furman said data already suggest this to be the case.“That’s great news for anyone who’s been laid-off, furloughed or fired thanks to the COVID-19 response.”Herman Cain said in an op-ed piece recently, “It’s also great news if you support the constitution, deregulation or hope to see the President get a couple more SCOTUS picks. It’s not good news if your party’s well-being is dependent on keeping the American people in a perpetual state of misery.

Again, think about what this means: One of the two major parties in the United States has a vested interest in keeping you broke, miserable, unemployed, and uncertain about your financial future.

Knowing that, why in the name of God would anyone ever vote for such an organization?”

Hear Dr. Fauci talk about a surprise outbreak coming to future administrations back in 2017. How would he know?