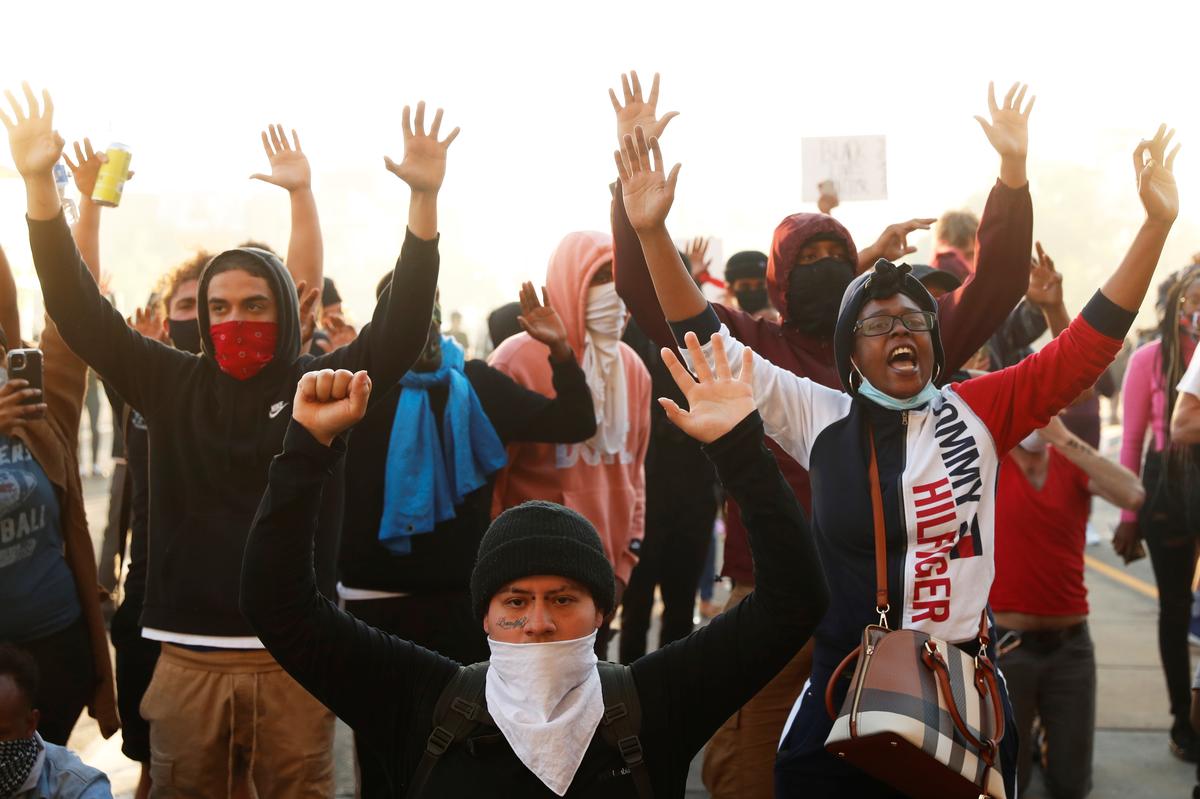 WASHINGTON (Reuters) – U.S. President Donald Trump said the military could deploy troops to Minneapolis “very quickly” to respond to violent protests in the aftermath of a police killing of an unarmed black man.

The death of George Floyd in Minneapolis sparked protests in several cities, some which have turned violent. Minnesota’s governor activated the state’s national guard after four nights of confrontations in Minneapolis, its first full activation since World War Two.

A U.S. official, speaking on condition of anonymity, said the military had ordered some active-duty Army military police officers to be prepared to deploy if local authorities requested their help.

“We could have our military there very quickly,” if their help was requested, Trump said on Saturday afternoon.