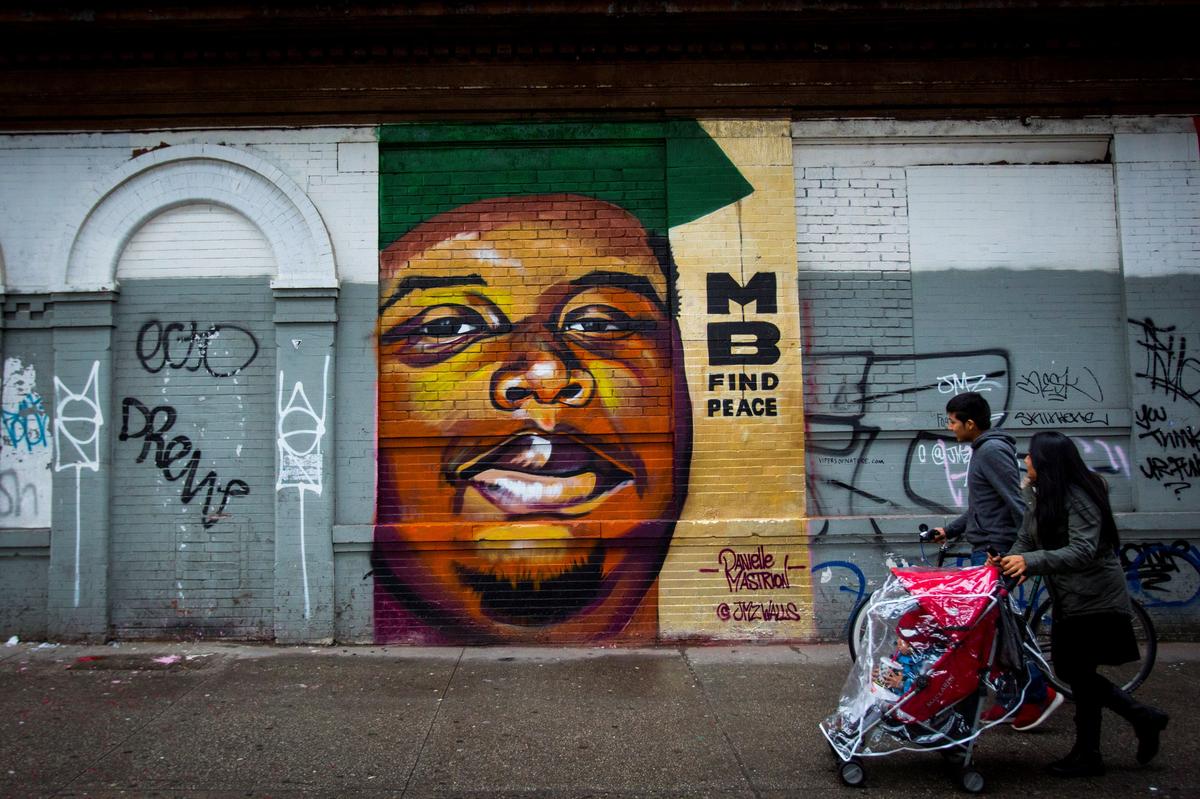 (Reuters) – The death in Minneapolis on Monday of George Floyd, the black man captured on video pleading for his life as a white police officer kneeled on his neck, has prompted three nights of protests, at times giving rise to violence, arson and looting.

FILE PHOTO: People walk past a mural of Michael Brown in the Bushwick neighborhood of Brooklyn in New York, November 27, 2014. Brown was shot to death by police officer Darren Wilson on August 9 in Ferguson, Missouri. REUTERS/Andrew Kelly/File Photo

It has also trained, yet again, a national spotlight on a perceived lack of police accountability for violent encounters with the American public.

The issue ignited in 2014 with the shooting death of black 18-year-old Michael Brown by a white police officer in Ferguson, Missouri, which triggered angry protests.

Since then, the “Black Lives Matter” movement – sparked by the killing of black teen Trayvon Martin by civilian George Zimmerman in Florida in 2012 – has become closely associated with critiques of overly aggressive policing, particularly against black people.

Heightened public awareness, enhanced by the increasing prevalence of cellphone video, has kept the issue front and center through a series of incidents that have made national headlines in recent years.

In another incident this year that has led to renewed unrest in the wake of Floyd’s death, police in Louisville, Kentucky, killed Breonna Taylor, an emergency medical technician, on March 13 while executing a search warrant.

For an investigatihere of police accused of using excessive force published this month, Reuters reviewed hundreds of civil rights lawsuits against police. (To read the investigation, click here)

In the majority of cases, Reuters found, police and the localities that employ them are largely shielded from having to pay financial settlements to victims or their grieving families by “qualified immunity,” a legal concept developed by the U.S. Supreme Court that gives wide latitude to government employees when they act in the line of duty.

The defense increasingly protects cops even when courts have determined that the officers violated a victim’s civil rights, the investigation showed.

One exception, however, is high-profile cases like those of Michael Brown that gain national attention. These cases are often outliers, resulting in generous settlement offers, and sometimes even criminal charges, before police have any recourse to claiming qualified immunity.

Here is a summary of some of those cases and their outcomes:

MICHAEL BROWN, a black 18-year-old killed by a white police officer in Ferguson, Missouri, in 2014.

ERIC GARNER, a black man who died after repeatedly crying “I can’t breathe” while placed in a chokehold by a New York City cop during an attempted 2014 arrest.

TAMIR RICE, a 12-year-old black boy who was holding a toy gun when shot dead by a Cleveland, Ohio, police officer in 2014.

FREDDIE GRAY, a black man who died from injuries he sustained while in handcuffs and leg irons after being thrown into the back of a Baltimore police van in 2015.

Criminal charges: The six officers criminally charged in Gray’s death were acquitted or the charges were dropped.

WALTER SCOTT, an unarmed black man shot in the back while fleeing on foot from a traffic stop in North Charleston, South Carolina, in 2015.

Criminal charges: The officer pleaded guilty to federal civil rights charges and was sentenced to 20 years in prison.

PHILANDO CASTILE, a black man shot and killed during a 2016 traffic stop in a St. Paul, Minnesota, suburb after telling police he had a gun in the vehicle.

Criminal charges: A jury acquitted the officer on charges of felony manslaughter and reckless discharge of a firearm.

JUSTINE DAMOND, an unarmed white Australian-American woman shot dead by Minneapolis police who were responding to her 911 emergency call to report a possible rape in 2017.

Settlement: $18 million paid to her family, and $2 million donated to gun violence prevention.

Criminal charges: A jury convicted the officer of murder.

STEPHON CLARK, an unarmed black man killed by Sacramento, California, police in 2018 after they chased him into his grandmother’s backyard.

ATATIANA JEFFERSON, a black woman shot dead by a Fort Worth, Texas, cop in 2019 while standing in her home with a handgun after hearing noises outside.

Settlement: No lawsuit filed yet.

Criminal charges: The officer, who resigned, is awaiting trial for murder.