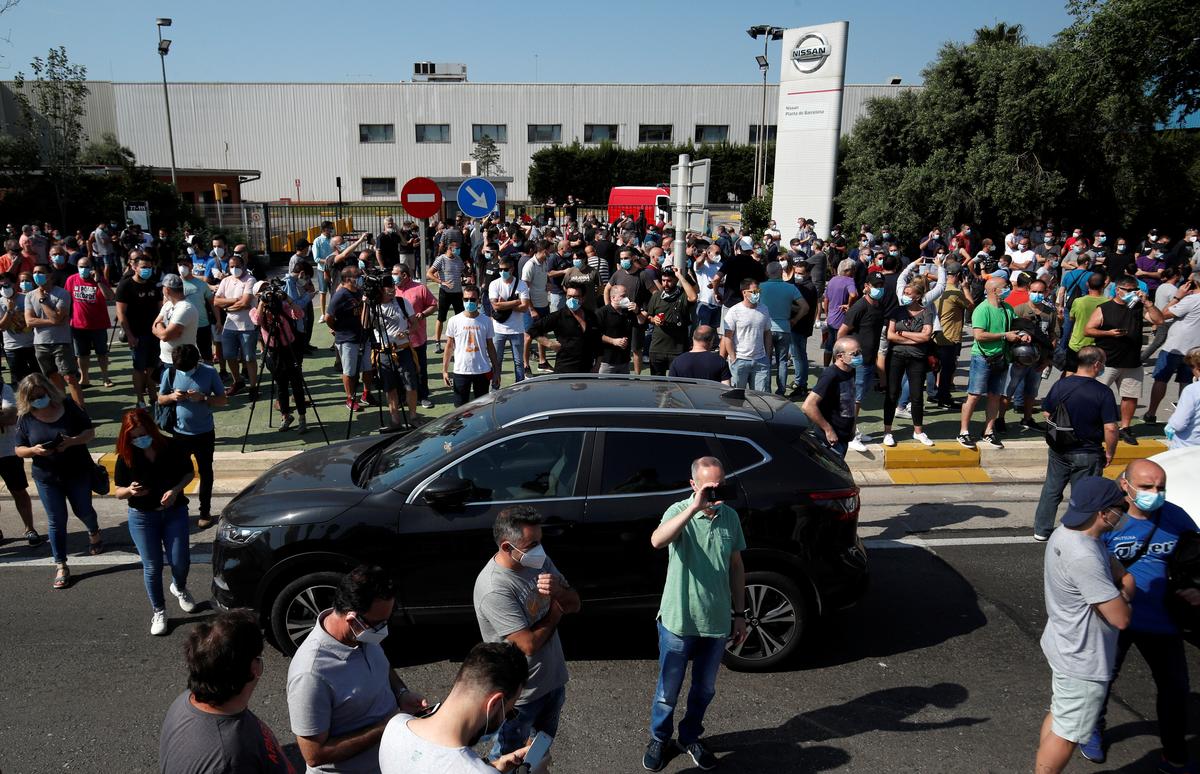 BARCELONA (Reuters) – Japan’s Nissan Motor Co (7201.T) has decided to close its factory in Barcelona, resulting in the loss of about 3,000 jobs as part of a worldwide restructuring plan, the Spanish government said on Thursday.

Nissan workers protest in front of the Barcelona factory against the possible closure of the plant at Zona Franca, during the coronavirus disease (COVID-19) outbreak in Barcelona, Spain, May 28, 2020. REUTERS/Albert Gea

The move is a blow for Spain at a time when unemployment is increasing, with a steep recession looming because of the coronavirus crisis.

The closure would cost Nissan as much as 1 billion euros ($1.1 billion), the government said in a statement, arguing that investing in the factory would be a cheaper alternative for the Japanese giant, which is set to unveil a global survival plan later on Thursday.

Carmaking alliance partners Nissan, Renault and Mitsubishi Motors (7211.T) said on Wednesday they were reorganising their global production to save costs and become more efficient, raising fears that Nissan’s Barcelona factory would shut.

Renault, which will now take the lead for the alliance in Europe, has two factories in Spain.

“We obviously regret this decision,” Economy Minister Nadio Calvino told broadcaster TVE, saying the government would continue to work with Nissan and local and regional authorities “to see how to proceed and maybe look for an alternative solution”.

The closure could indirectly affect up to 25,000 jobs, unions have said.

Nissan workers have been staging protests since early May after the company only partially resumed its production following what was then a temporary shutdown because of the coronavirus pandemic.

Unions have said they plan to form a human chain around Nissan’s main Barcelona plant later on Thursday.

The Barcelona plant, which mainly produces an electric van and a pick-up truck, has been operating at well under its maximum capacity, leading to protests from workers, who have complained of a lack of a clear roadmap and been on strike since early May.

Reporting by Joan Faus in Barcelona and Inti Landauro in Madrid; Additional reporting by Emma Pinedo; Editing by Ingrid Melander and David Clarke