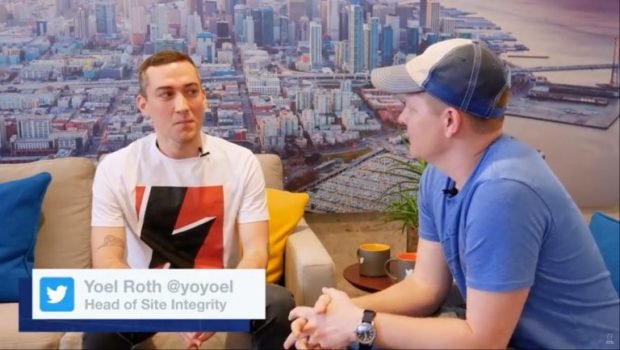 The Twitter official overseeing the tech company’s efforts to combat misinformation is a left-wing partisan who in the past has derided President Donald Trump as a “wretched orange man” and said he donated to former Secretary of State Hillary Clinton’s 2016 presidential campaign.

Yoel Roth, Twitter’s head of site security, is the man in charge the platform’s fight against election-related misinformation. Some of Roth’s past political comments from 2016 and 2017 began making the rounds in conservative circles Tuesday after Twitter fact checked a Trump tweet predicting that universal mail-in voting would result in widespread fraud.

This person is the “head of site integrity” at Twitter pic.twitter.com/hyZcl5VIe0

Roth announced in September 2016 that he was donating $100 to Clinton’s campaign, writing: “We can’t fuck around anymore.”

In another post-election tweet, Roth sneered at so-called “flyover states,” writing: “I’m just saying, we fly over those states that voted for a racist tangerine for a reason.”

The day after the 2016 election, he tweeted a receipt showing what he said was the beginning of monthly donations to three left-wing organizations: Planned Parenthood, Lambda Legal and the Southern Poverty Law Center.

In one January 2017 tweet, Roth derided Trump’s voter base as a “lunatic base of online trolls.” He’s previously likened White House employees, including White House counselor Kellyanne Conway, to Nazis.

Yes, that person in the pink hat is clearly a bigger threat to your brand of feminism than ACTUAL NAZIS IN THE WHITE HOUSE.

“Today on Meet The Press, we’re speaking with Joseph Goebbels about the first 100 days…” —What I hear whenever Kellyanne is on a news show

Roth worked at Twitter during the time he made all of the above statements, according to his Linkedin page.

After Twitter fact-checked his tweet on Tuesday, Trump accused the social media company of “interfering in the 2020 Presidential Election.”

“They are saying my statement on Mail-In Ballots, which will lead to massive corruption and fraud, is incorrect, based on fact-checking by Fake News CNN and the Amazon Washington Post,” the president tweeted. “Twitter is completely stifling FREE SPEECH, and I, as President, will not allow it to happen!”