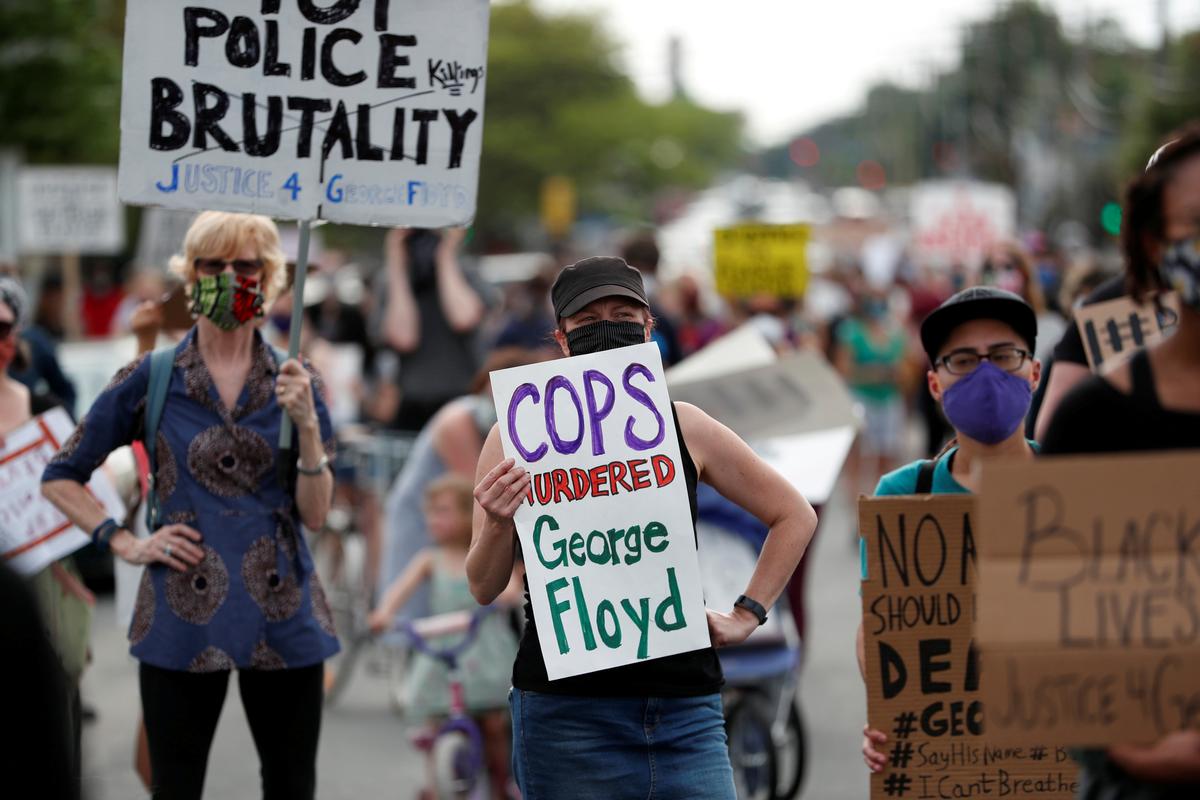 (Reuters) – Minneapolis Mayor Jacob Frey on Wednesday called on prosecutors to file criminal charges against a white police officer caught on a bystander’s video pressing his knee into the neck of African-American man who later died at a hospital.

The officer along with three others involved in the apprehension of George Floyd, 46, were dismissed from the police force on Tuesday, the day after the deadly incident unfolded in Minnesota’s largest city.

The video, which has raised a national outcry, shows an African-American man lying face down in the street with a white officer pinning his knee against his throat. The black man is gasping for air and groaning, “I can’t breathe,” while bystanders beseech the officer to let him up.

The city identified the four officers on Wednesday as Derek Chauvin, Thomas Lane, Tou Thao and J Alexander Kueng. It did not say which officer had his knee against Floyd’s throat, and provided no further information.

“Why is the man who killed George Floyd not in jail? If you had done it or I had done it we would be behind bars right now,” Frey said during a news briefing. “I am calling on Hennepin County Attorney Mike Freeman … to charge the arresting officer in this case.”

The Police Officers Federation of Minneapolis, the union that represents the city’s police force, said in a statement to local media the officers were cooperating with the investigation and it was “not time to rush to judgment.”

“We must review all video. We must wait for the medical examiner’s report,” the union said, asking the community to remain calm.

Frey did not specify what charge he thought was appropriate for the officer, but said he has relayed his wish to Freeman, prosecutor in the county where Minneapolis is located.

On Tuesday, the Hennepin County Attorney’s Office said it would make a charging decision after the state’s Bureau of Criminal Apprehension and the Federal Bureau of Investigation conclude investigations.

The case is reminiscent of the 2014 killing of Eric Garner, an unarmed black man in New York City, who died after being put in a police chokehold and telling the officers, “I can’t breathe.” The officer who placed Garner in a fatal chokehold was fired but not criminally prosecuted.

The Garner case was one of a series of killings of black men by U.S. police officers that fueled the “Black Lives Matter” movement, which campaigns against violence toward black people and systemic racism.

FILE PHOTO: Protesters gather at the scene where George Floyd, an unarmed black man, was pinned down by a police officer kneeling on his neck before later dying in hospital in Minneapolis, Minnesota, U.S. May 26, 2020. REUTERS/Eric Miller/File Photo

On Tuesday thousands of protesters filled the streets around the scene of the deadly incident, a rally that took an unruly turn around dusk. Police in riot gear fired tear gas and non-lethal bean-bag rounds into the crowds, while protesters hurled water bottles and other projectiles, the Minneapolis Star-Tribune reported.

A protest was planned for Wednesday in front of the home of a police officer organizers say was involved in the incident, according to a posting on Facebook. The organizer said a peaceful protest was planned, but the officer will “feel our pain and what it’s like to be afraid for his life.”

A second video, from a nearby restaurant’s security camera, emerged on Wednesday. The footage, obtained by the Washington Post, captured the moments before the incident, showing two policemen approaching a vehicle and apprehending a man who was in the driver’s seat.

Reporting by Brendan O’Brien in Chicago; Editing by Bernadette Baum and David Gregorio