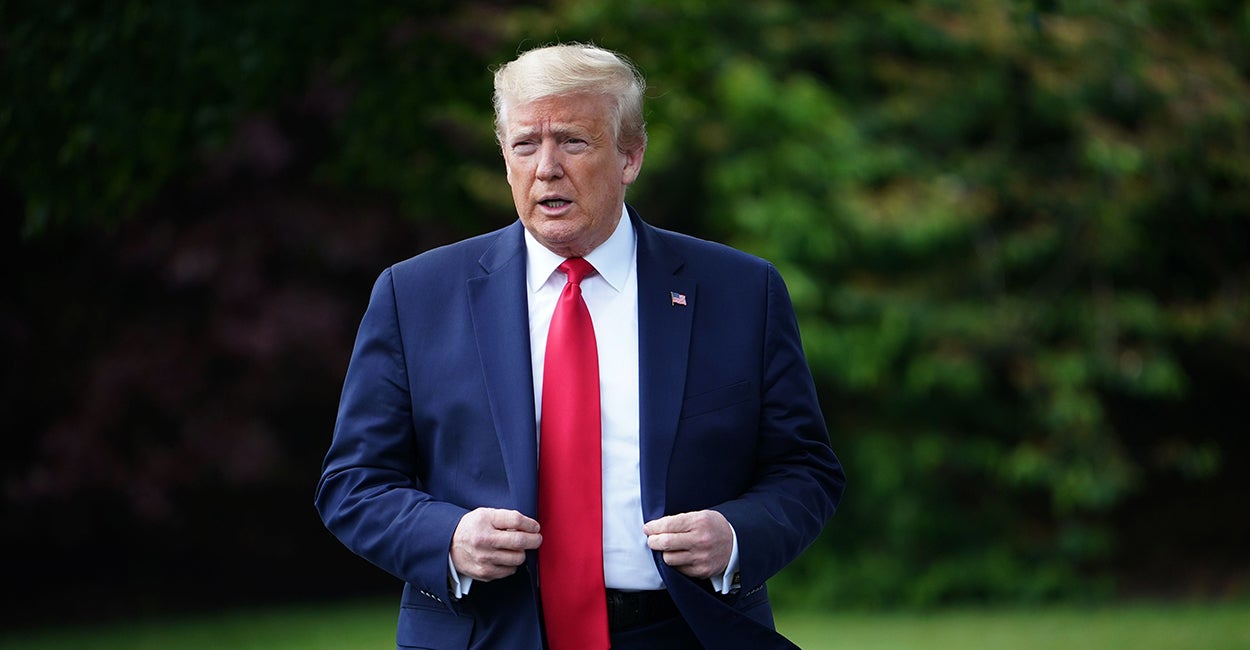 To the horror of some arms-control advocates, the Trump administration recently announced its long-considered decision to withdraw from the 1992 Treaty on Open Skies (OST).

Despite the expected outcry, it’s fully justified in doing so.

For years, Russia has been blatantly violating the 34-nation confidence- and security-building treaty, which came into force in 2002, and allows unarmed aerial observation flights over member states’ territory in the interest of military transparency.

But that isn’t happening due to Moscow’s mischief.

The list of Russian violations is long. For instance, back in 2010, Moscow started preventing OST observation flights from approaching to within 10 kilometers of Russia’s border with the Georgian regions of South Ossetia and Abkhazia.

While South Ossetia and Abkhazia are within the borders of Georgia, Moscow considers these areas to be independent states and, therefore, not party to the OST. As such, OST missions can’t observe them under the treaty. (In reality, these two regions have been under Russian occupation since 2008.)

Then there is Russia’s restriction on OST flight paths over the Russian highly militarized exclave of Kaliningrad, which is located between NATO members Lithuania and Poland on the Baltic Sea, limiting these missions to 500 kilometers in length.

That violation goes back to 2014—some six years ago.

Plus, last September, Moscow refused to allow a U.S. OST plane to fly over the Russian Tsentr-2019 strategic-level exercises; the military drills included China and involved upwards of 120,000 troops.

Writing this week, the director of national intelligence noted that, “For years, Russia has used the Open Skies Treaty to collect intelligence on civilian infrastructure and other sensitive sites in America, posing an unacceptable risk to our national security.”

That certainly isn’t in the spirit of the treaty—and exiting the OST will put a stop to it.

The latest OST provocation is Russia’s predictable propaganda ploy of designating an airfield in illegally-annexed Crimea for Open Skies aircraft use, insinuating that the peninsula is a part of the Russian Federation rather than Ukraine for treaty purposes.

Another issue, though unrelated to treaty troubles with Russia, is that the U.S. Air Force’s two Open Skies OC-135 aircraft are old and need to be replaced. In addition to its annual operating costs, replacing the OC-135 with newer airframes could cost some $200 million.

It’s also reasonable to argue that the photographic imagery gleaned from OST missions, while widely releasable to other member states, has been superseded by high-tech satellite systems that provide potentially better information more quickly.

To its credit, despite long-standing and ongoing Russian violations, the Trump administration undertook a monthslong, exhaustive interagency review of the costs and benefits of remaining in the OST.

The administration also reportedly consulted closely with OST allies and partners before making its final decision and, of course, has made its concerns known to the Russian side, which chose to remain in breach of the treaty protocols.

In the end, the Trump administration determined that Russia is willfully undermining the important tenets of the treaty, including openness, transparency, cooperation, and trust that support confidence and security-building measures.

In addition, as a general principle, there must be consequences for noncompliance with a treaty. Continuing to ignore these OST violations could serve to encourage additional Russian bad behavior in arms control—and potentially elsewhere.

Moreover, Moscow’s violations of the OST adds to deep-seated concerns about Russian belligerent conduct in Europe—and beyond.

It’s important not to forget its egregious material breach of the Intermediate-Range Nuclear Forces Treaty, its suspension of participation in the Conventional Armed Forces in Europe Treaty, and its defiance of the Chemical Weapons Convention.

Not to mention its support of the regimes in Iran and Syria.

Wisely, the Trump administration is leaving open the option of remaining in the treaty if Russia comes back into compliance. On Thursday, the president said: “Russia didn’t adhere to the treaty. So until they adhere, we will pull out … But there’s a very good chance we’ll make a new agreement or do something to put that agreement back together.”

The United States is well within its rights to begin the six-month withdrawal process from the OST—and the White House’s decision to do so rests squarely on the Kremlin’s willful violations of the nearly 3-decades-old treaty.

Originally published by The National Interest

The McCarthyism is Anti-Trump
Joe Biden Incoherently Babbles When Asked When Children Under 12 Will be Able to Get Vaccinated (VIDEO)
U.S. to Sanction Members of Cuban Military and Police
TGP’s Jordan Conradson Joins Alex Jones to Talk About the Arizona Audit Hearing (Video)
Imprisoned film mogul Harvey Weinstein turned over for extradition to California in sex crime case