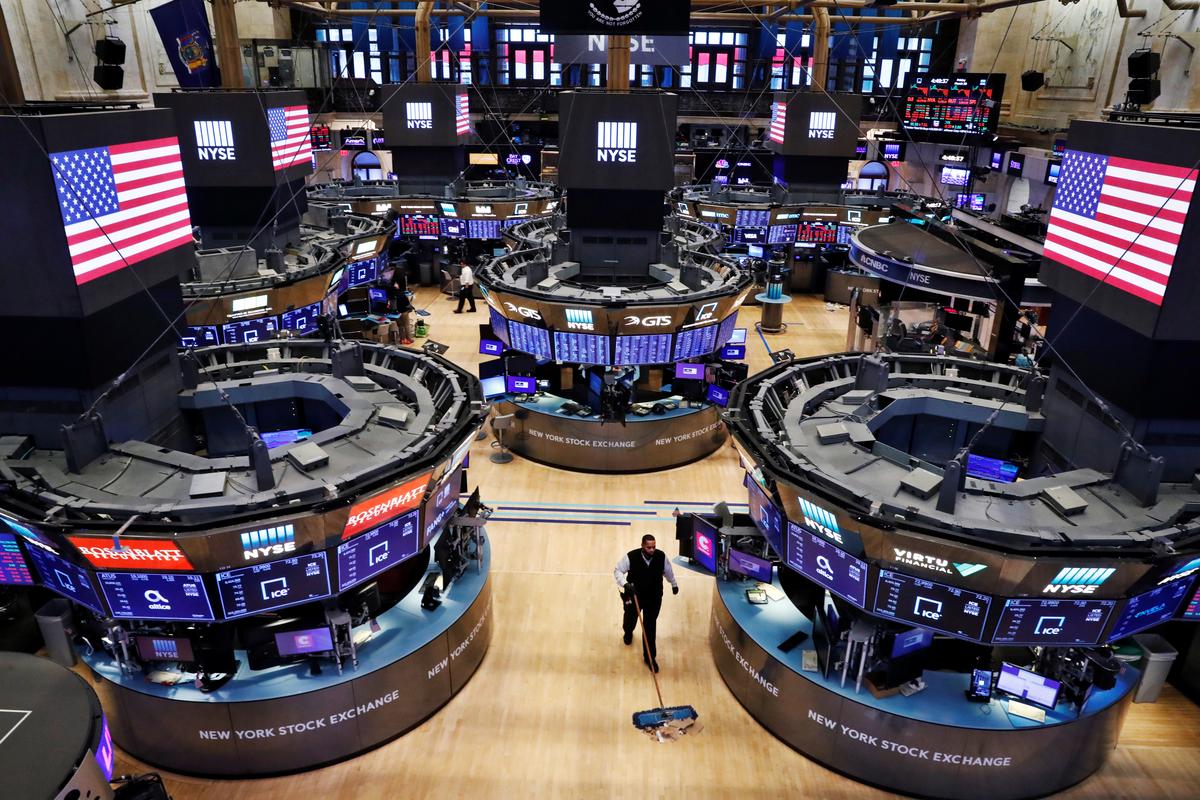 (Reuters) – Wall Street ended mixed on Friday in a mostly tame finish to a week of strong gains, as investors gauged China-U.S. tensions and amid ongoing uncertainty about the pace of economic recovery from the coronavirus.

FILE PHOTO: A worker cleans the floor of the New York Stock Exchange (NYSE) as the building prepares to close indefinitely due to the coronavirus disease (COVID-19) outbreak in New York, U.S., March 20, 2020. REUTERS/Lucas Jackson

President Donald Trump’s warning on Thursday that the U.S. would react strongly to China’s plan for a national security law in Hong Kong has raised concerns over Washington and Beijing’s possibly reneging on their Phase 1 trade deal.

Late in the session, stocks edged lower after the U.S. Commerce Department said it was adding 33 Chinese companies and other institutions to an economic blacklist for human rights violations and to address U.S. national security concerns.

The increasing rhetoric between Washington and Beijing has knocked Wall Street off multi-month highs, although the three main indexes still all rose around 3% for the week, fueled by optimism about an eventual coronavirus vaccine and the easing of virus-related curbs.

“We still think COVID-19 concerns are in the driver’s seat, but we could see U.S.-China relations move back into the front seat,” said Eric Freedman, chief investment officer at U.S. Bank Wealth Management.

U.S. stock exchanges will be closed on Monday for the Memorial Day holiday.

The Nasdaq index is down about 5% from its Feb. 19 record high, helped in recent weeks by gains in Microsoft, Amazon and other heavyweight companies seen coming out of the economic downturn stronger than their smaller rivals.

A drop in Chevron weighed on the Dow.

Reporting by Noel Randewich in Oakland, California; Additional reporting by Ambar Warrick in Bengaluru and Pawel Goraj in Gdansk; Editing by Leslie Adler