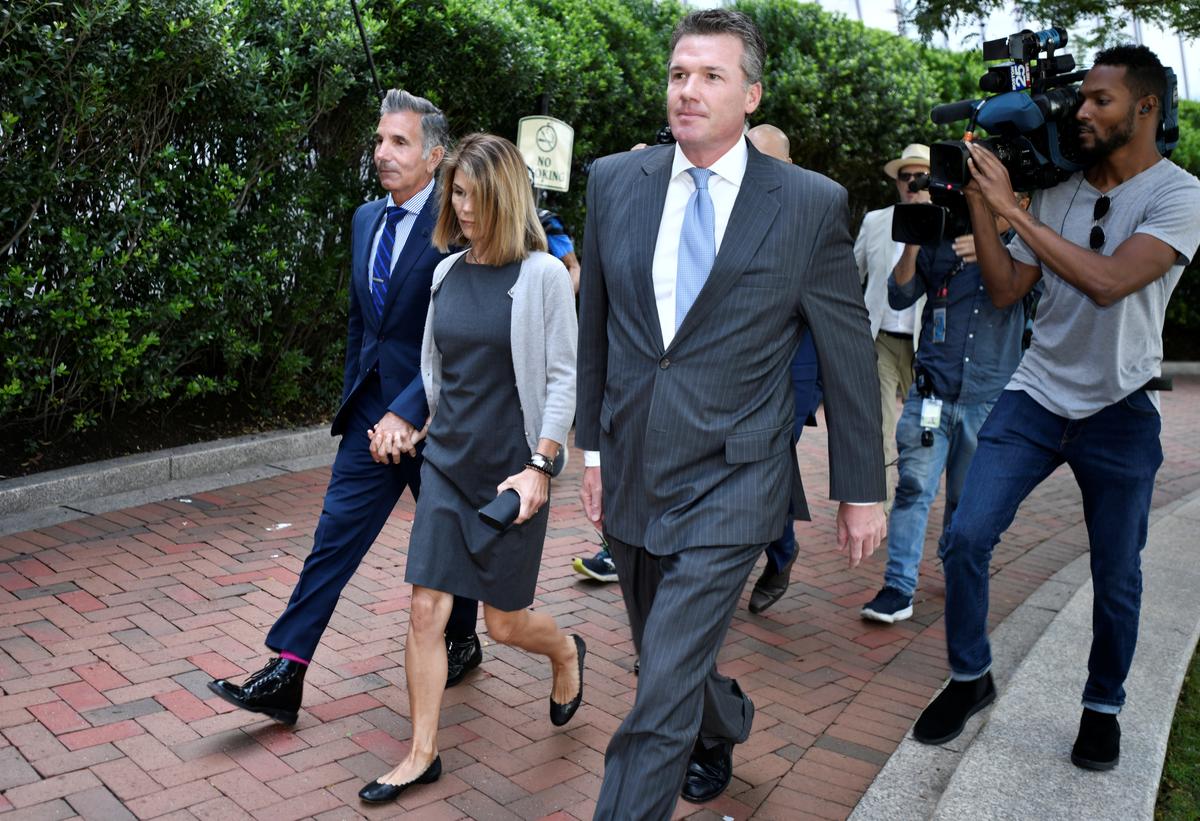 (Reuters) – “Full House” actress Lori Loughlin and her husband have agreed to plead guilty to U.S. charges they conspired to fraudulently secure their daughters admission to the University of Southern California, federal prosecutors said on Thursday.

Loughlin, 55, and her husband, fashion designer Mossimo Giannulli, 56, have agreed to serve two months and five months in prison, respectively, under plea agreements filed in federal court in Boston.

They are expected to plead guilty on Friday to conspiracy to commit wire and mail fraud. Loughlin and Giannulli also agreed to pay fines of $150,000 and $250,000, respectively.

U.S. Attorney Andrew Lelling in a statement said the plea deals ensure “these defendants will serve prison terms reflecting their respective roles in a conspiracy to corrupt the college admissions process.”

Loughlin and Giannulli are among 53 people charged with participating in a scheme where wealthy parents conspired with a California college admissions consultant to use bribery and fraud to secure their children’s admission to top schools.

Prosecutors allege Loughlin and Giannulli agreed with Singer to pay $500,000 in bribes to have their two daughters named as fake University of Southern California rowing team recruits.

The couple had been scheduled to face trial in October alongside other parents. Their lawyers previously contended they believed their money was being used for university donations.

By Friday, 24 of the 36 parents charged will have pleaded guilty, including “Desperate Housewives” star Felicity Huffman, who received a 14-day prison sentence.

The longest sentence a parent has received was the nine-month term imposed on Douglas Hodge, the former chief executive of investment firm Pimco.

CBS Goes to Ireland to Decry ‘Medieval’ End of Roe: U.S. Will Be Like Egypt
Anti-gun leftist Bette Midler ripped as ‘massively irresponsible’ for telling people to ‘come armed’ to possible NRA convention protest
Uvalde mayor fires off blunt message to ‘haters’ who don’t like how he handled Beto O’Rourke: ‘To hell with you, too’
NYPD Arrest Suspect in Fatal Subway Shooting
Morning Nets Ignore GDP Dropping for ‘Worst Quarter’ Since Q2 2020