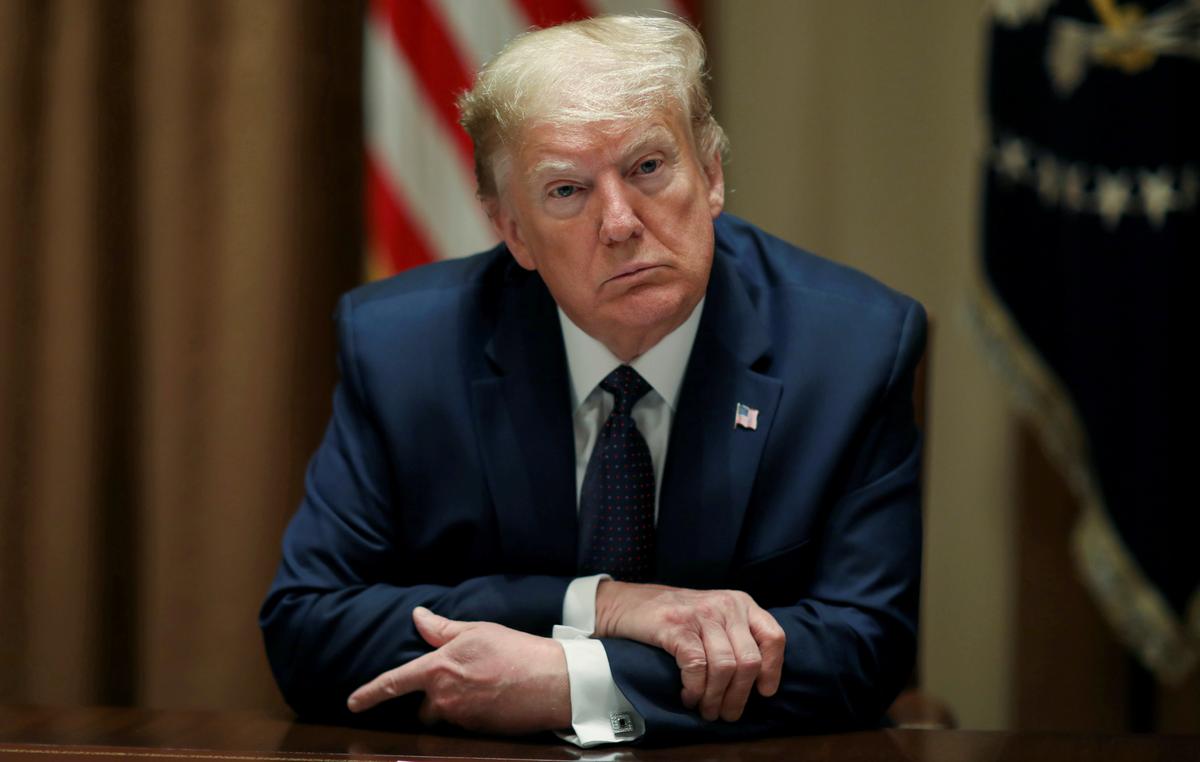 (Reuters) – U.S. President Donald Trump threatened on Monday to permanently halt funding for the World Health Organization (WHO) if it did not commit to improvements within 30 days, and to reconsider his country’s membership of the agency.

Trump suspended U.S. contributions to the WHO last month, accusing it of promoting Chinese “disinformation” about the novel coronavirus outbreak, although WHO officials denied the accusation and China said it was transparent and open.

“If the WHO does not commit to major substantive improvements within the next 30 days, I will make my temporary freeze of United States funding to the WHO permanent and reconsider our membership,” Trump told its chief, Tedros Adhanom Ghebreyesus, in a letter posted bit.ly/3bNB3R7 on Twitter.

Earlier, Trump said the Geneva-based WHO had “done a very sad job” in its handling of the coronavirus, which emerged in China late last year, and he would make a decision on funding soon.

Trump said in the letter the only way forward for the WHO was for it to demonstrate independence from China, adding that his administration had started discussing reform with Tedros.

Trump also made various accusations against China in the letter including that it tried to block evidence the virus could be transmitted between people, pressed the WHO not to declare it an emergency, refused to share data and samples and denied access to its scientists and facilities.

China hit back on Tuesday with its foreign ministry spokesman, Zhao Lijian, saying the letter was slanderous.

“The U.S. leadership’s open letter is filled with phrases of suggestions, maybes, and potentialities, and is trying to mislead the public through this specious method, to achieve the goal of smearing and slandering China’s efforts in epidemic prevention and to shift responsibility in its own incompetence in handling the epidemic,” Zhao told a regular briefing.

Zhao said the U.S. decision to stop contributing to the WHO was a violation of its international obligations.

‘REVIEW AS SOON AS POSSIBLE’

A WHO spokeswoman in Geneva said on Tuesday the agency had no immediate comment on Trump’s letter but expected to have “more clarity” and a reaction to it later in the day.

On Monday, the WHO said an independent review of the global coronavirus response would begin as soon as possible and it had received backing and a hefty pledge of funds from China.

The WHO, a U.N. specialized agency, is leading a global initiative to develop safe and effective vaccines, tests and drugs to prevent, diagnose and treat COVID-19, the disease caused by the virus.

More than 4.75 million people have been infected globally and 314,414 have died, according to a Reuters tally.

This year, the United States has already paid the WHO about $58 million, senior Trump administration officials said last month, half of what it is required to pay for 2020 – known as an assessed contribution.

It was not clear how much voluntary funding the United States has provided for WHO programmes in 2020.

‘It changed me’: The investigation into one of history’s worst space disasters – and its legacy
Alec Baldwin to make first court appearance over fatal Rust shooting this month
Biden Dodges Blame For Inflation: ‘It Was There When I Got Here, Man’
Nordstrom stock surges after activist investor Ryan Cohen buys stake in retailer
‘These cops were blue before they were black’: Ana Navarro of ‘The View’ downplays race of black police officers charged with murdering black man Tyre Nichols