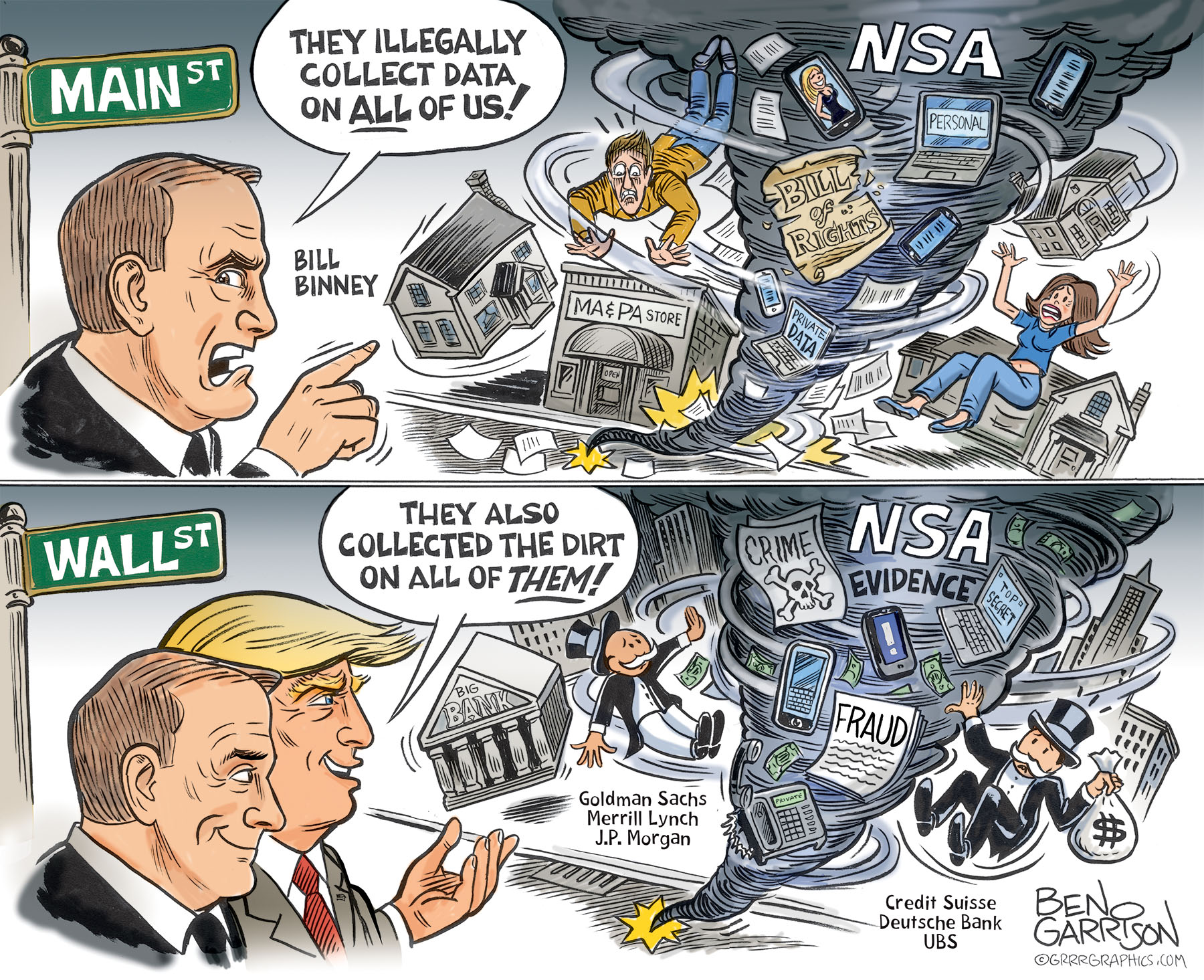 The Wind blows both ways..

Bill Binney blew the whistle on NSA violating all applicable laws and regulations in how it spied on US citizens, but today he is helping our President — and could help our President confiscate $100 trillion stolen from the public — by leveraging the NSA database against white-collar criminals on Wall Street.

William Binney is a former Technical Director at the National Security Agency (NSA) who reported the NSA through proper channels — to the Inspectors General of both the Department of Justice and the Department of Defense —  for its wanton violation of all applicable laws and regulations pertaining to the protection of US citizen privacy. His home was attacked by the FBI and guns pointed at his head while he was in the shower (he is a double-amputee). The FBI surrendered once they understood the depth and breadth of the information that would be released to the public if they persisted in the same kind of misconduct against him as they have pursued against Mike Flynn and others.

He is an authority on NSA capabilities and has since leaving NSA in 2001 founded the firm Pretty Good Knowledge to advise the government on the application of NSA capabilities toward domestic traitors, elite pedophiles, and white-collar criminals, and on how to assuring electronic election process integrity. His firm also helps the private sector with the Thin Thread meta-data sense-making tool.

He is on record recently as stating that with ten people in thirty days he can harvest all relevant NSA data on all Wall Street firms violating the law by doing naked short selling for themselves, and money launder for a fee from drug dealers and those who trade in women and children. President Donald Trump knows Bill Binney and is fully appraised of how NSA can be used against our domestic enemies.

PBS NewsHour Special Pushes Liberal Line on Guns and American Racism
Florida man caught on viral video beating his dog gets 3-year prison sentence and is forbidden from owning any animals
Woman allegedly met 87-year-old Holocaust survivor on dating site, conned him out of millions that she blew on luxury items
An Arm and an Egg
SCOTUS Did Not Disclose Financial Relationship With ‘Independent’ Expert Hired to Validate Leak Probe