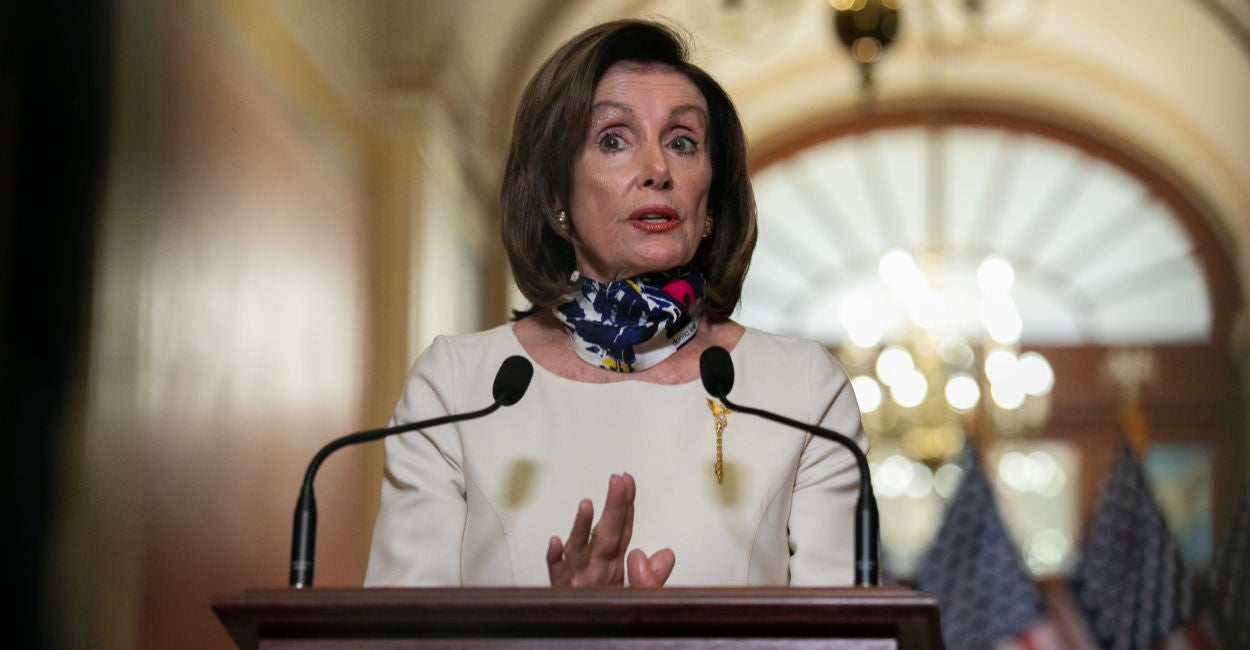 In the pantheon of great lines suitable for induction into “Bartlett’s Familiar Quotations” is Speaker Nancy Pelosi’s 2010 comment about Obamacare: “We have to pass the bill so that you can find out what is in it.”

While that seemed outrageous and even comical to many at the time, it has become an all-too-familiar pattern for legislators who focus more on TV appearances, fundraising, and their reelections than on the laws they pass without reading them first.

The latest bank-breaking measure to narrowly pass the House (even some Democrats voted against it) is a $3 trillion package styled “coronavirus relief.” It is more than 1,800 pages long.

The disingenuous title is an effort to position it as something that will be more acceptable than honest descriptions such as “boondoggle” and “vote buying.”

The package is supposed to help people struggling due to lost jobs and closed businesses, but it is more favorable to Democrat constituencies and left-leaning interest groups that rely on their party for bailouts.

There have been efforts, especially in recent years, to lengthen the time between when a bill is written (usually by staff members and lobbyists) and when members vote on it, giving everyone plenty of time to read the bill. The latest stimulus bill is only the most recent example of what happens when that doesn’t take place.

Passed by the slim margin of 208 to 199, the measure contains significant amounts of cash for states with Democratic governors and legislatures, which have misspent taxpayer money and now find themselves in deep debt.

Commenting on efforts to allow more time for members of Congress to read bills before voting on them, Quentin Kidd, Department of Political Science professor at Christopher Newport University, has said:

I unfortunately don’t think that members of Congress will use that time reading the bill. They will use that time doing other things, and they will continue to do what most of them do right now, which is to pay attention to their staff or listen to what lobbyists say.

Among the many outrageous components of this latest bill, as if $3 trillion we don’t have and must be borrowed isn’t outrageous enough, is a provision that gives money to Democrats’ newest constituency, noncitizens or undocumented immigrants, which is how Democrats like to refer to them, who now have tax identification numbers.

In saying the bill is “dead on arrival,” Senate Majority Leader Mitch McConnell, R-Ky., added, “It’s a parade of absurdities that can hardly be taken seriously.”

And yet part of it will be taken seriously. Even McConnell acknowledged the inevitability of more spending when he told The Wall Street Journal another bill is probably necessary.

Whatever the Senate negotiates with the House will certainly add to the previous $2 trillion measure, which didn’t trickle down to some of the neediest individuals and small businesses, but contained horror stories such as checks going to dead people or to multimillion-dollar businesses or millionaires who didn’t need it.

Rapper and reality TV star Maurice Fayne, aka “Arkansas Mo,” received $2 million. According to the U.K. Daily Mail, Fayne spent part of it on a Rolls Royce, a Rolex watch, and child support, rather than retaining workers in his transportation business. He had applied for $3 million, so perhaps the government can claim it saved money. Thankfully, Fayne has been arrested, but will he be forced to return what remains of the money?

Anyone curious as to why in March the Gallup poll found public disapproval of Congress at 74% (it was 64% in April possibly because of the stimulus money) need look no further than the way the professional class operates. In too many instances, it acts more in its own self-interest instead of the long-term public good.

Audi’s new EV is a luxury SUV with augmented reality that doubles as a pickup
Woke makeup brand shares photo of what appears to be a bearded man wearing bright pink lip cream
The Cartels Could be our Greatest Threat
Ford and General Motors enter a new phase of uncertainty on prices and demand
Alzheimer’s Association ends brief partnership with pro-assisted-suicide group: ‘We deeply regret our mistake’