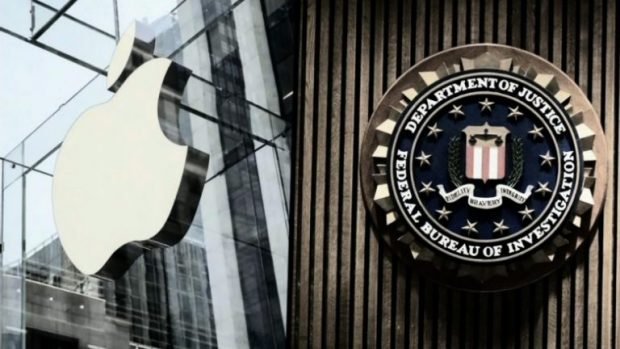 FBI used the data to discover a connection between Alshamrani and an al-Qaida operative before his 2019 shooting spree.

“The delay from getting into these devices didn’t just divert our personnel from other important work, it also seriously hampered this investigation,” Wray said before noting that “we really needed it months ago back in December, when the court issued its warrants” for Alshamrani’s phone.

The FBI obtained a court order to access the phone within a day of the shooting, according to the WSJ’s report, which notes that neither Barr nor Wray provided details about how they were able to gain access to the phone.

Alshamrani began communicating with al-Qaida operatives in the Arabian Peninsula for several years before he began training with the U.S. military, officials said, noting that they were able to make that determination after breaking into his two locked iPhones. The FBI was able to bypass Apple’s security features but only after months of effort, Barr said.

“The truth is that we needed some luck here in addition to the ingenuity to get into the phones this time,” Barr said. “There’s no guarantee that we can be successful in the future or avoid massive delays, in this case, for months.”

Barr previously criticized Apple’s lack of assistance on the Alshamrani case. “This situation perfectly illustrates why it is critical that the public be able to get access to digital evidence,” Barr said during a press conference in January.

If investigators had to use certain tools to guess the shooter’s password, then the effort could have taken anywhere between two days to several years, depending on the uniqueness of the password. A password containing letters and numbers means a larger number of passcodes, making the phone harder to break into.

Apple has not responded to the Daily Caller News Foundation’s request for comment.

The Silicon Valley giant has pushed back against FBI requests in the past, but has also caved on other measures meant to encrypt back up phones as well. Apple reportedly told the FBI two years ago that it planned to offer end-to-end encryption, but backed off after the bureau complained. The move would have made it difficult for even Apple to gain access to user information.

Air Force General Predicts U.S. Will Be At War With China In 2025: ‘I Hope I Am Wrong’
Officer, father-to-be killed by released convicted felon — Calif. DA says Newsom has ‘blood on his hands’ for ‘warped’ criminal justice system
Alec Baldwin to make first court appearance over fatal Rust shooting this month
Why is Rick Astley suing rapper Yung Gravy?
Cracks in the Republican Majority Already Showing