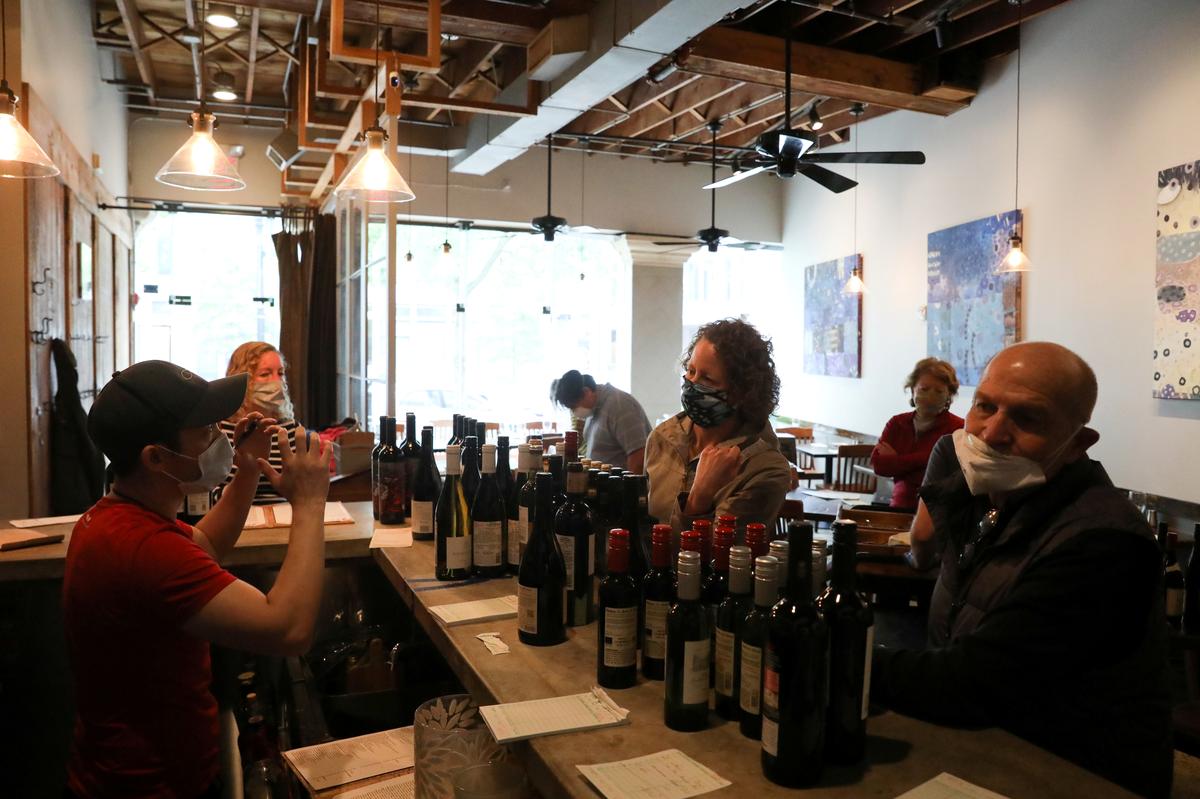 Customers buy up stocks of wine, food and kitchen supplies as the French restaurant Montmartre closes after 20 years of operation on Capitol Hill due to financial pressures caused by the coronavirus disease (COVID-19) outbreak in Washington, U.S., May 19, 2020. REUTERS/Jonathan Ernst

WASHINGTON (Reuters) – It is proving hard to reduce the number of coronavirus cases in the Washington, DC area, a senior administration official said on Tuesday, even though the nation’s capital is where the voices are loudest about the need for social distancing.

The official, briefing White House reporters, said Washington and its metro area in Maryland and Virginia, as well as Chicago, Los Angeles and Minneapolis, remain on a virus “plateau” without a sharp decline in cases.

Most other major metropolitan areas, including New York, Philadelphia and Atlanta, are down from their peaks, said the official, who requested anonymity.

The official said it was unclear why Washington, Chicago, Los Angeles and Minneapolis were not experiencing declines close to other major cities but said it was being studied.

The official had three take-aways from the latest data about the virus:

– The major metropolitan areas are starting to improve significantly.

– A lot of states have been doing what is necessary to test people and do contact tracing to find outbreaks and stop community spread.

– Testing has been expanding at a rate that in several instances has state governors telling federal officials “they need more people to test.”