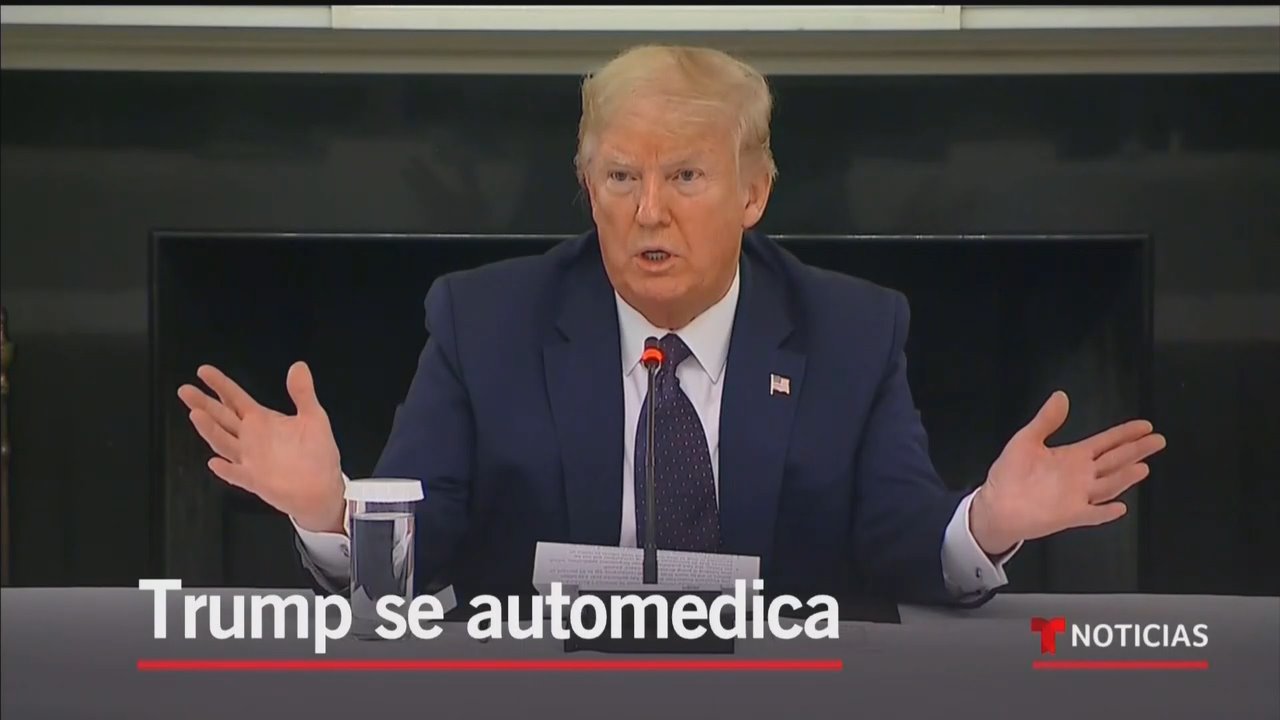 Today’s Telemundo report on President Trump’s decision to take hydroxychloroquine, under the supervision of the White House physician, is certain to go down in the annals as one of the biggest fake news pieces of 2020 and further cements the network’s flair for the absurd.

Watch below as anchor José Díaz-Balart sets the story up for correspondent Javier Vega by asking “why did Trump decide to self-medicate”, only to have that framing immediately blown up by Vega:

JOSÉ DÍAZ-BALART: President Trump said today that he is taking hydroxychloroquine despite the fact that neither its effectiveness against coronavirus nor its preventive capability are proven. Javier Vega is in Washington. Javier, do we know why the president decided to self-medicate with this drug?

JAVIER VEGA: Good afternoon, José. The simplest answer according to the president is, because his doctor prescribed it- that is, the White House physician.

This happened after teasing the newscast by blaring “TRUMP SELF-MEDICATES”, as seen in this post’s thumbnail image. The framing of the story suggests that the President of the United States somehow slipped his Security Service detail and copped some HCQ on a corner, or perhaps knocked over a pharmacy. But nothing further from the truth.

The story then goes into questions surrounding the effectiveness of HCQ based on the V.A. study that has been questioned by some and completely discredited by others. But by then it didn’t matter, because the story’s framing was blown up less than 10 seconds into the story.

Grossly fake stories like these, from folks that know better, are precisely why the Spanish-speaking public continues to cry out for an alternative.