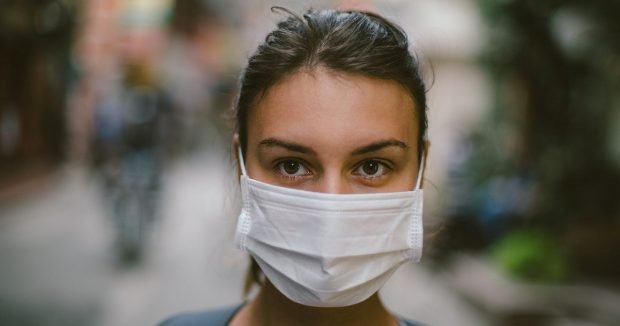 I have tried mightily to not write anything more about the COVID-19 pandemic. I have, no pun intended, avoided it like the plague. But as our nation contemplates restarting itself in the midst of all this, and alarmist voices grow more shrill, I can’t help but wonder what we’ve become.

Americans are an optimistic people. We are hopeful. We believe in ourselves. We are the eternal optimists who fired the great industrial engine that drove the world in the late 19th and early 20th centuries. Our Founders faced what was then the world’s superpower, risking “our lives our fortunes and our sacred honor” to secure their right (and ours) to be commanders of their own lives. We are the people who fought two world wars in the cause of free people everywhere. We meet every challenge head-on, and we conquer it. It is part of our national DNA. It’s who we are.

Or perhaps, who we were. Too many Americans have thrown their basic Constitutional rights to the four winds for the perception of safety. Governors and mayors from the coasts to the heartland have turned themselves into de facto dictators, finding new, nonexistent powers to rule over their subjects like kings and queens. And perhaps the saddest act in this tragic play is that “We the People “have not only provided our consent but taken to ratting out our countrymen to the state. I believe that this “pandemic” of a virus with a 98% survival rate has revealed just how decayed our sense of our heritage as Americans have become.

We have become willing to accept the loathsome term, “new normal.” We’re being told we can’t have our lives back, possibly ever. We are told that it is irresponsible and “selfish” to expect our birthright heritage of freedom. We are told that to expect to be able to open our businesses, earn a living, meeting with friends for dinner, or have a drink after work are no longer acceptable or only acceptable within the random diktats of the state. The “follow the science” crowd stopped following the science when the models predicted 2.2 million dead Americans. We’ve revised the numbers down but not the response. We’re just going to have to adjust to that new reality.

But with rights comes responsibilities, argues the herd. You have to be a responsible citizen and live inside the guidelines else the virus (remember, a 98% survival rate) may have a resurgence. We have been presented the entirely false dichotomy of “saving lives or reopening the economy.” And in this black or white, A or B discussion emotive hyperbole overrules the logical almost every time – with the added bonus of making those mean old capitalists and conservatives look uncaring and cold.

The question I inevitably ask right-back is, why can’t we do both? The greatest, freest nation ever seen on this planet cannot protect the at-risk populations while free citizens continue to be free? I believe any American worthy of their heritage will answer a resounding “YES!” Sadly, those voices seem to be lost or, in the case of the media, intentionally minimized in the larger discussion.

Perhaps nowhere in this abdication of ourselves is there a better example than in recent column by Peggy Noonan entitled, Americans Need Hope As Well As Safety. In it, after a nodding acknowledgment that capitalism can save the day comes the odiously penned line:

“A mask isn’t a sign of submission as some idiots claim. It’s a sign of respect, responsibility, and economic encouragement.” It says, “I’ll do my small part.”

Like the rainbow flag, the pronoun preferences, the corporate policies of political correctness, the mask has become the ultimate virtue signal. Only this one comes with the added bonus of not just public shaming, but the possibility of being snitched on by fainter souls who will see the power of the state used to deprive you of freedom – the moral narcissists among us.

By Noonan’s definition, the men who fought our American Revolution were idiots. After all, paying the tax on tea isn’t a sign of submission to the crown – it is a responsibility and economic encouragement. The men who drove the railroads across the plains in the face of tribes of hostile Indians were idiots. The men who waded ashore at Omaha Beach and the women who stayed home and built tanks, ships, and planes by the score were idiots. In the face of uncertainty, fear, and many cases, certain death, they erred on the side of freedom. So should we. It’s the American thing to do.

Could Lower Standards for Police Recruits Breed Future Misconduct?
Senators push for airline passenger protections after holiday travel meltdown
Man who fatally shot 13-year-old male in DC charged with murder after turning himself in; he said teen ran toward him amid car break-in confrontation
Column: This Just In, Journalistic Objectivity Is Obliterated
Teacher who was brutally attacked by 9th-grade girl hospitalized, said to be unable to walk; student charged with aggravated battery