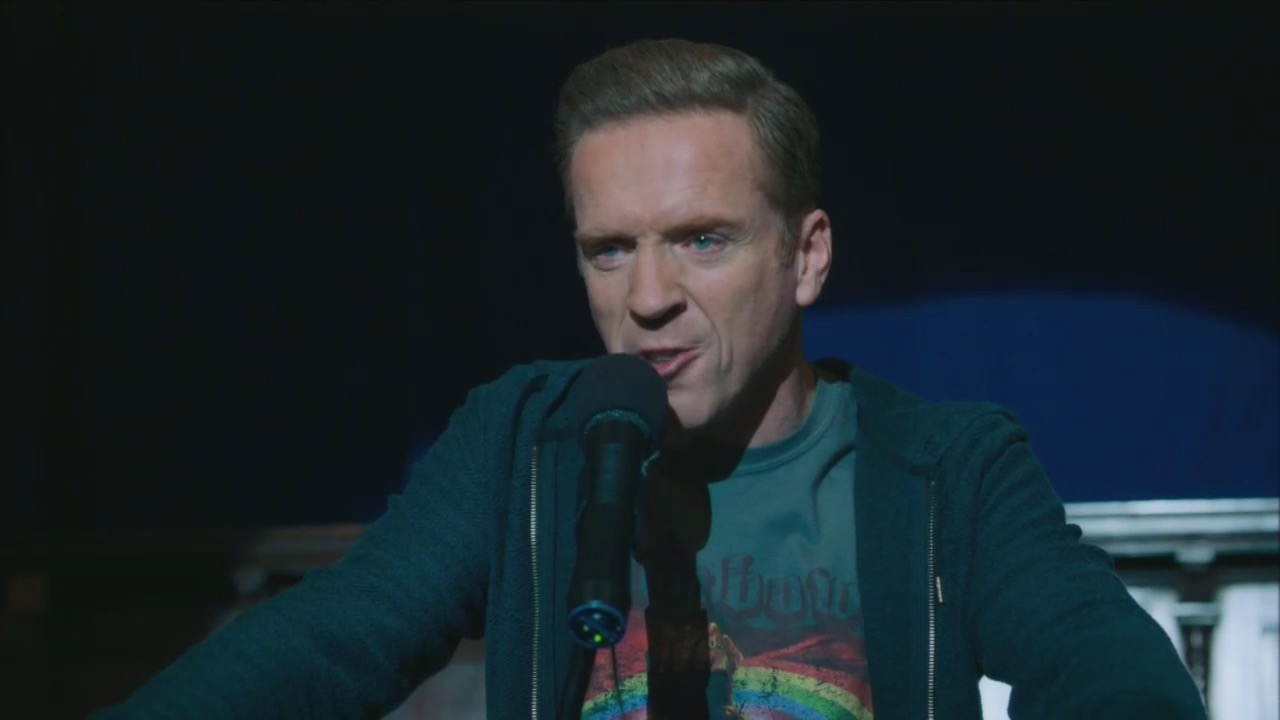 In so doing, it revealed more than just Axe’s ruthlessness. It proved that his idea of what capitalism is, is not the same capitalist theory of economics supported by Adam Smith or Milton Friedman and lauded by conservatives and libertarians.

In the episode, Beg, Bribe and Bully, Axe does all three plus a fourth: blackmail. After attempting to build a crypto-mining operation in the dorm that causes the entire campus and town to blackout, Axe’s son Gordie faces expulsion. Axe comes to the rescue, first by trying to pay off the headmaster and then resorting to blackmail to keep his son enrolled at the prep school.

While forcing Headmaster Kessler to cave, he demands the opportunity to restore his son’s reputation by speaking to the entire student body.

“My son wasn’t pulling a prank. He was trying to earn. And if he broke the school’s code, it’s because the code is wrong,” Axe tells them. “It asked him to go against the DNA which is telling each of you to be greedy, yes be hungry. Subjugate and conquer. Cause that’s who we are. That’s what we are.”

He continued, “Capitalism harnesses that better than any other economic model on earth. Everything we have is because of capitalism. Cause someone had an incentive to get up off his ass, to out invent, to out earn and to subjugate others. Less capable, less intelligent, less lucky to make those capitalistic dreams come true.”

Axe’s view that capitalism is about conquering others is the very caricature of capitalism constantly put forward by liberals and socialists.

Real capitalism benefits society because it requires businesses provide something of value and transactions rely on voluntary exchanges. Adam Smith’s philosophy of free markets boiled down to the idea that when people act out of self-interest, they will provide things of value to others in exchange for money (Smith cited a butcher, brewer and baker). People are rewarded with wealth by providing what others need or want.

In order to win, Axe cheats. He bribes people, or pays them off. There is no morality in his quest for wealth.

While there may be real people like him, that does not mean they are true capitalists.

“Capitalism (at least in its free-market, laissez faire ideal) is a system of the voluntary exchange of goods and services in the absence of physical coercion, theft, compulsion or fraud, predicated upon the fundamental right to own and accumulate property,” Antony Sammeroff wrote at Mises.org. [Emphasis added]

Absence of coercion, theft, compulsion and fraud. That’s the key difference between capitalism worth defending, and its portrayal on television shows like Billions, not to mention movies and anti-capitalist political rhetoric.

Also this week on Billions, Taylor Mason and her lieutenant Sara Hammon butted heads over a fossil fuel divestment. Together they convinced a college chancellor and his board of trustees to divest from fossil fuels without it looking like students pressured him to do it. However, when Sara argued the firm should make a deal with the oil companies being divested from (to make money on both sides of the trade), Taylor refused saying “It’s not who we are. Or who I want to be.”