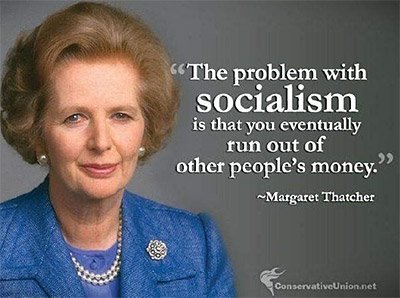 When Obama was president he wanted his “hope and change” for America. I believe he was “hoping”  to “change” us into a socialist state and eventually a Muslim state since he was a Muslim disguised as a Christian and brought in 900,000 Muslims, seeded them throughout the United States and they made their capital in  Dearborn, Michigan. This is what brought us the likes of Ilhan Omar and Rashida Tlaib. Obama said it wasn’t right that we were No.1 in the world and that we should be equal to everyone else. He then proceeded to deplete our Military to pre-WW11 status.

Further enhancing this idea of making us a socialist state and a one-world government were globalists like the evil billionaire George Soros and his fellow globalists like Hillary and Bill Gates all taking part in what will become the NWO or New World Order.

Young millennials mostly favor socialism and are misguided by the attraction of everything being free, free education, free housing, free Medicare for everyone, free hospitalization, free everything and they fall for it. Their latest hero is this young Alexandria Ocasio-Cortez who flashes around socialist rhetoric like it’s going out of style, but is not too bright. Some have called her the face of the new democrat party.

The Democratic Socialists of America have an estimated 10,000 new members—growth that organizers attribute, in part, to the coronavirus pandemic.

Membership in DSA chapters around the country has surged in the past eight weeks. An estimated 10,000 people have joined since March, bringing the group’s total membership to roughly 66,000, according to internal figures. Enrollment fluctuates month to month, but the DSA hasn’t seen numbers like this since the election of Representative Alexandria Ocasio-Cortez in 2018, a spokesperson said.

“People are really starting to just look around and say, ‘Man, capitalism isn’t working,’” said the co-chair of the Detroit DSA chapter, “If the markets can’t even produce hand sanitizer or toilet paper or masks during a plague—what good is this system?”

First, millennials don’t seem to know what socialism is, and how it’s different from other styles of government. The definition of socialism is government ownership of the means of production—in other words, true socialism requires that government-run the businesses. However, a CBS/New York Times survey found that only 16 percent of millennials could accurately define socialism, while 30 percent of Americans over 30 could. (Incidentally, 56 percent of Tea Partiers accurately defined it. In fact, those most concerned about socialism are those best able to explain it.)

While millennials’ support for socialism may reflect their youth, there is reason to believe that our increasingly gutted civic and economic instruction has failed to prepare them to see the potential pitfalls of socialistic policies.

A major lesson of the twentieth century has been that government economic planning not only does not work, it hurts people.

A recent article on a website called Patriot Poll Alerts had a good explanation of socialism:

Socialism is about as un-American as a political philosophy can get. A system that puts the government in control instead of the people abolishes economic freedom, and replaces God with the State is wrong for a free, Christian country.

America was founded on freedom and the right of every individual to pursue their own dreams. Socialism, by contrast, makes everyone into a slave of the state.

Socialism’s goal — total equality of outcome — is impossible without entrusting the state with totalitarian powers to reshape society.

Socialist philosophy is atheist and anti-family at its core. According to socialist philosophers, basic social structures like the church and the family are oppressive and need to be abolished.

Radical Leftists want to destroy our country. For some reason, the only way they think they can improve upon our current system is to burn it all down and start from scratch. But that’s not an improvement; that’s just destruction—and when you have the most solid foundation of any country ever created, you can’t risk destroying what was built. At most, you remodel from time to time to makes sure everything’s up-to-date, but destroying the very foundation just makes the whole thing collapse. Anyone with half a brain could see that. They want to destroy our country because they hate it…

Democrats can’t stand our country. They want to change it into some European-esque bastion of Liberalism that they believe will usher in a utopia.

Now with this virus, the Dems have made it into a political ideology. Having people stay in their homes, practice social distancing, wearing protective masks is all government control with the government watching over us and keeping track of where each person lives and goes. Wearing masks is turning us into faceless minions of the state. So if one chooses to live the life of a shut in afraid of being exposed to viruses and possibly dying then they are already dead!!!

One of the most frightening things about the bailouts is that some people find that they are receiving more money for not working than they did when they were working.

Long before the crisis, we have seen the rise of the popularity of socialism among the young in America. A Gallup poll about a year ago found that four in ten Americans embrace some form of socialism. Yipes!!!.

In short, if we are not careful, this crisis could end up greasing the skids toward socialism, or are we there already?.

President Trump wants to see us “inch” back to work and to recovery. But many Americans want to see us embrace socialism. Long before the coronavirus crisis, NYC socialist Congresswoman Alexandria Ocasio-Cortez was arguing that the “super-wealthy” should be taxed up to 70 percent of their income in order to fund the socialist “green new deal.”

Someone might ask, “What about Scandinavia?” They too abandoned socialism because it doesn’t work. Instead, they have capitalism with a “liberal welfare state.”

What about all the young Americans who claim to embrace socialism? They are thinking of socialism as just being “share and share alike.” But that’s not what it is. In socialism, the state becomes a god. In a nanny state, you get the people more and more dependent upon the government for their very living.

That is what makes this present meltdown of the economy so frightening. There may be many on the marginal side of daily life who are content to rely upon the government—even as a way of life beyond the crisis.

Some people have said that the Bible teaches socialism. They’re wrong. They’re simply wrong and they’re very simplistic. The Bible tells us a great deal about the nature of man, which is pretty basic. And the heart of man, according to Jeremiah, is ‘deceitful and desperately wicked; who can know it?

Dennis Prager, founder of Prager U, once said in a TV interview, “[Socialism] is against human nature. The moment you tell people that the community will take care of you, they work less. It undermines character.”

Every e-mail you post and send, every cell phone call you make, every text message you send is all recorded in the NSA building in Utah. The government knows who you are and where you are at all times.  A few years from now they’ll come up with another better way to track you.  Once that infrastructure has been put in place, we have lost our freedom, we have lost our country.

We are America. We are exceptional. True Americans don’t hide from danger, we attack it. We are a nation of risk-takers and First Responders. We don’t “run, hide, shelter.” We don’t willingly give up our jobs, or careers, or rights. We fight back.

True  Americans don’t accept a choice of poverty or life. In America, we find a way to protect the weak and still keep the economy, opportunity, mobility, and prosperity alive. NEVER AGAIN will we make this mistake.

“Socialism only works in two places Heaven where it is not needed and Hell where they already have it!!!” Ronald Reagan

When the law no longer protects you from the corrupt…but protects the corrupt from you, You know the nation is doomed!- Ayn Rand

A socialist is someone who wants everything you have, except your job!

Listen to Ron and Kay Rivoli’s song warning about us becoming the U.S.S. of A. back in 2009: