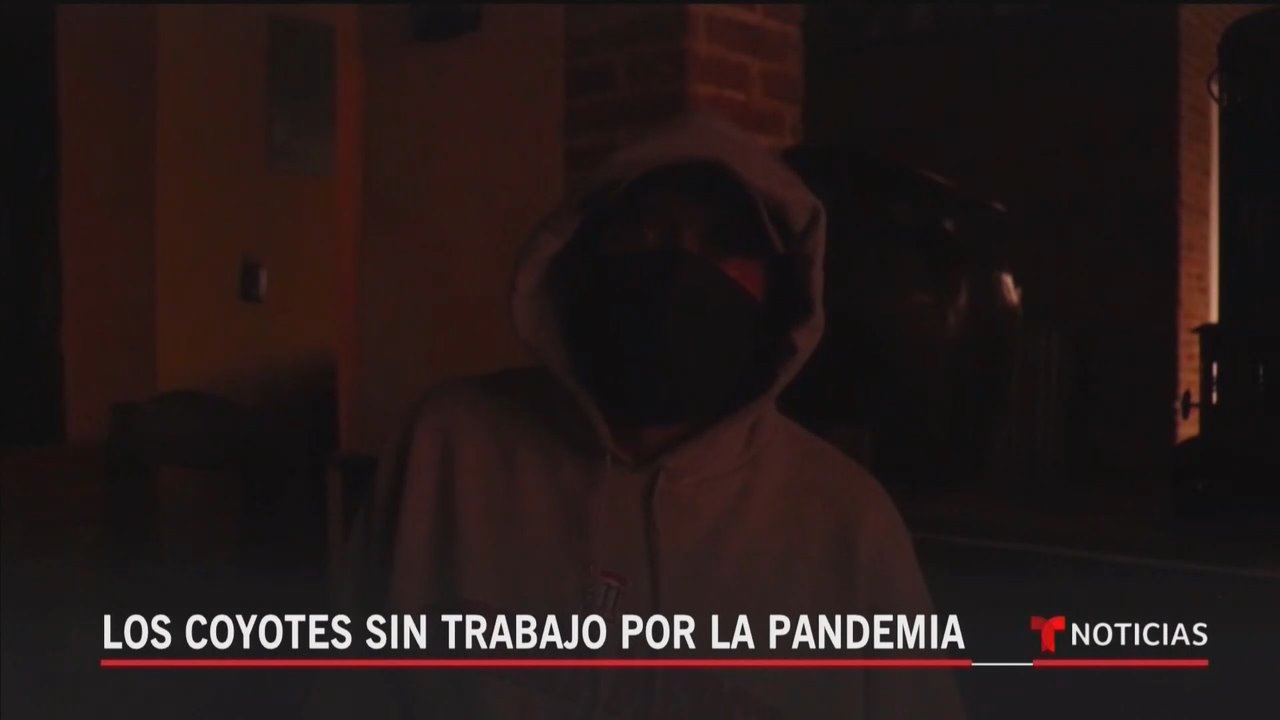 Telemundo took its reporting on businesses that have suffered losses due to the coronavirus pandemic to the next level. In a report that both highlights the extent to which immigration is key to the network’s survival and serves to illustrate Telemundo’s flair for the absurd, the network gave airtime to a down-on-his-luck coyote.

Watch below as the crestfallen coyote bemoans the economic shutdown and blames the U.S. before sharing a rosy outlook for the future, nearly 45 seconds of a two-minute report on, you guessed it, immigration:

COYOTE: (It’s down) now, because of the coronavirus. It’s crashing, really, because not everyone is willing to risk coming to a country where the epidemic is.

COYOTE: The entire economy crashed- (both) for us and for our people.

COYOTE: In fact, we have lists with hundreds of clients that are waiting for this to settle down so that we can begin to cross them over.

COYOTE: The wait is temporary. Just give us the green light and we’ll move forward.

It’s worth asking: what purpose was served by giving airtime to the temporarily unemployed coyote? Was it to position him for a stimulus check in the next House coronavirus relief bill? A PPP loan, perhaps? Take notice of the coyote’s optimistic forecast of a V-shaped recovery, as evidenced by his boasts of a big client list and announced increased fees.

The plight of the temporarily unemployed coyote was little more than a narrative device with which to frame the drastic reduction in crossings and arrests along the southern border. This, of course, meant less viewers for Spanish-language television where immigration reigns supreme and the survival of which, as Jorge Ramos reminds us, is wholly dependent on a continuous flow of immigrants (whether legal or not).

Click “Expand” to view full transcript of the aforementioned report.

JOSÉ DÍAZ-BALART: The coyotes are suffering the coronavirus crisis, but they are not worried. A human trafficker told us that his business has seen a 90% drop, and that they have a long waitlist for when the pandemic passes- and by the way, they will seize the opportunity to charge more. Edgar Muñoz has his testimony.

EDGAR MUÑOZ: This coyote has been waiting in Guatemala for weeks in order to return to the U.S. southern border, but as he tells Telemundo News, undocumented traffic is down like never before.

COYOTE: (It’s down) now, because of the coronavirus. It’s crashing, really, because not everyone is willing to risk coming to a country where the epidemic is.

MUÑOZ: The roads and pathways which thousands of migrants took in order to ride The Beast eventually left deserted as a result of the increase in the coronavirus.

COYOTE: The entire economy crashed- (both) for us and for our people.

MUÑOZ: In April, detentions of adults with children were down 92% in Yuma, 91% in the Rio Grande Valley, and 80% in El Paso. The Border Patrol credits the express deportation implemented by President Donald Trump during the emergency.

MARIO ESCALANTE, CBP SPOKESPERSON: When people see that they are about to be detained and made to return immediately, then that dissuades them from attempting to cross again.

MUÑOZ: Migrants like Edith are holding fast- complying with the quarantine.

EDITH PINEDA: You no longer just take a risk with- now with migration, you now run a greater risk than that: the virus.

MUÑOZ: But this coyote states that many are waiting for the moment (to be able) to cross, and that his business will return. They even plan on raising their rates from 9,000 to 11,000 dollars per person.

COYOTE: In fact, we have lists with hundreds of clients that are waiting for this to settle down so that we can begin to cross them over.

MUÑOZ: This woman from Guatemala tried to climb the 18-foot wall along Ciudad Juárez with one of the daughters in one hand, and with her four-week-old on the coyote’s back.

FERNANDO GARCÍA: …more desperation with families. That has always been the ingredient for coyote’s big business…

COYOTE: The wait is temporary. Just give us the green light and we’ll move forward.

MUÑOZ: The coyote revealed to us that his operational area is here, in Texas, along Laredo, where the undocumented come over from Tamaulipas. In Texas, Edgar Muñoz, Noticias Telemundo.

New York Times Admits That Hundreds of ‘Top Surgeries’ Are Being Performed on Children
The Inevitable End of Diversity in Hollywood…for Villains, Anyway
‘We share a very special friendship’: Aussie football captain and water boy with special needs celebrate together after title win
Mortgage refinancing drops to a 22-year low as interest rates surge even higher
‘Rolling with laughter at the responses to this tweet’: Dean Cain calls it ‘utterly ridiculous’ that he had to wear a mask while flying to and from Canada