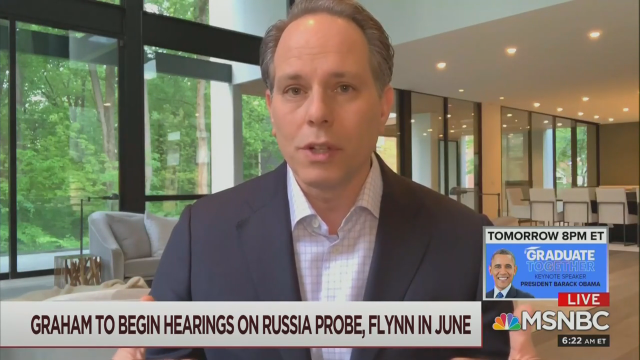 Well, if Jeremy Bash says so, it’s time to page Frank Drebin: “please disperse: nothing to see here!” On today’s Morning Joe, the aforementioned Bash assured, with respect to the unmasking of Michael Flynn, that there is “absolutely nothing here.”

And why wouldn’t we take whatever Bash says with respect to allegations of malfeasance by the Obama administration as the pure, unadulterated truth? After all, Bash is a . . . former Obama aide turned MSNBC “analyst.” Don’t get no more objective than that!

JEREMY BASH: We had the Russians clearly interfering in a US election, attacking our democracy. Russians were talking to senior Americans. And it was incumbent on the people responsible for defending the country to understand, who are the Russians talking to? It was a very, I think, well-overseen process.

And this is not a scandal any more than Birthergate was. I mean, let’s face it: Trump began his political career with a lie about Barack Obama, that he wasn’t born in the United States. And this is just an extension of that. There’s absolutely nothing here.

WILLIE GEIST: Yeah, it’s only a matter of time, I suspect, before we’re hearing, “lock him up” chants at future President Trump rallies over this scandal that the president has invented here.

I like to think of Willie Geist as Morning Joe’s voice of relative reason. And thus it was disappointing to witness Geist, far from challenging Bash’s blanket denial, actually taking it a step further. Geist referred to the unmasking as a “scandal that the president has invented,” predicting “it’s only a matter of time before we hearing ‘lock him up’ chants at future President Trump rallies.”

Note Bash’s absurd claim that the allegations by President Trump and others of wrongdoing in regard to the Flynn unmasking are “just an extension” of Donald Trump’s assertions back in the day regarding Barack Obama’s place of birth. That Bash felt obliged to assert such a ludicrous connection evidences his anxiety over the underlying facts of the unmasking.

Pentagon notes reports of balloon aloft over Latin America, assesses it to be another Chinese spy balloon
Republicans Can’t Afford any ‘Unforced Errors’ Candidates in 2024
Louisiana man caught on ‘gruesome’ video sexually abusing a neighbor’s pit bull, police say
How and Why the Left Is Making the Memphis Cops Into “Racists”
Racist Whoopi: White People Need Beatings Before Police Reform