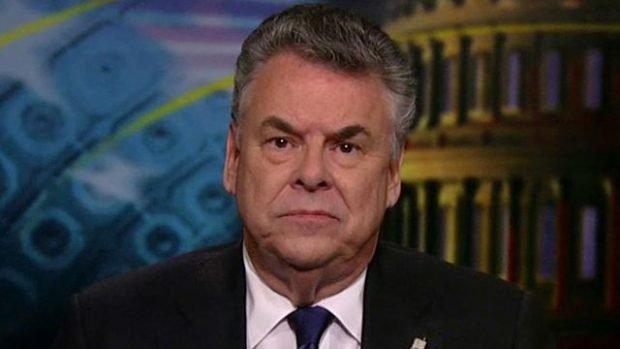 An outgoing Republican lawmaker says he will buck his party to vote for House Speaker Nancy Pelosi’s coronavirus stimulus package, a bill that includes a slate of progressive measures.

New York Rep. Peter King confirmed to The Hill that he plans to vote for House Democrats’s HEROES Act, a $3 trillion relief package for Americans suffering financially from the coronavirus pandemic. The bill has been criticized by some Republicans as a “liberal wishlist” that has no chance of passing.

Pelosi’s legislation, for example, would make illegal aliens eligible for economic assistance, gives protections for sanctuary cities, and allegedly paves the way for coronavirus funds to end up in Planned Parenthood’s coffers. King, who represents a New York district hit hard by the viral outbreak, said he is looking past these GOP poison pills because his constituents stand to benefit from the bill.

“Look, I disagree with a lot of things that are in that bill: some of the provisions involving illegal immigrants, some of the absentee ballots, the mail, all that stuff. But the fact is, to me, [Majority Leader Mitch] McConnell sort of laid it down … he’s talking about no federal aid to state and local governments,” he explained.

“New York is going to die, my county, Nassau County, [and] Suffolk County is also in my district; not only are they running up tremendous cost, their revenue losses are unbelievable,” King said.

Pelosi introduced her party’s coronavirus package on Tuesday, and scheduled it for a Friday vote in the House. The $3 trillion bill allots $500 billion for state governments and $375 billion for local governments — something King feels is necessary.

However, the 1,815-page bill includes provisions that the GOP says is a no-go. Such measures include allowing those who use Taxpayer Identification Numbers (what many illegal aliens use in lieu of Social Security numbers) eligible for relief, giving protections to cities that refuse to cooperate with federal immigration authorities, and calling for a release of aliens in immigration detention.

House GOP Leader Kevin McCarthy called the package a “liberal wishlist that has no chance of becoming law.”

King acknowledged that the bill has no chance of passing through the Republican-controlled Senate, but says Pelosi’s bill is a good starting point for negotiations.

“I think the Speaker is piling it in there to keep our left-wing base happy — I’m against all that, but [if] that’s the price I have to pay to get funding to keep New York and Nassau County and Suffolk County and New York City alive, then I’ll do that,” King said Wednesday.

King, who has been a member of Congress since 1993, will retire at the end of his current term.