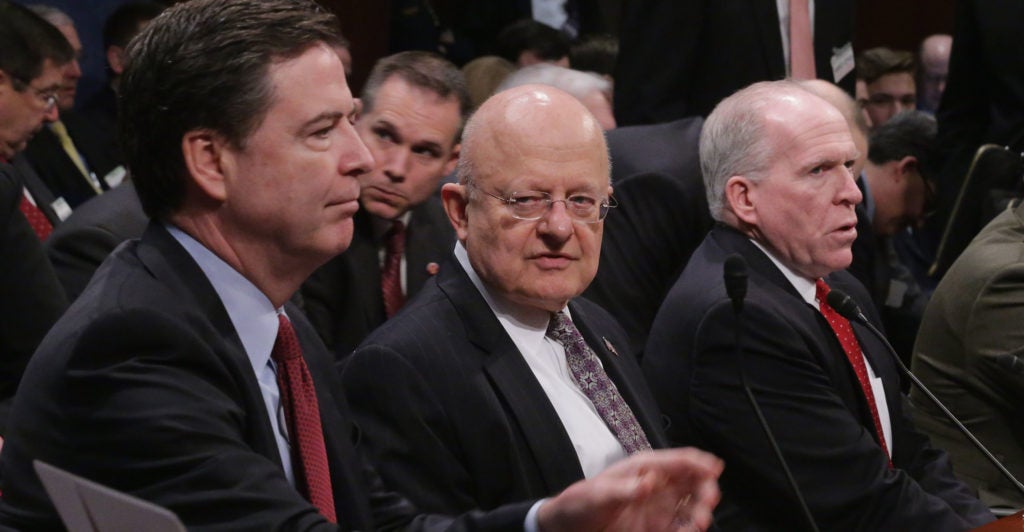 As the “unmasking” scandal unfolds, the Senate Judiciary Committee will delve into the conduct of the Obama administration and the intelligence community in secretly investigating the incoming Trump administration.

Two Senate Republicans released previously secret information Wednesday listing top Obama administration officials who made the same request in early 2017: that the intelligence community disclose to them that retired Army Lt. Gen. Michael Flynn was the American whose phone conversation with the Russian ambassador had been intercepted by intelligence officials.

Flynn at the time had been chosen by President-elect Donald Trump as his first national security adviser. Flynn’s “unmasking” at the request of some of outgoing President Barack Obama’s closest advisers set in motion events that led to Flynn’s resignation after only 23 days in office during the new Trump administration.

Sens. Charles Grassley of Iowa and Ron Johnson of Wisconsin, both Republicans, released the names of the Obama officials requesting Flynn’s identity as part of information declassified by Richard Grenell, acting director of national intelligence.

Senate Judiciary Chairman Lindsey Graham, R-S.C., announced Thursday that his committee would hold hearings in June examining issues surrounding the Flynn case and related to the initial FBI investigation of possible ties between the Trump campaign and the Russian government.

Our investigation of these matters has been ongoing for years, and as information finally comes to light, our focus on these issues is even more important now. The records are one step forward in an important effort to get to the bottom of what the Obama administration did during the Russia investigation and to Lt. General Flynn. We will continue to review this information and push for additional relevant disclosures until we are satisfied that the American people know the full truth.

Meanwhile, U.S. Attorney John Durham of Connecticut continues to look into the origins of the Russia investigation, and the Justice Department has said that the Flynn unmasking requests is one part of that probe.

Here are four big unanswered questions as the Senate and the Justice Department scrutinize actions taken by the Obama administration between Trump’s election on Nov. 8, 2016, and his inauguration on Jan. 20, 2017.

1. Can Obama Be Compelled to Testify?

It might well be must-see TV, but at this point it seems highly unlikely that Obama himself would be subpoenaed to testify before the Senate Judiciary Committee.

“If I were a Senator or Congressman, the first person I would call to testify about the biggest political crime and scandal in the history of the USA, by FAR, is former President Obama,” Trump said in the tweet. “He knew EVERYTHING. Do it @LindseyGrahamSC, just do it. No more Mr. Nice Guy. No more talk!”

The Justice Department’s case against Flynn for lying to the FBI about his conversations with the Russian ambassador largely fell apart after other documents recently surfaced. They included notes of a discussion among Comey and two other top FBI officials about whether the goal in questioning Flynn at the White House was to “get him to lie” so that he could be fired or prosecuted.

The Justice Department last week dropped the case against Flynn for misleading the FBI, but a federal judge this week called in outside authorities to dispute that action.

Graham, in a statement Thursday, appeared to be reluctant about Trump’s call for Obama to testify.

“I am greatly concerned about the precedent that would be set by calling a former president for oversight,” Graham said. “No president is above the law. However, the presidency has executive privilege claims against other branches of government.”

To say we are living in unusual times is an understatement.

All of this is occurring during a major pandemic.

As to the Judiciary Committee, both presidents are welcome to come before the committee and share their concerns about each other. If nothing else it would make for great television. However, I have great doubts about whether it would be wise for the country.

Graham is striking the correct balance, said Charles Stimson, a senior legal fellow for national security at The Heritage Foundation.

“Chairman Graham should go after the facts, and see where that leads. He’s going to hold hearings,” Stimson told The Daily Signal on Thursday. “To take the president up on that suggestion [of calling Obama to testify] would risk looking political and could delegitimize the inquiry.”

2. What Are the Legal Issues?

Graham said the first part of his committee’s comprehensive inquiry would be of the Flynn matter.

“Our first phase will deal with the government’s decision to dismiss the Flynn case as well as an in-depth analysis of the unmasking requests made by Obama Administration officials against General Flynn,” Graham said in his written statement. “We must determine if these requests were legitimate.”

If Obama administration officials engaged in improper conduct, it’s not clear whether a law was broken, or who violated the law if one was broken.

Under Section 702 of the Foreign Intelligence Surveillance Act, U.S. intelligence agencies may intercept and listen to the telephone calls of foreign citizens, including foreign officials. That would include Flynn’s call with then-Russian Ambassador Sergey Kislyak on Dec. 29, 2016, roughly three weeks before Trump’s inauguration.

So unmasking is the process by which authorized federal officials request to see information regarding American citizens mentioned anonymously in classified transcripts of calls or other communications involving foreigners.

However, someone leaked Flynn’s communication with the Russian ambassador to the media shortly after the unmasking requests were made. Leaking classified information is a crime.

Another question is whether the unmasking was an attempt by officials of the outgoing Obama administration to undermine the incoming Trump administration.

“I’m not there yet. I want to see more facts,” Stimson told The Daily Signal.

He said he is more focused on the probe by Durham, whose career has been as a “stand-up, just-the-facts-ma’am, Joe Friday type of guy.”

Graham said the next phase of the Judiciary Committee’s inquiry will revisit the apparent abuse of the process for obtaining warrants under the Foreign Intelligence Surveillance Act, highlighted in a scathing report late last year by Justice Department Inspector General Michael Horowitz.

Horowitz testified to the committee in December about his report’s findings. Among the most startling: The FBI relied almost entirely on the so-called Steele dossier, an opposition research document financed by Hillary Clinton’s presidential campaign, as the basis for a FISA warrant to surveil Trump campaign aide Carter Page.

The inspector general’s report also determined that FBI overreach wasn’t limited to Page, but included other Trump campaign aides such as Flynn, then an adviser; George Papadopoulos, a campaign volunteer; and one-time campaign chairman Paul Manafort.

“Our next area of inquiry, later this summer, will be oversight building upon the Horowitz report about FISA abuses against Carter Page,” Graham said. “My goal is to find out why and how the system got so off the rails.”

4. What Was the Point of the Mueller Probe?

After an investigation lasting nearly two years and costing taxpayers $32 million, special counsel Robert Mueller, Comey’s predecessor as FBI director, determined that the Trump campaign did not conspire with the Russian government to influence the 2016 election.

The problem, critics of the Mueller probe say, is that prior to Deputy Attorney General Rod Rosenstein’s appointing him as special counsel, no evidence existed to suggest a Trump-Russia conspiracy.

Thus, the Judiciary Committee will look into the predicate of initiating a special counsel probe, Graham said.

“Finally, we will look at whether Robert Mueller should have ever been appointed as Special Counsel,” he said. “Was there legitimate reason to conclude the Trump campaign had colluded with the Russians?”

Mueller secured grand jury indictments against some two dozen Russian operatives—none of whom is expected ever to stand trial because they are in Russia.

The special counsel’s team also scored a conviction of Manafort for financial crimes unrelated to the presidential campaign.