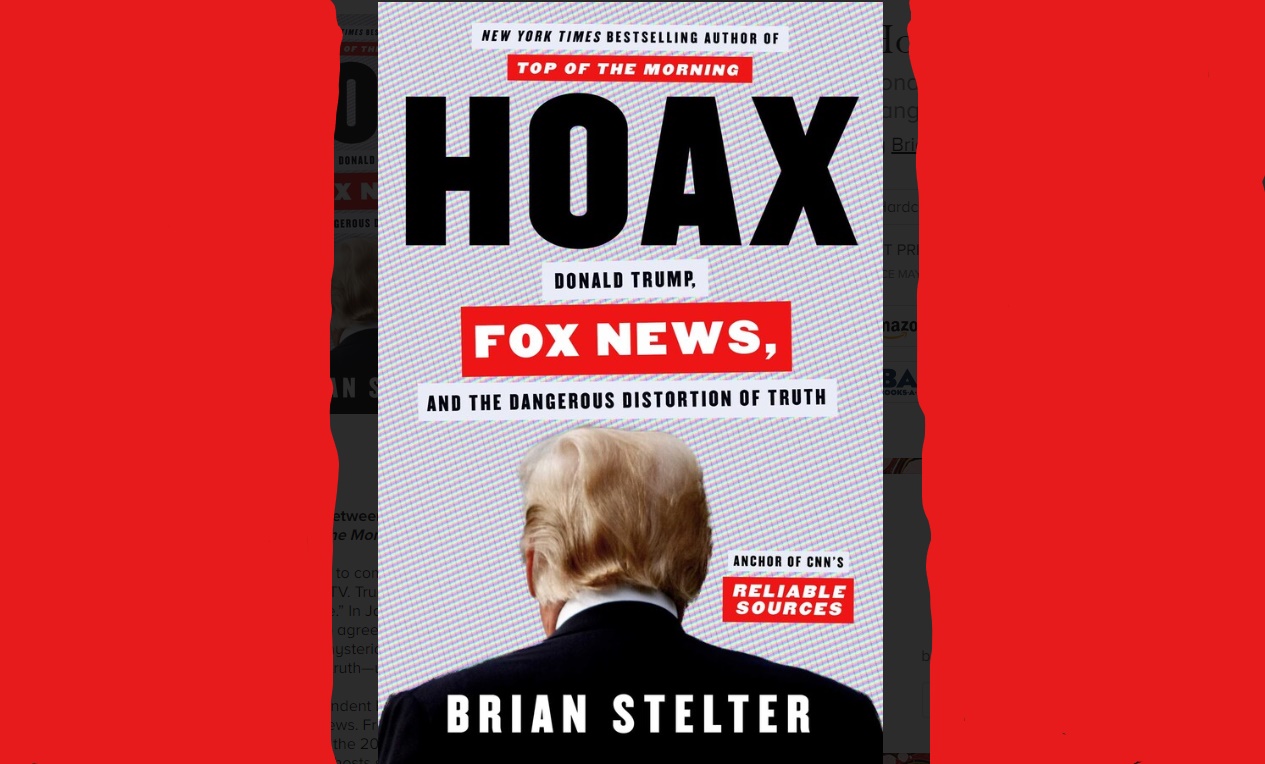 The book has shifted to zero in on coronavirus, with the natural assumption that Fox News “misinformation” enhanced sickness and death.

While other leaders were marshaling resources to combat the greatest pandemic in modern history, President Donald Trump was watching TV. Trump watches over six hours of Fox News a day, a habit his staff refers to as “executive time.” In January 2020, when Fox News began to downplay COVID-19, the President was quick to agree. In March, as the deadly virus spiraled out of control, Sean Hannity mocked “coronavirus hysteria” as a “new hoax” from the left. Millions of Americans took Hannity and Trump’s words as truth—until some of them started to get sick.

In Hoax, CNN anchor and chief media correspondent Brian Stelter tells the twisted story of the relationship between Donald Trump and Fox News. From the moment Trump glided down the golden escalator to announce his candidacy in the 2016 presidential election to his acquittal on two articles of impeachment in early 2020, Fox hosts spread his lies and smeared his enemies. Over the course of two years, Stelter spoke with over 250 current and former Fox insiders in an effort to understand the inner workings of Rupert Murdoch’s multibillion-dollar media empire. Some of the confessions are alarming. “We don’t really believe all this stuff,” a producer says. “We just tell other people to believe it.”

“Over 250 current and former Fox insiders” is a pretty enormous list. It would have to count every Democrat who ever took a dime as a Fox News contributor, like David Corn and Bob Beckel. Stelter is set to reveal why Shep Smith “resigned in disgust,” like that’s a real mystery, and “why a former anchor said ‘if I stay here I’ll get cancer;’ and how Trump has exploited the leadership vacuum at the top to effectively seize control of the network.”

Including never before reported details, Hoax exposes the media personalities who, though morally bankrupt, profit outrageously by promoting the President’s propaganda and radicalizing the American right. It is a book for anyone who reads the news and wonders: How did this happen?

Poynter’s Tom Jones is typically in the tank:

This book is surely going to cause a stir and ramp up the feud between Fox News and CNN. Based on various public and over-the-air comments, it’s plain to see Stelter has little respect for a lot of what Fox News does. And certain Fox News personalities strongly dislike Stelter and personally attack him. There could be a real firestorm in the media world.

We haven’t seen the book, so we don’t know all that is in it, but a quick point about Stelter. While it might be true that he doesn’t think highly of much of what goes on at Fox News (and makes that clear on his “Reliable Sources” program and newsletter), it should be noted he is considered a solid and ethically-sound reporter. There is no reason to doubt the veracity of his reporting.