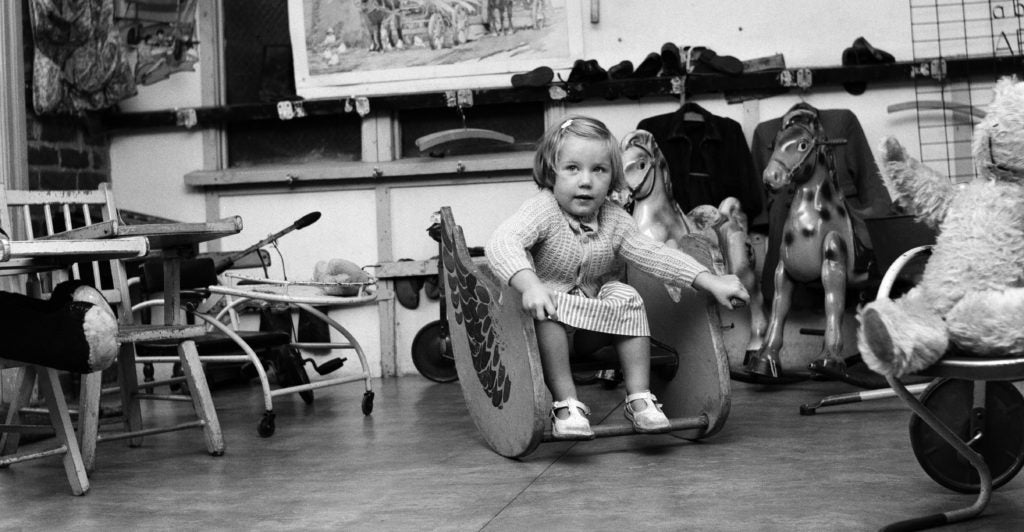 A new pandemic that originated from Asia sweeps the world, hitting the United States during a time of economic prosperity, striking coastal cities the hardest, and eventually prompting a global recession.

Plenty of consternation erupts over why the U.S. government and World Health Organization were so caught off guard when they should have seen the virus coming. Some apparent ambiguity exists about whether the outbreak began in China or elsewhere.

Amid the response of the federal government and criticism of politicians, a doctor and federal public health expert emerges as somewhat of a celebrity.

Ultimately, the disease kills 116,000 Americans, and at least 1.1 million around the world, according to the Centers for Disease Control and Prevention. Other estimates say 2 million or more die globally.

The year was 1957 and the disease was the Asian flu in what some called the H2N2 pandemic. The H2N2 virus was made up of three genes originating from the avian influenza A virus, according to the Centers for Disease Control and Prevention.

The first case of the Asian flu began in Singapore in February 1957 and the flu moved to Hong Kong in April, according to the CDC. Other accounts say the outbreak began that February in the Guizhou province of southwestern China. Either way, by June, the first cases in the United States began to emerge.

As the U.S. and governments around the world confront the pandemic caused by the new coronavirus, many have compared COVID-19 to the Spanish flu of 1918 and 1919 that killed 675,000 Americans and about 50 million around the world.

Fewer comparisons are made to the Asian flu of 1957 and 1958, although that death toll appears to be more in line with projections for the current pandemic. Here are four ways to look at it.

The projected COVID-19 death toll may be in line with the 1957 virus only because of aggressive mitigation efforts and lockdowns. Some computer models have projected COVID-19 could have killed more than 2 million in the U.S. had the country proceeded business as usual.

The United States had 1.3 million confirmed cases of COVID-19 and more than 82,000 deaths as of Wednesday, according to Johns Hopkins University’s coronavirus tracker.

A study published by Oxford University in 2016 said:

The global mortality rate of the 1957-1959 influenza pandemic was moderate relative to that of the 1918 pandemic but was approximately 10-fold greater than that of the 2009 pandemic. The impact of the pandemic on mortality was delayed in several countries, pointing to a window of opportunity for vaccination in a future pandemic.

Based on the R naught measure, a mathematical term to indicate the contagiousness of an infectious disease, the Asian flu’s measure of 1.7 is comparable to COVID-19’s measure of 2, CNBC reported.

The H2N2 Asian flu of 1957 is ranked as the seventh-biggest killer of Americans in history, according to a study by Assisted Living Facilities, an advocacy group for elder care.

No. 1 on that list was the Civil War, followed by HIV/AIDS, the Spanish flu, and World War II.

Based on estimates that COVID-19 could kill between 100,000 and 240,000 in America, it will rank fifth if it reaches the high point. The yellow fever will rank sixth.

COVID-19 would be ranked ninth place if it reaches the lower estimate of 100,000 deaths in the U.S., behind World War I in the Assisted Living Facilities study.

4. Spread of the Asian Flu

Birds carried the Asian flu. They carried H1 flu viruses onto another surface protein, H2, and made it more lethal because humans hadn’t encountered H2 before and had litle immunity, according to New Scientist magazine.

The lethal 1918 flu was H1, but because of humans’ exposure to it, it developed into a more ordinary strain by the late 1950s.

The New York Times first reported on the Hong Kong outbreak on April 17 of that year, with the headline “Hong Kong Battling Influenza Epidemic.”

Dr. Maurice Hillerman, chief of respiratory diseases at the Walter Reed Army Institute of Research, warned that the pandemic was headed to the United States.

“We all missed it,” Hillerman later would say in a speech, according to History.com. “The military missed it, and the World Health Organization missed it.”

Although there were no lockdowns ordered by governments, the pandemic caused a global economic downturn and in late 1957, the U.S. stock  market crashed, leading to a recession in 1958.

President Dwight Eisenhower initially resisted a federally supported vaccination program, and that may have led to a spike in deaths, according to “Presidents, Pandemics and Politics” by Max Skidmore, a 2016 book that is highly critical of Eisenhower’s response. Skidmore wrote:

An example of inaction in the face of a public health emergency may be seen in the case of the Eisenhower administration regarding the impending pandemic of ‘Asian flu’ in 1957. The cause was a new virus that had been identified in Asia early in the year, and had been circulating in the USA ‘as early as June—months before the pandemic mortality impact began.’ If the volume of relevant material at the Eisenhower Presidential Library is any indication, Asian flu was not a major issue of Eisenhower’s administration.

However, in August 1957, Eisenhower asked Congress for $500,000 in new spending and authority to shift $2 million from other areas to fight the pandemic. His goal was to provide 60 million vaccines. By early November, about 40 million doses were available and the spread of the flu began to slow substantially.

Politics also became an issue when Kentucky Gov. Happy Chandler, a Democrat, called for the Republican administration to provide more resources to his state, according to the Skidmore account.

A political side drama also occurred when Eisenhower refused to get a vaccine before it was widely available to the public, because he didn’t want special treatment.

Public Health Service officials issued an advisory for older Americans with a history of heart problems to be vaccinated as a priority. The warning largely was aimed at Eisenhower, who yielded to pressure and got the vaccine Aug. 26.

That said, the medical world had a big advantage by the time doctors and scientists figured the pandemic was on the way. As opposed to COVID-19, medical scientists weren’t starting from scratch in developing a vaccine, since a flu vaccine had been around since the 1940s.

Although it’s not clear how he compares to Dr. Anthony Fauci or Dr. Deborah Birx, Hillerman was the hero of the story by several accounts.

Early on, the Walter Reed doctor began to publicize the Asian flu with a press release, and he lobbied drug companies to start developing a vaccine by September.

After finding no evidence in his own research of immunity, Hillerman shared samples with other research labs that reported it actually was the elderly (or at least a subgroup of these seniors) that had antibodies. These seniors were in their 70s and 80s at the time and had survived the Russian flu of 1880 and 1890.

Similar to today, officials had to bypass regulatory hurdles. The government reminded chicken farmers not to kill chickens because production of the vaccine required a fertilized chicken egg.

Although the casualty rate was high, it likely would have been far higher without the vaccine.

President Ronald Reagan presented Hillerman with the National Medal of Science in 1988 for his contributions to public health. The doctor died in 2005 after helping to develop more than 40 vaccines.