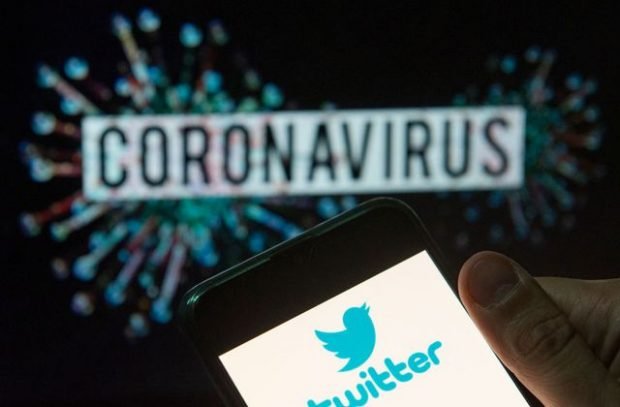 Twitter will now slap warning labels and other messages on coronavirus-related content the company deems harmful but perhaps not harmful enough to warrant removal.

The social media company will begin providing additional context and warning messages on some tweets containing disputed or misleading information about the pandemic, Twitter announced in a blog post Monday.

Twitter’s move comes as Chinese officials engage in a concerted coronavirus disinformation campaign on the platform.

“Moving forward, we may use these labels and warning messages to provide additional explanations or clarifications in situations where the risks of harm associated with a Tweet are less severe but where people may still be confused or misled by the content,” Twitter noted in the post.

Twitter’s blog post noted that moderators will filter such content through three categories: misleading information, disputed claims, and unverified claims. Misleading information will carry a label or be outright removed, depending on the severity of the content, while unverified claims will not have any action taken against them. Disputed claims will contain a label or a warning.

“Our teams are using and improving on internal systems to proactively monitor content related to COVID-19. These systems help ensure we’re not amplifying Tweets with these warnings or labels and detecting the high-visibility content quickly,” Twitter’s blog post notes. The company will also rely on “trusted partners to identify content that is likely to result in offline harm.”

Twitter revised some of its policies to “protect the public conversation around COVID-19,” according to a March 4 blog post from the company. Advertisements that “opportunistically use the COVID-19 outbreak to target inappropriate ads” are also banned, the March post added.

The tech company, meanwhile, is still refusing to remove a Chinese official’s tweets suggesting the U.S. Army is responsible for injecting coronavirus into Wuhan, China, where experts believe the virus originated. Coronavirus, or COVID-19, has killed more than 280,000 people worldwide.

“When did Patient Zero appear in the United States? How many people are infected? What is the name of the hospital?” Lijian Zhao, deputy director of China’s Foreign Ministry Information Department, said in a March 12 tweet. “It may be that the US military brought the epidemic to Wuhan.”

Zhao added: “America needs to be transparent! The United States owes us an explanation!” Zhao also falsely stated in the tweet that Centers For Disease Control and Prevention Director Robert Redfield was “arrested” before floating the conspiracy theory to his 317,000 followers.

A spokesman told the Daily Caller News Foundation on March 13 that the official’s tweets do not violate company policies.

Twitter has not responded to the DCNF’s request for comment about whether the labels will address misinformation from government officials.