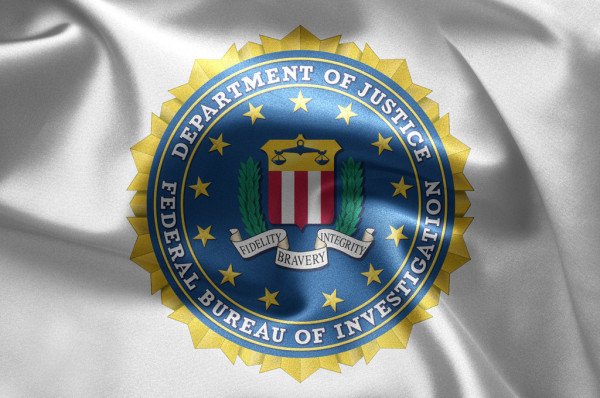 Last week, the Department of Justice decided to drop the case against former national security advisor Michael Flynn. As if on cue, Democrats blasted Attorney General William Barr and blamed him of politicizing Flynn’s case and catering to President Trump. Not only was their attack on Barr entirely predictable, it was also erroneous. As such, rather than criticizing Barr, Democrats should give him the praise that he very clearly deserves.

Many Democrats opine that the decision to drop Flynn’s case was a miscarriage of justice, a travesty, and deeply politicized. As reported by The Hill, “Flynn pleaded guilty in 2017 to lying to federal agents about conversations he’d had with a Russian diplomat during the presidential transition.” This, according to many on the left, warrants prosecution, not a “get out of jail free” card. According to The Hill, House Speaker Nancy Pelosi stated, “Attorney General Barr’s politicization of justice knows no bounds. Overruling the special counsel is without precedent and without respect for the rule of law.” House Intelligence Chairman Adam Schiff also slammed Barr’s decision. As reported by the Washington Examiner, Schiff stated, “This dismissal does not exonerate him. But it does incriminate [Attorney General] Bill Barr.”

Pelosi and Schiff are wrong. While Flynn pled guilty to lying to the FBI, he later moved to withdraw his plea based on “the government’s bad faith, vindictiveness, and breach of the plea agreement.” More particularly, newly released documents in Flynn’s criminal case revealed that the government set him up to lie. As reported by the Wall Street Journal:

“The documents consist of two redacted email exchanges as well as one page of handwritten notes by an unidentified official that appeared to involve Federal Bureau of Investigation preparations for Mr. Flynn’s interview. In the handwritten notes, which are dated Jan. 24, 2017—the day of the Flynn interview—the author writes: ‘What is our goal? Truth/Admission or to get him to lie, so we can prosecute him or get him fired?’”

In light of this evidence, Barr’s decision to drop the charges against Flynn was legally sound and had nothing to do with politics. The Democrats’ efforts to politicize Barr’s decision is tantamount to giving the government the green light to use its power to “trick” an innocent man in an effort to “create” a crime. In Flynn’s case, Americans were witnesses to a seemingly premeditated attempted plot to incriminate an innocent man for ulterior and vindictive purposes; namely, to get to the president. It is exactly for this/these reasons why Barr called the dismissal “an easy decision.” According to The Hill, citing Barr:

“I wanted to make sure that we restore confidence in the system. There’s only one standard of justice. And I believe that this case, that justice in this case requires dismissing the charges against General Flynn.”

Barr is entirely correct. Moreover, and quite interestingly, the Democrats who are currently lambasting Barr didn’t take the same approach when the Department of Justice decided not to pursue charges against fired FBI Deputy Director Andrew McCabe, despite allegations that McCabe lied under oath in violation of a federal statute. If Barr was Trump’s political “puppet,” so to speak, the Department of Justice could have pursued such charges, even if they ultimately failed. The decision against doing so frustrated the president and many Republicans, yet said a great deal about Barr, his integrity, and his ability (and willingness) to make decisions independent of what the president wants and/or political influence(s).

Of course, this is not the first time that the Democrats have attacked Barr. After Robert Mueller found no Russia collusion, some Democrats in Congress accused Barr of breaking the law and/or obstructing justice because of how he handled the release of Mueller’s report. So far, this baseless attack against Barr has gone nowhere, further disappointing Democrats.

Barr’s decision to drop the criminal case against Flynn was the right one. It was not political in nature nor was it done to appease the president. The fact that Democrats continue to attack Barr’s decisions, and his character, is also suspicious. After all, Democrats praised Barr before President Trump nominated him. As reported by People’s Pundit Daily, at the time, Joe Biden indicated that Barr was “committed to the public interest above all else.” Senate Minority Leader Chuck Schumer, D-N.Y., who served as chairman of the House Crime and Criminal Justice Subcommittee at the time, also praised Barr, stating, “Mr. Barr has proven to be a capable deputy attorney general. He did a good job of helping run the department in troubled times.” Finally, Senator Patrick Leahy, a member of the Senate Judiciary Committee, indicated that Barr would be “an independent voice for all Americans – not just the President.”

Barr is the same person that he was when he first served as Acting Attorney General in 1991. While Bar has not changed, the Democrats in Congress have, as has the Party as a whole. Democrats will clearly not accept any result or decision that does not align with their publicly stated goal, which is to remove and/or hurt the president’s chances for re-election. Fortunately, Barr is calm, seasoned, strong-willed, and unphased by the dog-and-pony shows that the Democrats have been orchestrating since he was first nominated by President Trump.

He should be praised.

This article is intended for informational purposes only. It is not intended to solicit business or to provide legal advice. You should not take, or refrain from taking, any legal action based upon the information contained in this article without first seeking professional counsel.

Mr. Hakim is a writer, commentator, and a practicing attorney.  His articles have been published in The Washington Examiner, The Daily Caller, The Federalist, The Epoch Times, The Western Journal, American Thinker, and other online publications.

Cracks in the Republican Majority Already Showing
CNN Slams Left-Pleasing ‘He Gets Us’ Ads for Jesus As a…Right-Wing Conspiracy?
GOP Councilwoman Shot and Killed Outside Her New Jersey Home
Anti-Semitic MSNBC Claims Israel Turned West Bank Into An Apartheid
‘Seinfeld bill’ is real. It’s going through the N.J. state legislature to battle telemarketers — and some might even call it spectacular.