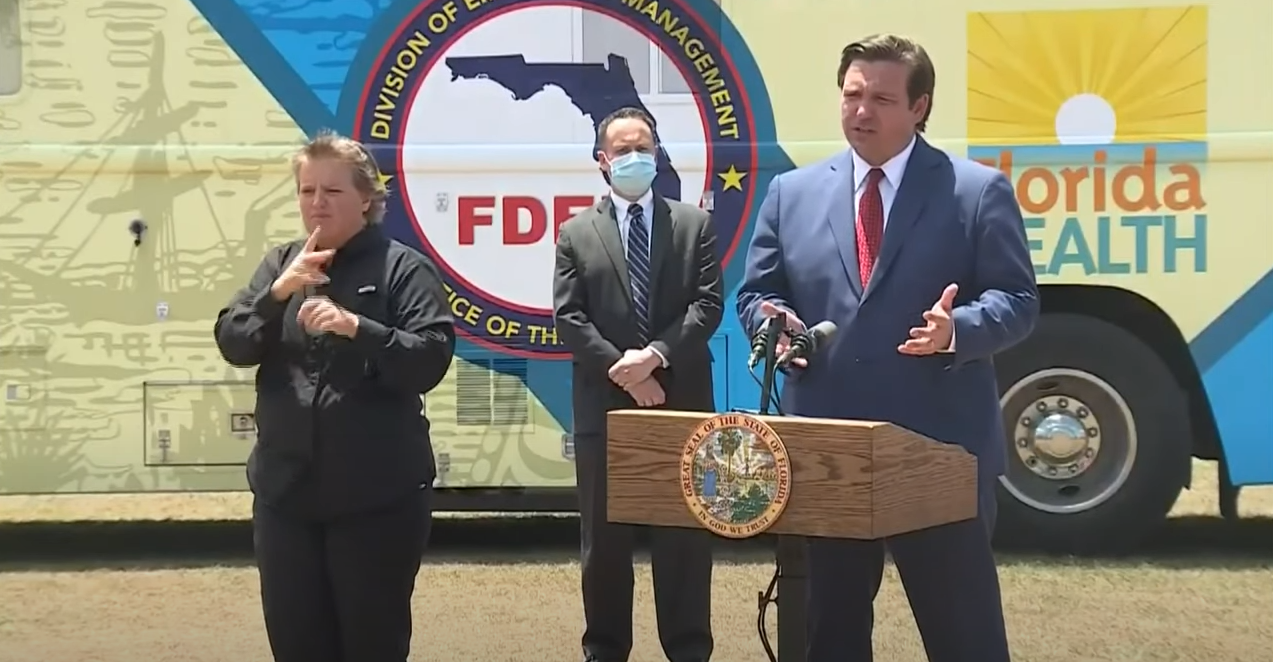 Florida Man is devil-may-care and slightly oafish, beloved but not admired, newsworthy above all. Florida Man — christened as a meme in the previous decade but perhaps as old as the state itself — is the guy who straddles an alligator cage, in defiance of conventional wisdom, and hollers, “Watch this!”

In case the comparison wasn’t clear enough, the two journalists added, “Gov. Ron DeSantis is a certain kind of Florida Man.” Here’s a tweet from Terris:

Keep in mind, the Post writers are talking about a Yale and Harvard graduate, an attorney and Navy vet who was awarded the Bronze Star. They mocked:

As he begins to end Florida’s stay-at-home order while the coronavirus pandemic continues to rip through the United States, it’s hard not to imagine the governor standing astride the alligator cage, hollering at the rest of the country to check out what’s about to happen.

Doubling as a bit of a biography of DeSantis, the Post article describes DeSantis as an “odd kid.” Readers are told that some consultants find him “disloyal”:

DeSantis has always kept a tight inner circle. He cycles through consultants, earning a reputation among the discarded as being disloyal. He doesn’t employ a pollster, preferring to trust his own political instincts, and those of his wife, Casey, with whom he has three young children.

Some grudging good news about Florida and the coronavirus is noted, though it could be “good planning or good luck.”

But whether by good planning, or good luck, Florida seems to have avoided the worst-case scenarios. A model developed by the Institute for Health Metrics and Evaluation at the University of Washington was predicting nearly 7,000 deaths in the state by August — though that number would fluctuate depending on the level of social distancing. There have been fewer than 2,000 reported deaths so far. Hospitals have not been overrun. And there is a large surplus of ventilators sitting unused. On May 7, the state got back 20,000 tests and found only 358 people, less than 2 percent, tested positive.

To DeSantis’s credit, even while keeping the state open, he did take some early actions that probably kept the virus from spreading: upping the state’s ability to administer coronavirus tests, limiting who could visit nursing homes and putting a pause on nonessential hospital procedures. Florida now has 13 drive-through testing facilities, 10 walk-up sites, and even an RV that can drive to vulnerable communities, such as nursing homes, and conduct testing on site.

Of course when it comes to Bernie Sanders, the Washington Post’s Terris is much more positive. Ron DeSantis? He’s just Florida Man.