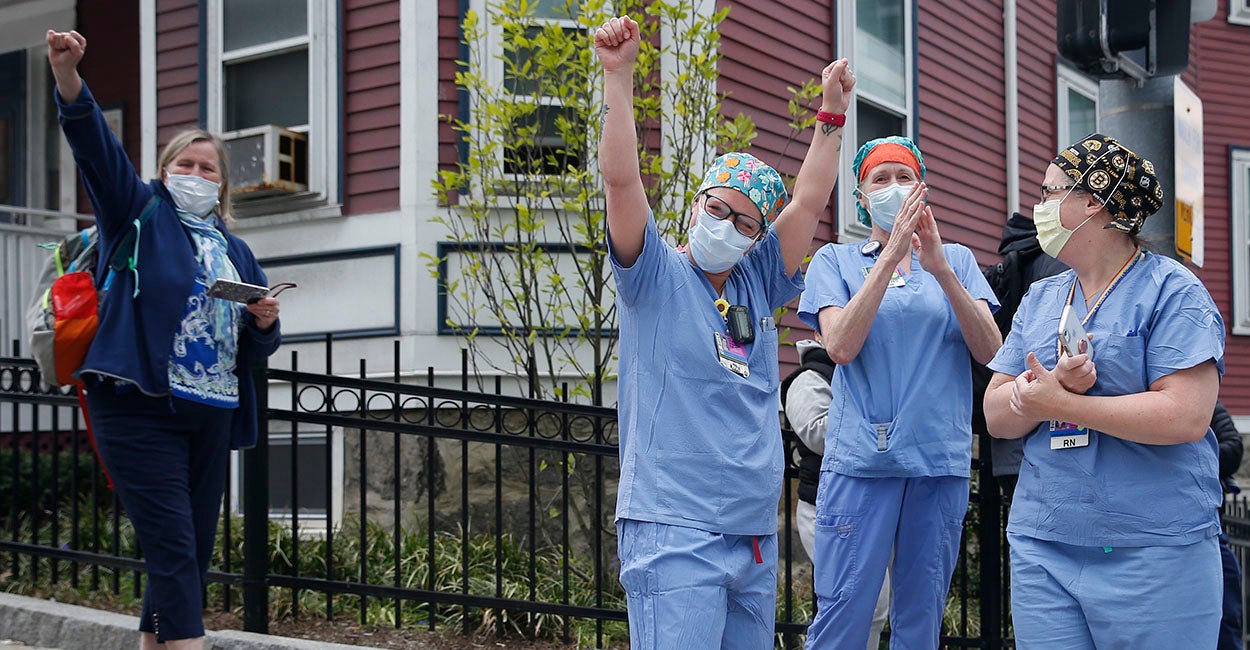 Americans can’t seem to agree about much these days, but one thing crosses all political persuasions: gratitude for our health care professionals, especially in a time of pandemic. So it is particularly fitting, as we struggle with the challenges of COVID-19, to pause and observe National Nurses Week (May 6-12).

The ingenuity and contributions of American nurses in health care and technology have long been a beacon of light. Nurses believe, in the words of President George H.W. Bush, that “No problem of human making is too great to be overcome by human ingenuity, human energy, and the untiring hope of the human spirit.”

This week, we salute American nurses for the significant and notable inventions they have made to improve the health care of our nation and the world.

On this 38th anniversary of National Nurses Week, we honor and salute the quintessential leadership of renowned Clarissa “Clara” Harlowe Barton, founder of the American Red Cross. Clara Barton, the “Lady in Charge,” advanced the practice of nursing during the Civil War, and led care for Union hospitals. We also honor unsung heroes such as Bessie Griffin, Adda May Allen, Anita Dorr, and Sharon Rogone.

The ingenuity of Allen, a nurse for Columbia Hospital in Washington, D.C., made it easier for moms, and hospitals, to feed babies. She created a disposable liner for baby bottles that simplified bottle cleanings and made bottle drinking safer for babies.

Anita Dorr was a solutionist. While working in the emergency room, she became concerned about the length of time it took to gather essential medical equipment during an emergency.

Instead of complaining, Dorr worked to develop a prototype for the Emergency Nursing Crisis Cart, commonly called the crash cart. The crash cart made it easier and quicker for doctors and nurses to access their medical equipment during a time of emergency.

Today the crash cart is used all over the world. Even though Dorr did not receive a patent for the crash cart, she is recognized as the inventor. She also co-founded the Emergency Nurses Association.

Sharon Rogone, a nurse in the neonatal intensive care unit for a hospital in San Bernardino, Calif., developed a comfortable nylon mask to protect the eyes of premature babies from the harsh ultraviolet lights. Her invention is known as the Bili-Bonnet. Rogone’s company, Small Beginnings, has since created other inventions for preemies.

Florence Nightingale, the “Lady with the Lamp,” is credited with revolutionizing medicine and patient care, elevating the status of the nursing profession.

Many have paved the way for innovation in health care. Extraordinary examples include Linda Richards, the first nurse to earn a nursing diploma in the United States, and James Derham, a slave who worked as a nurse to purchase his freedom and later became the first African American physician.

All of these front-line defenders put their lives to provide healing and comfort for countless Americans, just as today’s nurses do.

The Bureau of Labor and Statistics cites registered nursing as among the top occupations for job growth through 2026. The Bureau of Labor began projecting the need for an additional 203,700 new RNs in 2016. The demand will grow each year through 2026 with the creation of new positions, and the retirement of nurses.

Nursing students who are preparing to graduate deserve honor and recognition. As new graduates enter the nursing profession, they will immediately witness how their veteran peers balance the responsibilities of handling the obstacles of a pandemic, providing extraordinary care for patients, and advocating for the needs of their profession.

Americans can enjoy peace of mind knowing that new and veteran nurses are steadfast and committed. Like Clara Barton, they too declare to face danger, but never fear it. And like soldiers in battle who stand and fight, they will stand and care for those in need.

Today, more than ever, let’s thank our selfless, hard-working nurses.

Does an Honest AI Understand What’s Wrong With Transgenderism?
Video: Prostitutes solicit sex right outside Catholic elementary school, police handcuffed after California Democrats passed law to protect transgender sex workers
New Jersey councilman charged with selling cocaine, meth to undercover cop
‘I’m of Puerto Rican descent and I find it offensive’: Democrats seek to ban government use of ‘Latinx’ in Connecticut
AOC Is Right About Something… And It Should Terrify You