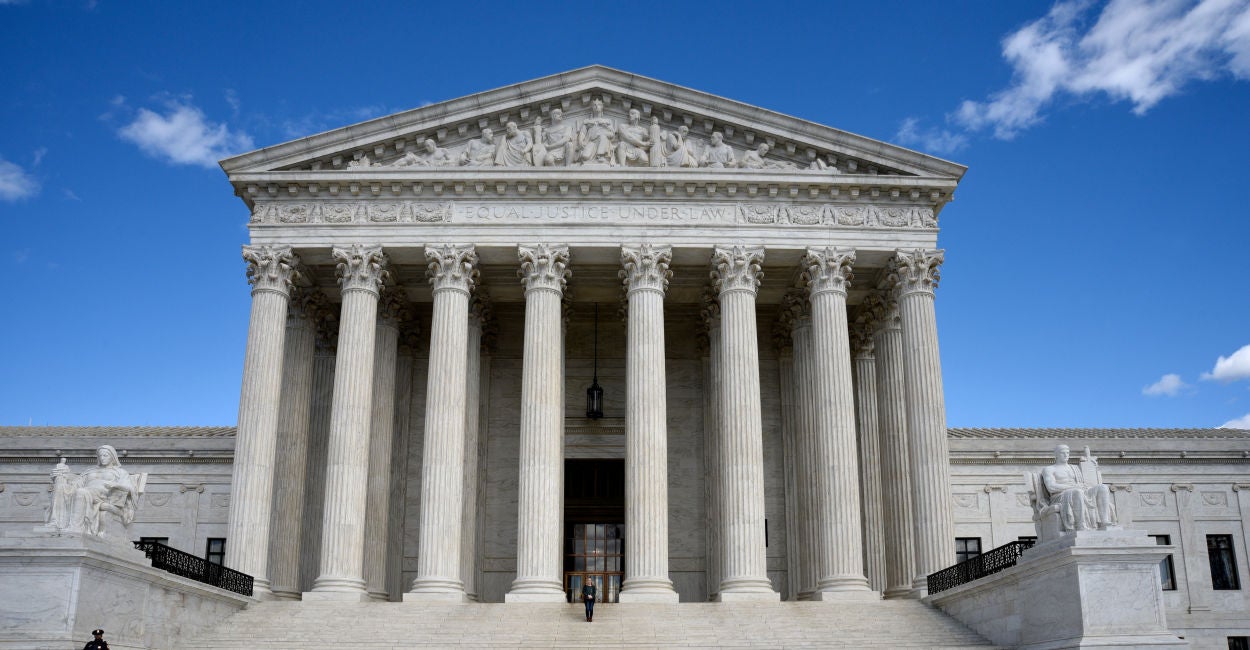 The Supreme Court’s final week of oral arguments for its 2019-20 term this week included two cases that involve an important religious freedom issue.

In a 2012 decision, Hosanna-Tabor Lutheran Church and School v. EEOC, the Supreme Court said that federal employment discrimination laws do not apply to cases where churches or religious schools fire a “minister.”

Those new cases provide an opportunity for the court to
explain further what this “ministerial exception” means and how it applies.

This exception reflects a very important principle. By
protecting the free exercise of religion and prohibiting government
establishment of religion, the First Amendment requires that churches or
religious schools have a different relationship with the government than
secular employers.

The challenge is where to draw the line.

In one case, Our Lady of Guadalupe School v. Morrissey-Berru, the teacher claimed the decision was based on her age. In the other case, St. James School v. Biel, the teacher was let go when, the school said, her substandard teaching performance did not improve. She sued, claiming the real reason was that she had to take time off for cancer treatments.

In each case, the school said that its teachers play an important religious function and, therefore, the government should not second-guess such personnel decisions. In each case, the U.S. District Court agreed with the schools, and the U.S. Court of Appeals for the 9th Circuit reversed.

The Supreme Court held the combined arguments in the cases by teleconference, with justices asking questions in turn. Since Hosanna-Tabor already recognized that a ministerial exception exists, the argument was about how to define and apply it.

Some faiths, for example, are formally organized and use defined titles and categories, but others do not. Religious schools have some employees, such as janitors or information technology specialists, who do little or nothing involving religious teaching.

Some teachers in religious schools might teach subjects,
such as math or chemistry, that are not formal religious doctrine, but might
include elements of religious practice.

Like they did when considering Hosanna-Tabor, the justices fell into two categories. Some justices, such as Clarence Thomas and Neil Gorsuch, were very cautious about the government making subjective judgments in this area.

Thomas, for example, was skeptical about how a court should determine what is an “important” role or a “religious” function. He said he was “perplexed” at trying to assess whether religious content or practice was “meaningful” or “de minimis.”

Justice Samuel Alito was concerned that a formalistic
approach that relies on labels such as “minister” might discriminate against
religions that follow a different model for their religious life.

Other justices took a different approach, focusing more
formally on titles or positions. Justice Stephen Breyer, for example, stressed
the category of “positions of leadership or authority.”

Lawyers for the Catholic schools said that that places
“form over function.”

Justices Sonia Sotomayor and Ruth Bader Ginsburg
suggested limiting the religious exception to cases where a teacher was fired
for “teaching religion wrong,” but handling other cases under federal statutes.

In 2012, the Obama administration argued against the religious school in Hosanna-Tabor. In his opinion for the court, Chief Justice John Roberts called that position “untenable” and wrote that it would give churches or religious schools no more constitutional protection than a labor union or a social club.

This time around, though, the Trump administration argued in favor of the religious schools in both of these new cases. Morgan Ratner, assistant to the solicitor general, argued that focusing on whether an employee had an important religious function would be “more neutral” and minimize government meddling in churches and religious schools.

Religious freedom advocates praised the unanimous result in Hosanna-Tabor even though the court divided on the criteria or test for drawing the ministerial exception line.

During the argument in Monday’s cases, Justice Brett Kavanaugh also probed different distinctions, such as teaching doctrine, as opposed to values or whether “teaching the faith” is the “main part” of an employee’s job. That’s important because, Kavanaugh asked, what about the next case?

The court’s decision in today’s cases, expected by the end
of June, hopefully will provide some answers.

Tucker Carlson Calls Out Antifa Protests As Coordinated, Political Propaganda (VIDEO)
Woman allegedly met 87-year-old Holocaust survivor on dating site, conned him out of millions that she blew on luxury items
On PBS, Amanpour Warns LGBTQ ‘Human Rights Are Under Fire’ from ‘Strange’ DeSantis
Bodycam footage shows Tyre Nichols calling for his mother as he is beaten by officers before his death
CNN Declares Booting Schiff, Swalwell Off Committee Is Break With ‘Tradition’