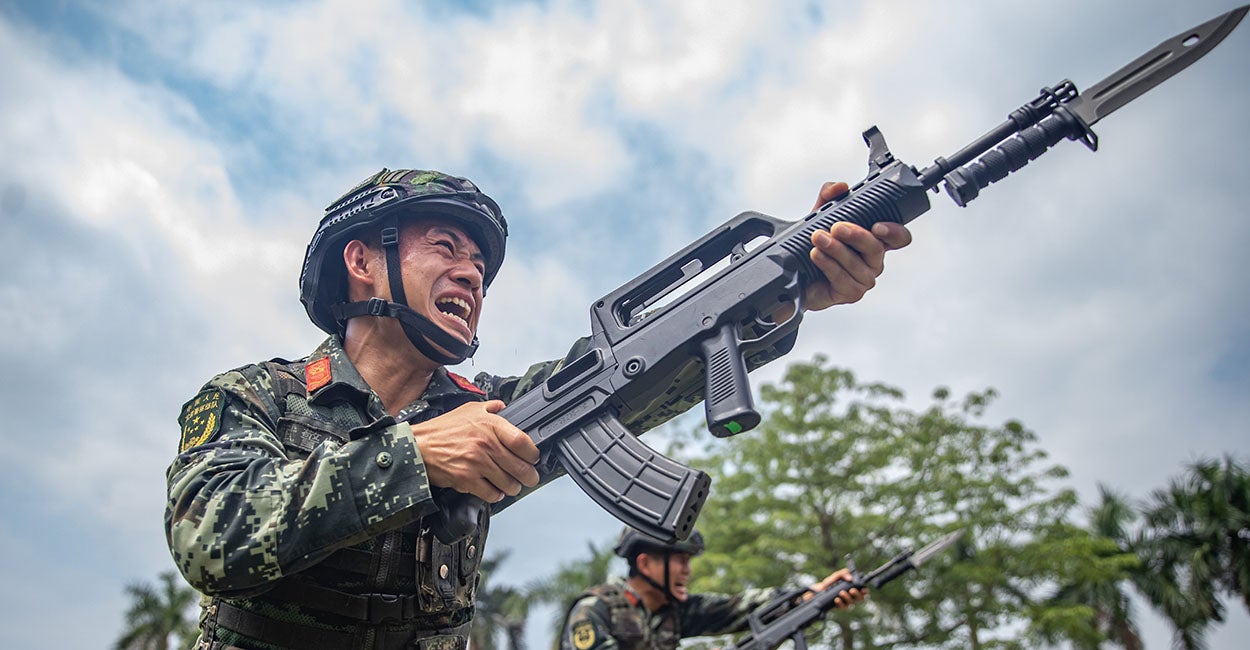 The destruction of the Berlin Wall in 1989 and the subsequent demise of the Soviet Union two years later lulled the West into a false sense of security. Many appeared to believe that an age of unending peace and prosperity had been ushered in.

While terrorism would become a stateless threat, most people probably thought it to be an aberration and at least manageable.

If people paid much attention to the Chinese brand of communism, most saw it as less of a threat than the Soviet Union with which we had seven-decades of tensions culminating in a near nuclear war during the Cuban Missile Crisis in 1962.

China seemed content to stay within its borders. Unlike Moscow, Beijing did not appear to have expansionist goals. Since President Richard Nixon began the slow process of establishing diplomatic relations with the communist regime with his visit in 1972, China was still regarded as something less than a major threat to the West and especially the United States.

In his prescient 2005 book, “China: The Gathering Threat,” former Ronald Reagan adviser Constantine Menges, Ph.D., wrote: “China expects, when it moves to take control of Taiwan, the U.S. will not take any military action, even though President George W. Bush said, ‘We will do whatever it takes to prevent such an event.’ To reduce the chances it would be underestimated, China gave the U.S. its war plan against Taiwan, which included nuclear strikes against American targets.”

Dr. Menges added, “Yet, the main gathering threat derives from China’s stealthy strategy of geopolitical and economic dominance. This is a strategy rooted in four thousand years of imperial history and the more recent brutal lessons of Marxist-Leninist power politics.”

In 1994, when he was China’s leader, Deng Xiaoping, whom many Westerners believed to be a reformer, said: “We must bide our time and hide our capabilities.”

What could he have meant? Possibly this as stated by Gen. Chi Hoation, China’s minister of defense in 1999: “War with the United States is inevitable … the Chinese armed forces must control the initiative … we must make sure that we would win this modern high-tech war that the mighty bloc headed by the U.S. hegemonists may launch to interfere with our affairs.”

In 2016, Business Insider quoted from an annual report by the U.S. China Economic and Security Review Commission: “China has entertained the threat of nuclear strikes against west coast cities such as Los Angeles and Seattle.

“According to the report,” it said, “a Chinese newspaper sponsored by the Communist Party ran an article in November 2013 about the possibilities of nuclear intercontinental ballistic missile (ICBM) strikes against much of the U.S.’s Pacific Coast.”

As if to confirm suspicions, China’s new strategic stealth bomber, known as Xian H-20, is expected to become operational later this year. Beijing reportedly is considering the impact of the coronavirus pandemic and the possible political fallout if China is found responsible for the spread of the virus before unveiling the aircraft.

The U.S. has a number of economic options to punish China should Secretary of State Mike Pompeo be proven correct in his assertion that there is “no doubt” the virus originated in Wuhan.

With China’s strong economy backing up its increasingly powerful military, there doesn’t appear much else the U.S. can do to deter China from fulfilling its aspirations other than to consider a military confrontation.

Reflecting in 1946 on the reluctance of Britain and the West to take seriously the threat posed by Adolf Hitler’s rise to power, Winston Churchill said: “There never was a war in all history easier to prevent by timely action … but no one would listen. … We surely must not let that happen again.”

We have been forewarned by history and by contemporary Chinese leaders. Are we listening?

UK and US rule out sending F-16 jets to Ukraine – as No 10 says it would be impractical
Biden to Send Ukraine ANOTHER $2.2 Billion in Military Aid – Including Long-Range Missiles: Reuters
FedEx is laying off 10% of its officers and directors amid cooling demand
Leftist Privilege Gets Lawyer-Turned-Firebomber Off Easy
Travel companies are ‘greenwashing’ — here are 3 ways to find ones that aren’t