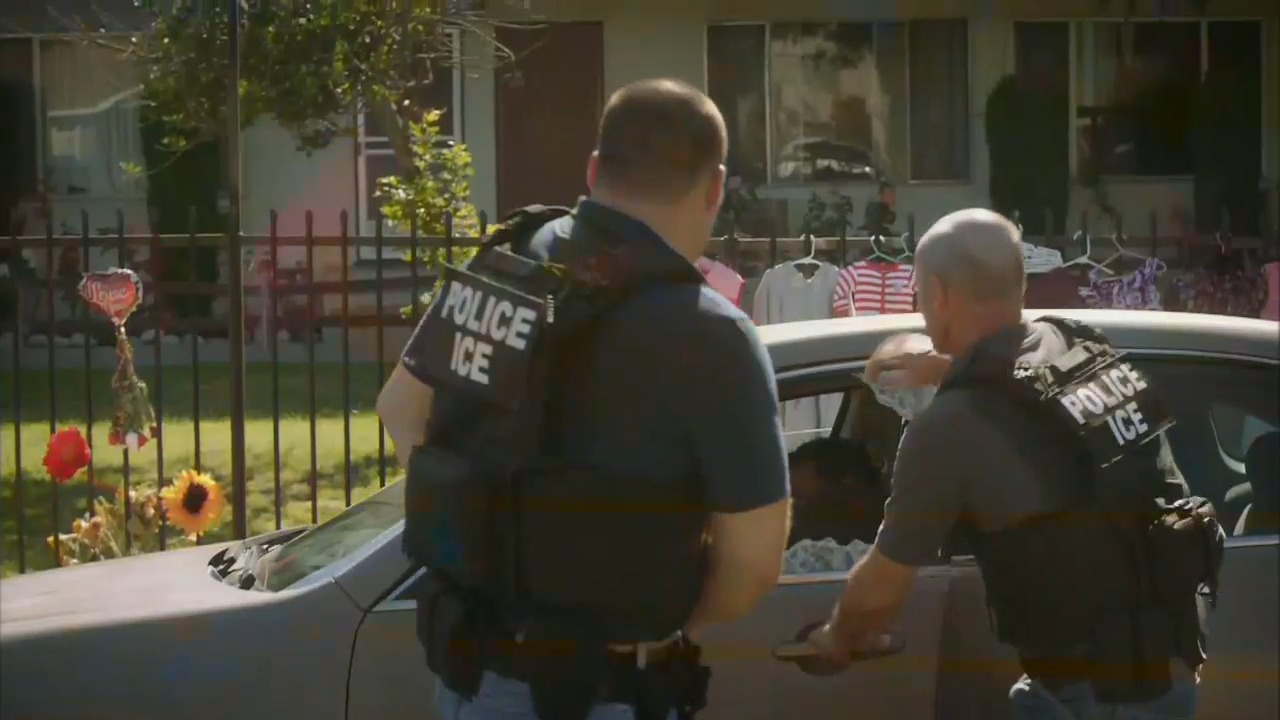 A show airing on Starz about two Mexican-American sisters living in East Los Angeles struggling to keep the bar going that their mother left them slipped in a random anti-ICE scene in the May 10 episode. There is no context for the scene but the message is clear – ICE is evil and separates families.

In the “Episode 19” of Vida, the Starz network series featured a community activist named Marisol “Mari” Sanchez (Chelsea Rendon) witnessing two ICE agents arresting a man outside his home. He was sitting in his car while his wife and daughter stood on the sidewalk. When he didn’t open the car door for the ICE agents, they broke the window and removed him from the car. One ICE agent is white, the other is Mexican-American.

Mari, who was riding her bike down the street, stopped and began filming the arrest. She asked the wife if the ICE agents had a warrant or paperwork that they showed her and she said they did not. Apparently we are to believe that the ICE agents just magically appeared and arrested a man for no reason at all.

When Mari confronted the ICE agents and said that they were violating the man’s due process to which he is entitled under the Constitution, the white agent says, “Uh, little lesson for you: Non-citizens don’t get due process.”

Woman: No, no don’t hurt him please.

ICE Agent: Sir, I’m going to have to if you are refusing to open this door. All right, last chance.

Agent: Man: C’mon buddy, you don’t want it to get ugly.

Agent: Get back, get back!

Agent: You two on the other side.

Mari: Señora-señora, did they–did they ask you for a warrant? Le enseñaron paperwork?

Wife: No, they just came, and–look at them. They broke his window and yanked him out. –

Mari: Hey, hey! No, you’re violating this man’s right to due process!

ICE Agent: Uh, little lesson for you: Non-citizens don’t get due process.

Mari: That’s a fucking lie! The Constitution protects everyone’s rights to due process! Did you hear this motherfucker?

Mari: ICE is out here in these streets, acting illegally, picking people up without warrants. This man has rights, and you’re violating them. Yo, are you serious, dude? You’re fucking gente. You’re one of us, and this is what you’re doing with your life, rounding fucking people up? You fucking arrepentido! Now I’ll put all of you on blast, fucking self-hating Mexican. Papi. Fucking cabrones. You fucking race traitor! S– Ah! Fuck!

Mari is a member of a group that protests gentrification and alleged injustices in the neighborhood. When Mari showed the group the video she took during the man’s arrest, they were hesitant to get involved and then couldn’t decide what the correct action was for them to take. So, they left Mari frustrated with their indecision and inability to be as angry as she is about the arrest. Mari stormed off and that is all there is to that random story in the episode.

It was a cheap shot at ICE and the agents who are just doing their job without providing a reason for the scene. It was just another example of a television show portraying ICE law enforcement officers as the bad guys, not the people who are breaking the law.