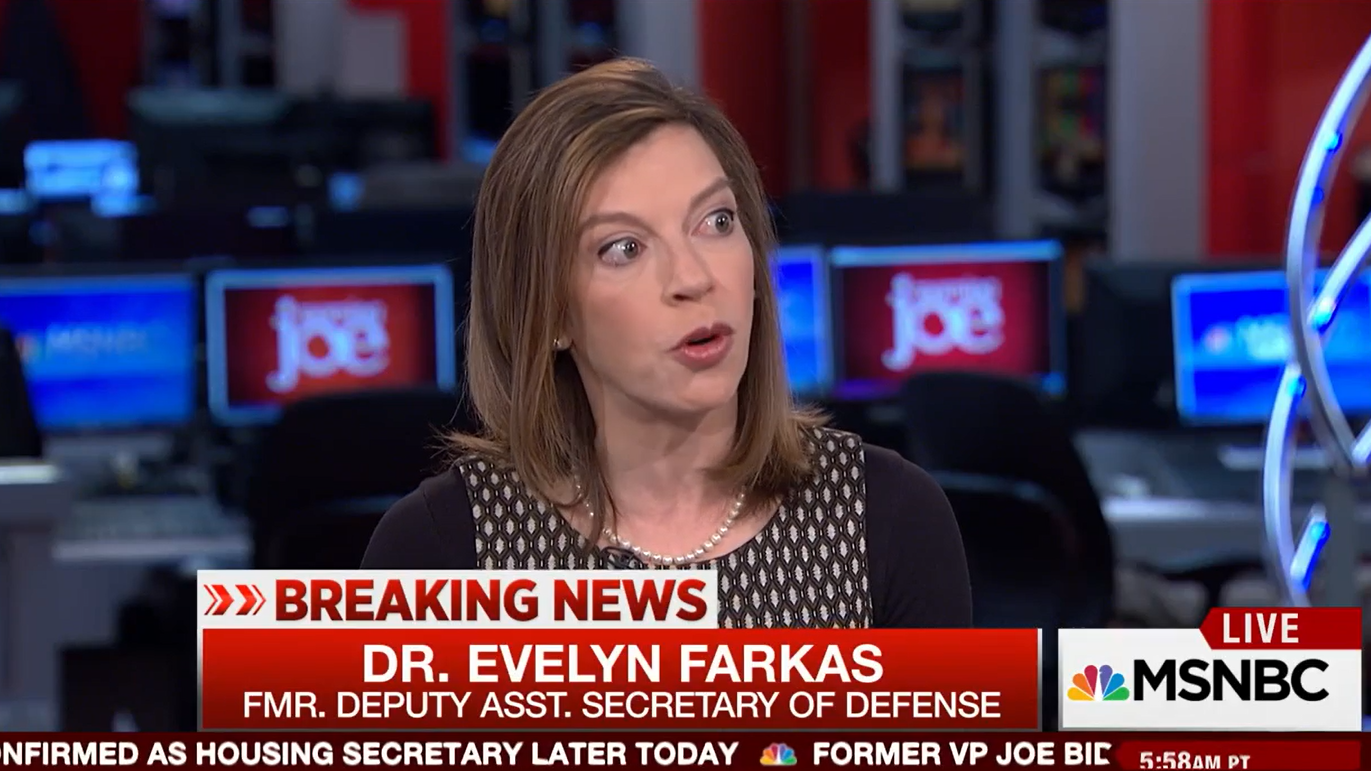 Sean Davis at The Federalist reports a newly declassified transcript of congressional testimony shows former Obama administration defense official Evelyn Farkas testified under oath that she lied during an MSNBC Morning Joe interview when she claimed to have evidence of alleged Trump collusion with the Russians.

Farkas served as the deputy assistant secretary of defense for Russia, Ukraine, and Eurasia from 2012 through 2015. She’s currently one of eight Democrats running for Congress in New York’s 17th District, seeking to replace Nita Lowey, who’s retiring.

On March 2, 2017 she told Mika Brzezinski “I was urging my former colleagues and, frankly speaking, the people on the Hill, it was more actually aimed at telling the Hill people, get as much information as you can, get as much intelligence as you can, before President Obama leaves the administration. Because I had a fear that somehow that information would disappear with the senior people who left. So, it would be hidden away in the bureacracy, that the Trump folks, if they found out how we knew what we knew about their — the staff, the Trump staff’s dealing with Russians, that they would try to compromise those sources and methods.”

She added: “And we would no longer have access to that intelligence….Not enough was coming out into the open and I knew there was more.”

Now fast forward to Farkas testifying before the House Permanent Select Committee on Intelligence on June 26, 2017, and the story changes under oath.

“Why don’t we go back to that sentence that I just asked you about. It says ‘the Trump folks, if they found out how we knew what we knew about their staff dealing with Russians,” Gowdy said. “Well, how would you know what the U.S. government knew at that point? You didn’t work for it, did you?”

“I didn’t,” said Farkas, a former mid-level Russia analyst who left the federal government in 2015.

“Then how did you know?” Gowdy responded.

“I didn’t know anything,” Farkas said.

“Did you have information connecting the Trump campaign to the hack of the DNC?” Gowdy asked.

“So when you say, ‘We knew,’ the reality is you knew nothing,” Gowdy asked later during the deposition.

“So when you say ‘knew,’ what you really meant was felt?” he asked.

“You didn’t know anything?” Gowdy continued.

That seems pretty representative of the emptiness of the Russian Collusion hype of 2017 and 2018. The liberals “knew” it was there and pretended it was going to result in Trump’s imminent resignation or impeachment/removal.

In public, Farkas was already backing off her boasting by the end of March 2017. On March 30, the anchors on CNBC’s Squawk Box were pressing.

Joe Kernen said “You actually said that ‘I knew that there was more. I became very worried because not enough was coming out into the open, and I knew that there was more.’ And then, you actually said that that’s why you have all the leaking, to make sure we get it out.  I mean, people are accusing you, Evelyn, of admitting that was surveillance, admitting that there was unmasking, and urging people, or, at least, saying that intelligence leaking, which could be a felony, is the way that it should get out. And you weren’t even part of the government at that point.”

Farkas doubled down and denied everything. “No, so, I was referring to the motivation.”

Ford and General Motors enter a new phase of uncertainty on prices and demand
Travel companies are ‘greenwashing’ — here are 3 ways to find ones that aren’t
What Another Fed Interest Rate Hike Means For You
David DePape confesses to hammer attack in interrogation audio, issues chilling new statement: ‘So sorry I didn’t get more of them’
Starbucks misses expectations as China Covid surge hurts international sales