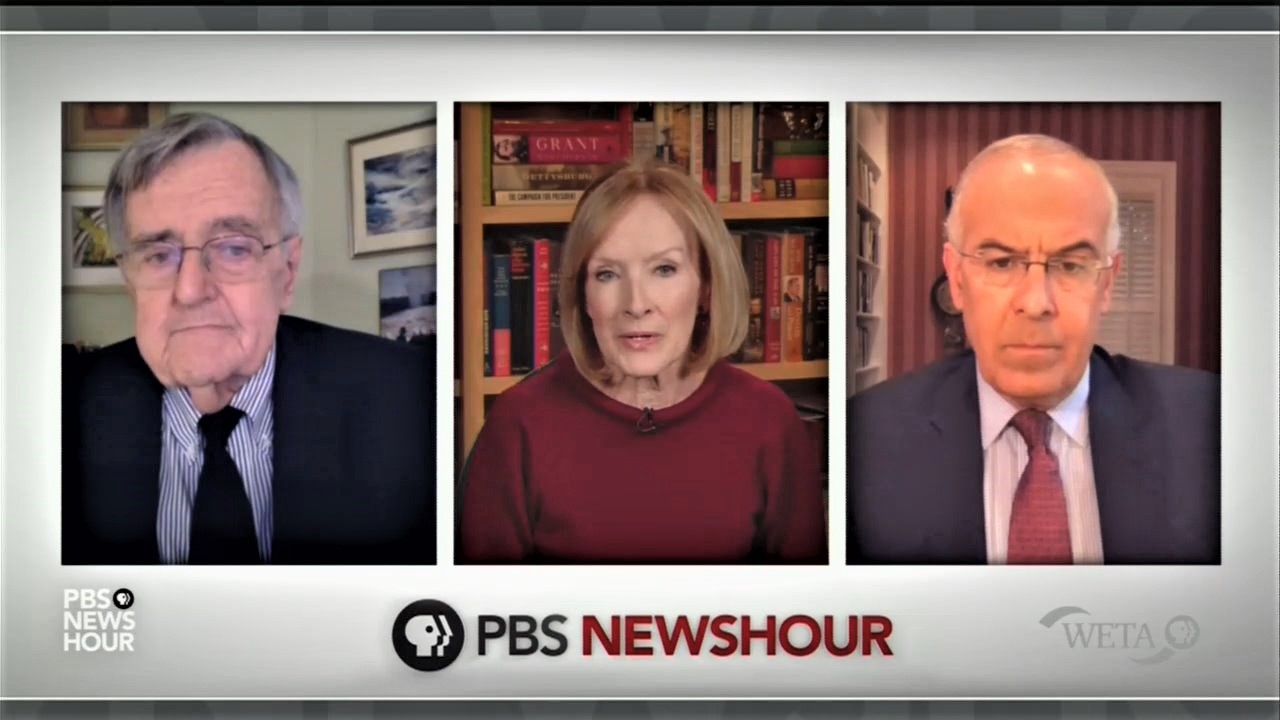 On Friday’s PBS NewsHour, liberal pundit Mark Shields ripped Attorney General William Barr for ruining his own legacy by being the president’s “in-house lawyer,” but he wanted a more stinging insult. He suggested he was “Donald Trump’s Roy Cohn,” a lawyer hated by liberals for prosecuting Soviet agents like Julius and Ethel Rosenberg in the Cold War years (before lawyering for Trump in the ’70s and ’80s).

Shields pretended the whole time that Republicans sullied the Justice Department with partisanship, and under the Democrats, it was practically perfect in every political way.

And Bill Barr is living up to that job description. It’s hard to believe that Bill Barr, having been attorney general once before, would want this as his epitaph, that he was Donald Trump’s Roy Cohn, but that’s all you can conclude.

This is a man, General Flynn, who twice admitted and pleaded guilty, spoke to the judge and to the court, apologizing for lying investigators, promising, the grace of God, to make things right.

And here we are. He’s walking free. And the villain in the piece is American law enforcement. I mean, that — that’s the berated and condemned institution. There was no water-boarding. There was no third degree that I know of that has been alleged in that confession coming forward, but that’s the impression that is left.

He agreed the Justice Department is presently a “hyperpartisan” institution, but then noted the reporting of Eli Lake of Bloomberg, who he said found “the original investigation into Flynn by the FBI did not reveal anything, and they kept the investigation open. They at least considered the possibility they were keeping the investigation open not to convict him of something, but to induce him to lie.”

Despite working for The New York Times, Brooks complained “I have been trying to find news organizations who really give an expert opinion on the FBI’s behavior. And I have — I have had trouble getting to the bottom of that, just as a journalistic outsider.” He didn’t offer the newly unearthed quote between FBI agents, that they questioned Flynn hoping “to get him to lie, so we can prosecute him or get him fired.”

SHIELDS: On the Justice Department, I think that, certainly, under Ed Meese and a couple of other Republican attorneys general, there were open questions. I think we, for the most part, have been served with attorneys general who have operated independently and honorably and legally. And I certainly would include Robert Kennedy in that group.

There have been 275 attacks on Catholic churches since May 2020: Report
Monterey Park shooting suspect is dead: Report
Chewy’s push into pet telehealth runs into regulatory hurdles, skeptical veterinarians
Rhode Island assistant principal asks for donations to help student pay off ‘coyote’ who smuggled him into the US
Pennsylvania police say family of three found dead in their backyard had a murder-suicide pact, daughter had posted bizarre videos online