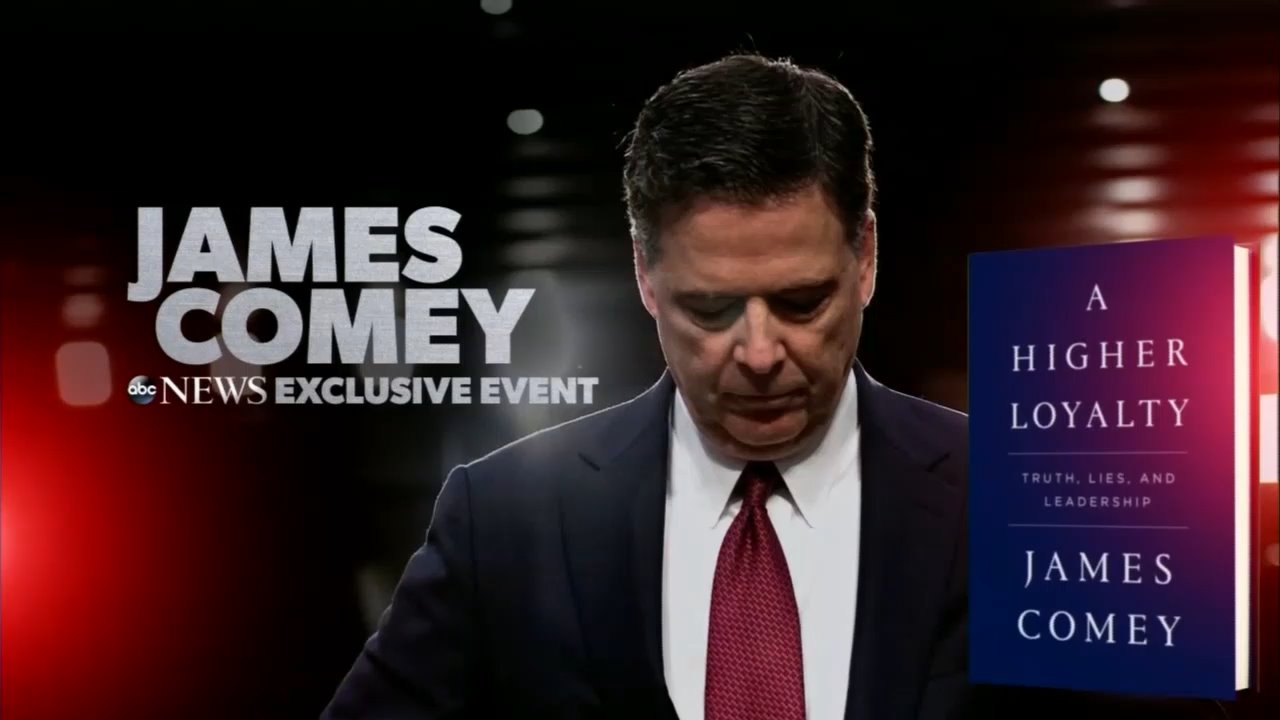 If the “first draft of history” in the news media sounds dubious, the “second draft” made by Hollywood is almost certainly going to be worse. I’m not talking about documentaries, which can be judged as journalism. I’m talking about movies and TV shows, which will inevitably be pressed to dramatize things so it is ever more loosely “based on real events.”

CBS has been preparing a miniseries based on ex-FBI director James Comey’s memoir, pompously titled A Higher Loyalty. In it, he lectured “Ethical leaders choose a higher loyalty to those core values over their own personal gain.” But the personal gain was sweet for Comey.

First came the high-roller book deal with a rollout of 850,000 copies, heavily promoted by all the Democrat-repeating networks. In Comey’s case, that included an hour-long primetime ABC “news” special, interviewed by that nonpartisan George Stephanopoulos. The book sold like hotcakes to Trump haters. Then add some more millions for optioning the book to Hollywood for “entertainment.”

Production was slated to begin last November, but there’s no word if they were anywhere near done before the pandemic kicked in. CBS hasn’t even decided where this Heroic Comey miniseries is going to land, either on pay cable at Showtime or their CBS All Access streaming service, where it would be an easy match with their Trump-trashing drama The Good Fight.

Comey will be played by the Trump-hating actor Jeff Daniels, who most recently made the New York media swoon by starring as heroic lawyer Atticus Finch in To Kill a Mockingbird on Broadway. Miniseries creator Billy Ray said Daniels was picked because he had “instant integrity, loads of warmth, intelligence, complexity and gravitas.” That’s obviously how they expect to portray Jim Comey — another heroic lawman on the actor’s resume.

Ray promised he would make a “fair, responsible, and comprehensively documented account of real-life events.” But current events are intruding on Comey’s memoir and his picture of a heroic and nonpartisan FBI battling a president with no respect for the rule of law. For example, new documents have surfaced showing the FBI agents investigating Trump’s new National Security Adviser Michael Flynn declared they sought “to get him to lie, so we can prosecute him or get him fired.” Does that sound nonpartisan?

Comey bragged to MSNBC’s Nicolle Wallace in 2018 that he flouted the usual protocols for interviewing a top White House official. Usually, they contact the White House counsel and carefully arrange an interview. In this case, Comey ignored the protocols and sent in his agents, the ones scheming to “prosecute him or get him fired.” Comey aide Josh Campbell admitted in his own memoir that Comey said “we just decided, you know, screw it” to the normal procedures.

Flynn didn’t see the attack coming. He said “sure,” and did the FBI interview — without a lawyer present. He walked right into shark-infested waters and lied to the sharks, turning his life upside down.

Now, Attorney General William Barr has decided to vacate Flynn’s conviction, finding the adventurous FBI interview was “untethered to, and unjustified by, the FBI’s counterintelligence investigation into Mr. Flynn.”

I think we can guess the CBS miniseries will glide right over the latest developments to keep its focus on Heroic Comey, no matter how much that narrative is collapsing.  It’s likely it will be the latest in a line of conservative-smearing historical dramas aired by CBS/Showtime, from the Clarence-Thomas-whipping Strange Justice to The Reagans.