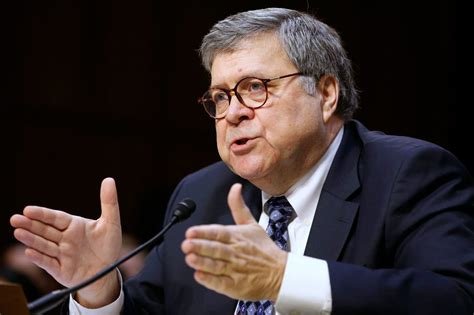 In an interview with CBS News, Barr defended the Justice Department’s decision to drop charges against Flynn for making false statements to the FBI.

“It was an easy decision,” said Barr in the interview, which aired Friday.

“I think easy because once I saw all the facts and some of the tactics used by the FBI in this instance and also the legal problems with the case, it was an easy decision.”

Barr said that documents from the FBI’s investigation of Flynn show that Comey “purposely went around the Justice Department” in an effort to interview Flynn about his contacts with Russia’s ambassador.

He cited a Jan. 4, 2017 memo that recommended closing a counterintelligence investigation against Flynn that had been open since mid-August 2016.

Peter Strzok, the FBI deputy chief of counterintelligence, intervened to prevent the investigation from ending. He wrote in internal FBI messages that the bureau’s “7th floor” requested that the investigation remain open, a reference to the FBI’s executive offices.

Strzok interviewed Flynn at the White House on Jan. 24, 2017 about his conversation with the Russian ambassador. Flynn pleaded guilty on Dec. 1, 2017 to making false statements in the interview. He has since retracted his claim to have made false statements, saying he took a plea under pressure from prosecutors who threatened to charge his son with crimes.

Barr questioned the FBI’s approach of Flynn to the Flynn interview. He noted that the FBI already had a transcript of Flynn’s phone calls with the ambassador, Sergey Kislyak.

“There was nothing wrong with it whatever. In fact, it was laudable,” Barr said.

“So there was no mystery about the call.”

He asserted that FBI officials kept the counterintelligence investigation open for the “express purpose of trying to catch, lay a perjury trap for General Flynn.”

“They didn’t warn him, the way we usually would be required by the Department,” Barr said.

“They bypassed the Justice Department. They bypassed the protocols at the White House and so forth. These were things that persuaded me that there was not a legitimate counterintelligence investigation going on.”