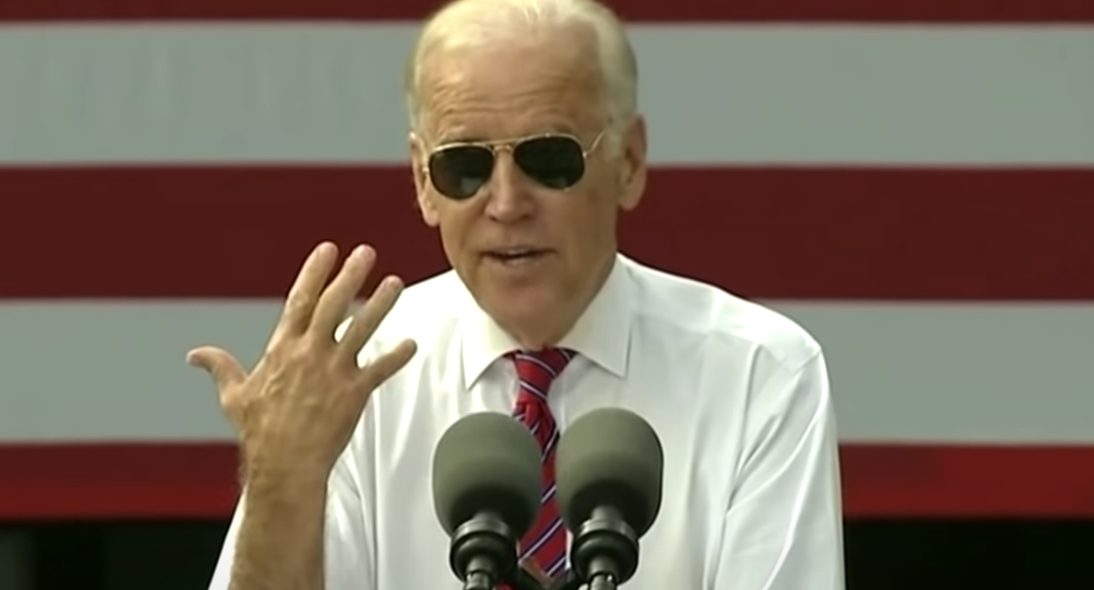 Unfortunately, it’s not a joke.

The real (and very disturbing) news is that there’s a new adult-themed coloring book titled “Hot Cup of Joe” featuring a buff Joe Biden that will be coming out on June 16, 2020.

We’re going to go out on a limb and say that author Jason Millet didn’t intend the announcement of his sexy product’s release date to coincide with the other Joe Biden-centric news that has been rocking the mainstream lately. Only in the last day or so, more evidence corroborating the veracity of Tara Reade’s assault claims against the Democrat leading man have just surfaced.

So, really, the thought of promoting Joe Biden’s sex appeal at the moment should be the last thing on anyone’s mind.

Sadly, this abomination exists. What might be even more disturbing than the book’s cover illustration, which depicts an “in-shape” Joe Biden wearing a tight T-shirt, aviator sunglasses, and holding a cup of joe (get it?) while standing in an old-school diner, is the book’s creepy tagline.

It says, “A piping hot coloring book with America’s sexiest moderate.” Yeah, you really cannot make this up. Another promo line says, “His politics may be moderate, but his appeal is extreme in Jason Millet’s Joe Biden coloring book for adults.”

This is just too much.

The disturbing book is published by Castle Point Books a division of St. Martin’s Publishing Group. According to MacMillan Books website, there are 80 pages of Joe Biden sex appeal that folks can color in.

Senior writer at RealClearInvestigations Mark Hemingway alerted conservatives on Twitter to the presence of this tone deaf novelty item, captioning his humorous tweet with, “Coming to a bookstore next month.” Conservative reactions were a mix of disgust and humor.

If you thought Joe Biden was a hard candidate to take seriously, this dials it up a notch.