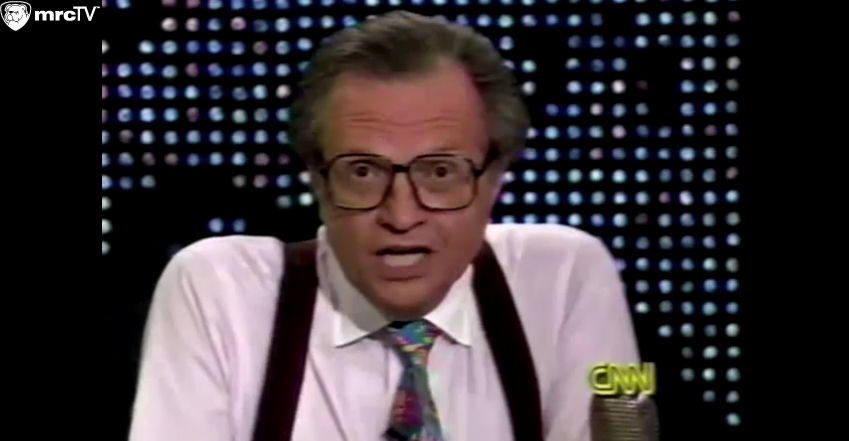 According to The Intercept, new evidence has emerged supporting a claim that then-Senator Joe Biden allegedly sexually assaulted a staffer in 1993. This is a story that, so far, network and cable outlets have attempted to bury. In interviews, Reade stated that her mom (in 1993) called in to CNN’s Larry King Live to ask for advice on how to deal with the situation. Intercept journalist Ryan Grim quoted Reade as telling him: “I remember it being an anonymous call and her saying my daughter was sexually harassed and retaliated against and fired, where can she go for help? I was mortified.”

Grim and The Intercept determined this occurred on the Wednesday, August 11, 1993 edition of Larry King’s CNN show. From the Media Research Center archives, here is the video and a transcript:

CALLER: Yes, hello. I’m wondering what a staffer would do besides go to the press in Washington? My daughter has just left there, after working for a prominent senator, and could not get through with her problems at all, and the only thing she could have done was go to the press, and she chose not to do it out of respect for him.

KING: In other words, she had a story to tell but, out of respect for the person she worked for, she didn’t tell it?

KING: Yes, but these are the people who do come to the Lois Romanos, right?

KING: The staff worker who says, ‘I want to let you know about what’s going on either with my boss or the guy down the hall.’

ROMANO: ‘This is going on, and I’m troubled.’ Uh-huh. And a lot of these people have a sense of obligation. They feel that this public official should be accountable, if it’s something wrong.

KING: They’re whistle-blowers to the press.

On the identity of the caller, Grim wrote:

Toward the end of the program, [King] introduces a caller dialing in from San Luis Obispo, California. Congressional records list August 1993 as Reade’s last month of employment with Biden’s Senate office, and, according to property records, Reade’s mother, Jeanette Altimus, was living in San Luis Obispo County.

There are several notable things about the emergence of the call. On the one hand, the caller does not specifically mention “sexual harassment” or retaliation, as Reade had recalled. On the other hand, the reference to being unable to “get through with her problems” aligns with Reade’s claim that she complained to superiors in Biden’s office and got nowhere, and the reference to going to the press makes clear that the caller is talking about more than just generic problems at the office. The problems, she makes clear, would damage the senator if exposed.

Journalists have largely buried this story. ABC, NBC and CNN have not reported on it AT ALL. CBS, PBS and MSNBC have offered very minimal coverage. How long will journalists keep covering up this explosive story?

For more on how journalists have (or have not) covered Tara Reade, go here.