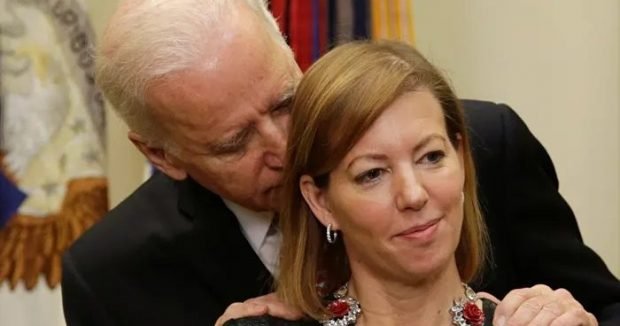 Democrats don’t give women the benefit of the doubt when the alleged sexual assaulter is a member of their own party. For Republicans the standards are different.

This unfair application of credibility is wholeheartedly practiced and supported by Democrat party allies in the media. The phrase, acceptable misogyny comes to mind and should be pinned to the clothing of journalists like a scarlet letter for fancying themselves arbiters of justice and morality – while simultaneously ridiculing, deriding, or simply turning a blind eye to women who dare allege sexual assault or harassment against a Democrat politician. Tara Reade found this out the hard way when she came forward with a harassment claim against Joe Biden.

Tara Reade detailed her account on March 26th of 2020 during an episode of The Katie Halper radio show. The alleged incident, according to Reade, was a culmination of several inappropriate incidents of touching perpetrated upon her by the Democrat senator. It’s worthy to note that seven other women have alleged sexual misconduct by Biden, all occurring between 2006 and 2016.

Tara Reade’s experience occurred in 1993 while working as a staff assistant for then-senator Biden of Delaware. Read said she was delivering Biden a gym bag when it “happened all at once.”  She describes how he pushed her up against the wall and started kissing her, then put his hands all over her. Reade told Halper on her podcast, “He went down my skirt but then up inside it. And he penetrated me with his fingers.”

Biden then asked Reade if she wanted to go somewhere else, and when she declined, Biden said, “C’mon man, I heard you liked me.” A moment later, Reade said he became angry, pointed at her, and said, “you’re nothing to me. You’re nothing, nothing”. Reade says she “reacted” to what he said, which prompted him to take her by the shoulders and say, “you know, you’re okay, you’re fine. You’re okay.”  The entire transcript of Tara Reade’s interview with Katie Halper can click here.

Where are the vocal proponents of the #MeToo movement? Where is Madonna, who said loudly at the Anti-Trump 2020 Women’s Rally, “I thought an awful lot about blowing up the White House.”?  Where are the women’s groups? Where the hell is the voice for these Eight women?  Joe Biden’s own words ring hollow:

“For a woman to come forward in the glaring lights of focus, nationally, you’ve got to start off with the presumption that at least the essence of what she’s talking about is real, whether or not she forgets facts, whether or not it’s been made worse or better over time.”

So far, lunch-bucket Joe has remained silent about Tara Reade’s allegations, and he’s allowed to because prominent mainstream media is on his side and doesn’t want to tarnish their candidate.

During the confirmation of Bret Kavanaugh, the media uniformly stood behind Christine Blasey Ford’s claim of sexual assault against the Supreme court nominee, even though every witness Ford claimed could corroborate her story said they had no memory or knowledge of her accusations against Kavanaugh. Ford couldn’t remember the year, the month, the day, the house, or much of anything else about the alleged assault, but that mattered little to the Media, whose only objective was to derail the confirmation of a conservative justice and personally destroy the life of a decent man.

Meanwhile, Tara Reade has three people who attest she told them of Biden’s inappropriate behavior, unlike Christine Blasey Ford – and the DC police began a probe into sexual assault allegations against Joe Biden. Tara Reade remembers where, when, and what happened, but her story is being avoided or downplayed as much as possible by Democrat-controlled media. The New York Times even deleted key information and selectively edited when they finally did report her claims see here. Why isn’t Joe Biden getting questioned in the same way as Bret Kavanaugh … why?

Twitter’s New Policy Could Silence Project Veritas
Editor’s Pick: Townhall on CNN Blaming ‘Car’ for Waukesha Attack
‘Someone is responsible… I know it’s not me’: Alec Baldwin says he does not feel guilt over film-set shooting
Joe Biden: The George Costanza of Presidents
The Disunited States of America