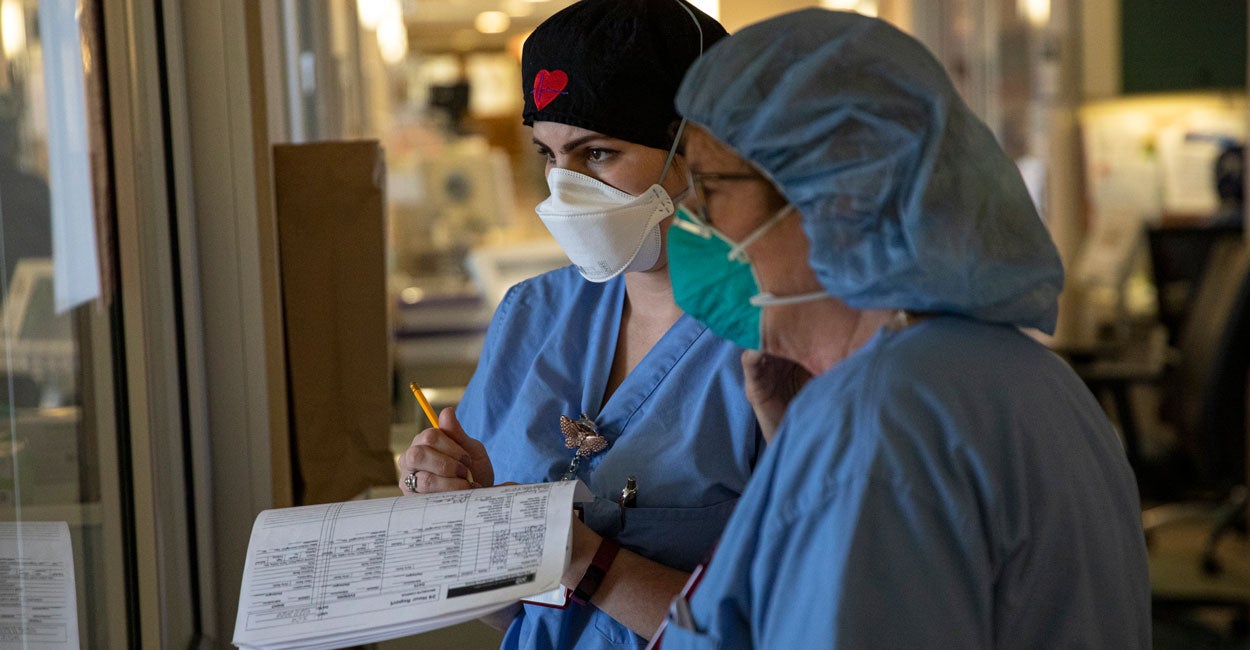 A debate is forming about the U.S.
response to COVID-19 and it’s worthwhile to consider this debate early, as it
develops, before battle lines harden.

On one side is the school of thought
that shutdowns, lockdowns and closing of “nonessential” businesses either came
too late to help or were an overreaction to inaccurate computer models on the
spread of the new coronavirus. And the resulting impact on our economy is
as bad, or worse, than the relative loss of life that would have occurred had
less draconian measures been taken.

An offshoot of this argument is that
even if the models were accurate, the government reaction should have taken a
drastically different form: Instead of lockdowns, we should have focused on
protecting our most vulnerable while allowing “herd immunity” to grow in the
younger population.

>>> When can America reopen? The
National Coronavirus Recovery Commission, a project of The Heritage Foundation,
is gathering America’s top thinkers together to figure that out. Learn more here.

On the other side is the argument that
the measures taken by government and private sector at all levels were a
rational, prudent response to warnings from multiple credible public health
experts that without mitigation, up to 2 million Americans could die from
COVID-19.

Hampering our assessment of both
arguments is the relative lack of information about the true nature of the
SARS-CoV-2 virus that causes the disease.

We still, for example, do not fully
understand its reproduction rate (R0), its case fatality and hospitalization
rates with all variations for age and co-morbidities, the immunity conferred by
infection, or relative penetration of the virus into the American population.
Nor do we know whether there will be multiple waves of the virus, or just this
one.

Every hour another news story gives
more credence to one side of the argument or the other. So here comes one that
says the new coronavirus is more lethal that we initially believed. Now, here
is another that says that a much greater percentage of Americans may already
have been infected and recovered.

Well-meaning individuals forward these
links to their friends and colleagues, and say “See?” And friends respond with,
“Yes, OK, but have you seen this?”

How many times have you heard
comparisons of the coronavirus to the flu?  “It’s worse.” “No, it’s not.”

So, we are being buffeted hourly by
multiple conflicting pieces of information. It’s exhausting to keep up.

In essence, we are being asked to make
summary judgments concerning the initial U.S. response relating to a situation
that is still evolving. And that has its pitfalls. We should know a lot more in
four to five months about the propriety of the actions that were taken, but
right now we are still in the eye of the hurricane with a great deal of
uncertainty about how this comes out.

We know a few things, however.

COVID-19 is not some hypothetical
threat. Many might still remember the “Y2K bug”
scare. For those who don’t, the Y2K bug was the widely publicized danger that
as the century turned over from 1999 to 2000 all the computerized systems we
depend on to run our society would stop working due to some fatal flaw in their
programming.

This is not that. The scenes from Bergamo, Italy and Manhattan are
stark evidence that when the virus runs unchecked through a city, it kills in
large numbers and in a way that overwhelms our normal medical facilities,
causing chaos and tragedy.

We also know that the economic
devastation being wrought by COVID-19 is on an almost inconceivable scale. This
was brought home Tuesday when oil hit minus $37 a
barrel.

Millions are out of work and suffering
for it. Hosts of businesses declaring bankruptcy is now a daily occurrence.

Leaders know that they live in a
fishbowl when it comes to the decisions they make. Underreact to a threat and
leaders are accused of placing American lives in undue danger. Overreact and
they will be blamed for overreach and destroying the economy.

Monday morning quarterbacking is a
professional sport in America, and leaders make decisions knowing they will be
judged.

Americans are gaining a healthy
skepticism of computer models and graphs. Family dinners now include
discussions of the merits of the IHME versus Imperial College London’s epidemic
models. People are learning that the various models are very sensitive to the
variables made as inputs. In the future, as informed consumers, Americans
should ask to see more models and to better understand the underlying
assumptions.

Many Americans already have familiarity
with weather models, the ones that say, for example, there is a 40% chance that
Hurricane Roxanne will hit Charleston.

But it’s new ground when our own human
behavior changes a model. So when social distancing is practiced, for example,
it can drive the infection curve down. That’s the equivalent of saying that if
the people in Charleston put plywood over their windows, the hurricane will go
elsewhere.

Much will be written on both sides of
this issue. Some of it will be informed and useful. But more time probably is
necessary to establish a true perspective whether the initial government and
private sector responses were appropriate.

When seeking to judge a leader’s
actions, I find it useful to consider the circumstances of their decisions. Put
yourself in a governor’s place in mid-March and consider the limited
information available at the time–not now, with the clarity of hindsight. This
exercise can provide a dimension of humility to the discussion.

In the meantime, it might be best to
wait before making an ultimate judgment on the correctness of the decisions
regarding lockdown or other mitigation measures.

Thieves target another source for stolen goods: Delivery trucks and trains full of packages
Let’s Insist on the Separation of Science and State
Tech Giant To Buy Video Game Company For Almost $70 Billion
Where Are the FBI and the Los Angeles U.S. Attorney on Union Pacific Train Robberies?
In Defense of the Green Monster