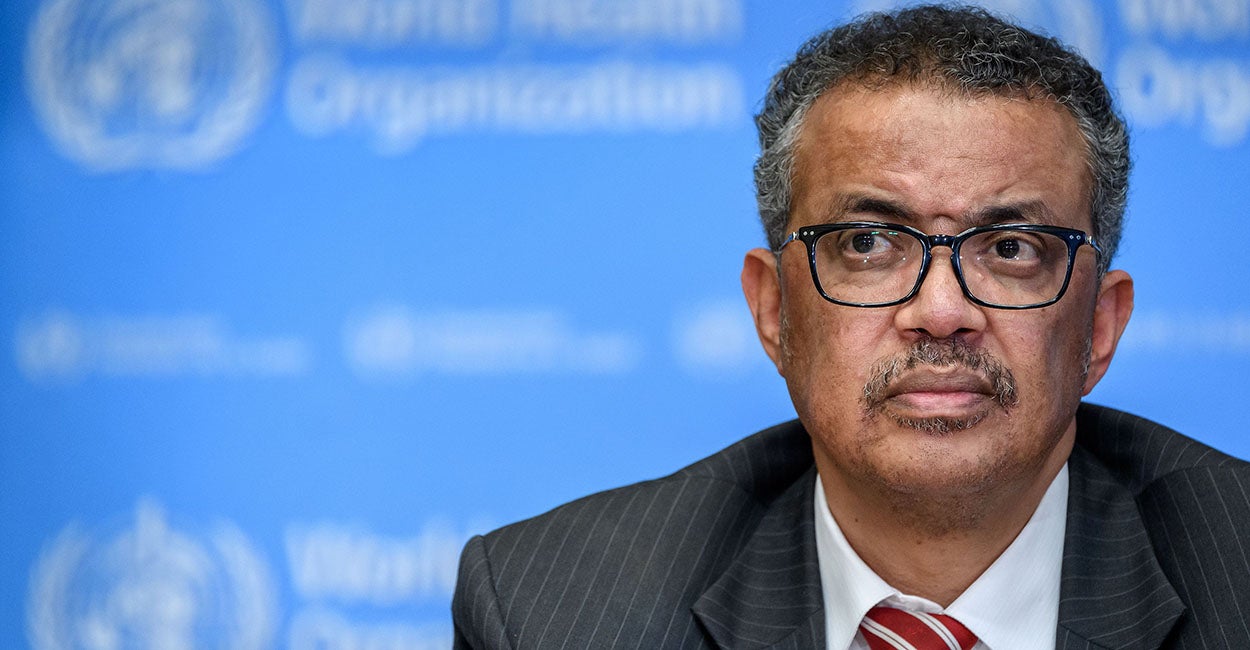 Seven Republican senators are demanding answers from the World Health Organization surrounding its “role in helping the Chinese Communist Party cover up information regarding the threat of the Coronavirus.”

“Ahead of an anticipated congressional hearing, we write today to request information regarding the WHO’s failed and delayed response to the Coronavirus,” the senators wrote in a letter Tuesday addressed to WHO Director-General Tedros Adhanom Ghebreyesus.

Information demanded from the senators includes when the WHO first knew about the spread of a potential “SARS-like virus” in China, who at the WHO was in charge of coordinating with the Chinese government on its response to the virus, and whether any of the organization’s top brass receive any financial compensation outside of their WHO salaries.

The senators also requested from the WHO all electronic records, emails, hard drives, and text messages from its leadership between the beginning of October 2019 through mid-March.

“American taxpayers deserve answers about how their taxpayer dollars are spent, and whether Congress should continue to spend millions of dollars every year to fund the WHO,” the senators wrote.

The letter was sent as pressure is mounting against the WHO for its mismanagement of the coronavirus outbreak.

In mid-January, as the coronavirus started spreading widely in Wuhan, the WHO issued statements saying that Chinese authorities had found no clear evidence of human-to-human transmission of the novel coronavirus.

But as WHO officials were echoing Chinese authorities on the virus, one of its officials was sounding the alarm on its potential for human-to-human transmission.

“Right from the start, from the first notification we received on the 31st of December, given that this was a cluster of pneumonia—I’m a MERS specialist, so my background is in coronaviruses and influenza—so immediately thought, given that this is a respiratory pathogen, that of course there may be human-to-human transmission,” Dr. Maria Van Kerkhove said in a press briefing Monday.

President Donald Trump said one week prior he was considering putting a hold on United States funding of the WHO organization over its bias for China.

The United States is the largest single donor to the WHO, providing 14.7% of the organization’s income, according to the WHO.

“Hundreds of millions of dollars has been paid to the World Health Organization, and last year it was $452 million, and China paid $42 million,” Trump said at a White House press briefing Wednesday.

“We spend $452 million and everything seems to be China’s way. That is not fair to us and fair to the world,” Trump said.