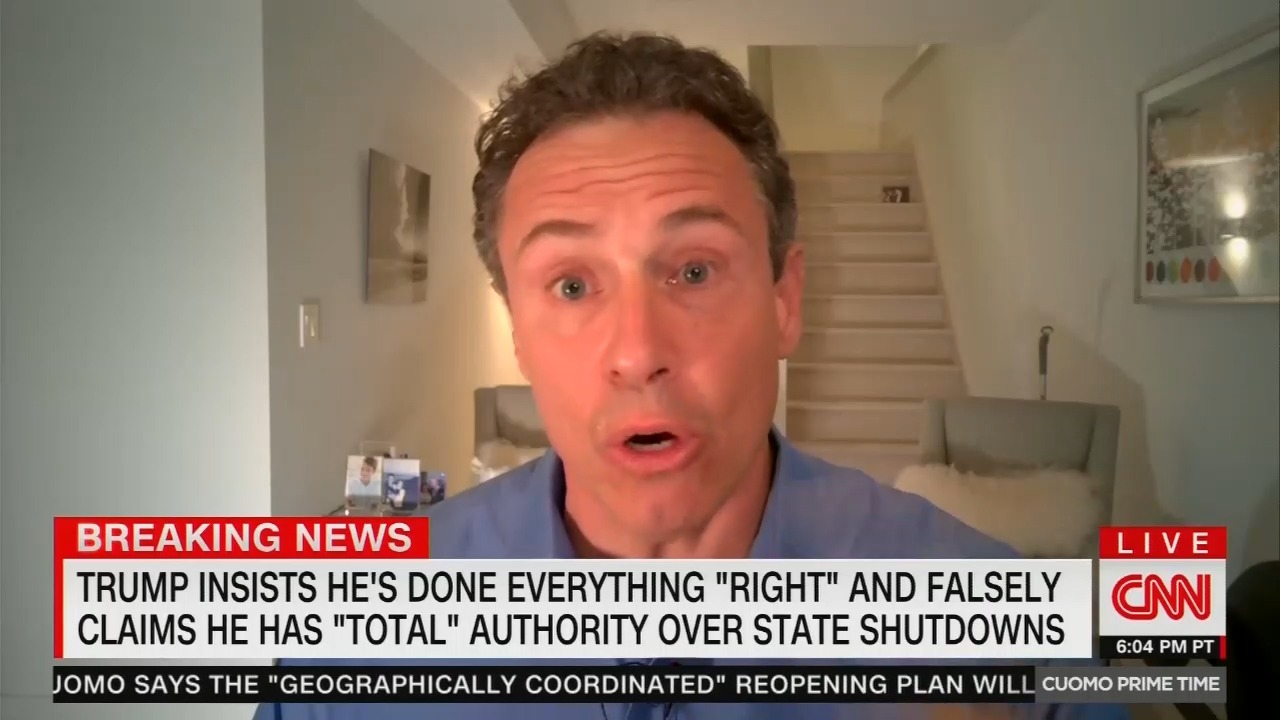 Millionaire CNN anchor Chris Cuomo went on a rant, Monday, complaining that, as far as his job, “I don’t like what I do.” The liberal host also offered an angry assessment of Donald Trump, blasting him as “full of shit.” Cuomo, who has an estimated net worth of $12 million, threw a pity party: “I don’t want to spend my time doing things that I don’t think are valuable enough to me personally.”

The New York Post captured the audio, including Cuomo whining, “I don’t like what I do professionally. I don’t think it’s worth my time.” The Post’s Tamar Lapin then quoted him ranting about the “full of shit” president:

Speaking about his job as the host of CNN’s Cuomo Prime Time, the Queens-born anchor said he doesn’t want to spend his time “trafficking in things that I think are ridiculous.”

Such things include “talking to Democrats about things that I don’t really believe they mean” and “talking to Republicans about them parroting things they feel they have to say.”

He also wants to stop analyzing the president, “who we all know is full of s–t by design.”

The volatile Cuomo, who has been diagnosed with the coronavirus, also complained about having a “jackass” biker confront him: “I don’t want some jackass, loser, fat tire biker being able to pull over and get in my space and talk bulls–t to me, I don’t want to hear it.”

According to the New York Post, he just wants to be able to say, “Go to hell,” adding, “That matters to me more than making millions of dollars a year … because I’ve saved my money and I don’t need it anymore.”

Last August, Como got in a verbal altercation with a Trump supporter, using the F-word 25 times and threatening, “I’ll fucking ruin your shit. I’ll fucking throw you down these stairs like a fucking punk.”

Cuomo’s angry? He’s sad? The CNN anchor appears to have some emotional issues he clearly needs to deal with.

Tropical Storm Claudette brings flooding to southeast US
America First Fighting Back With Army Of Candidates For Secretary Of State
Celebrating Fatherhood
You’re Not Woke, So You Can’t Play
Sheldon Whitehouse’s Preposterous Response to the SCOTUS Obamacare Ruling