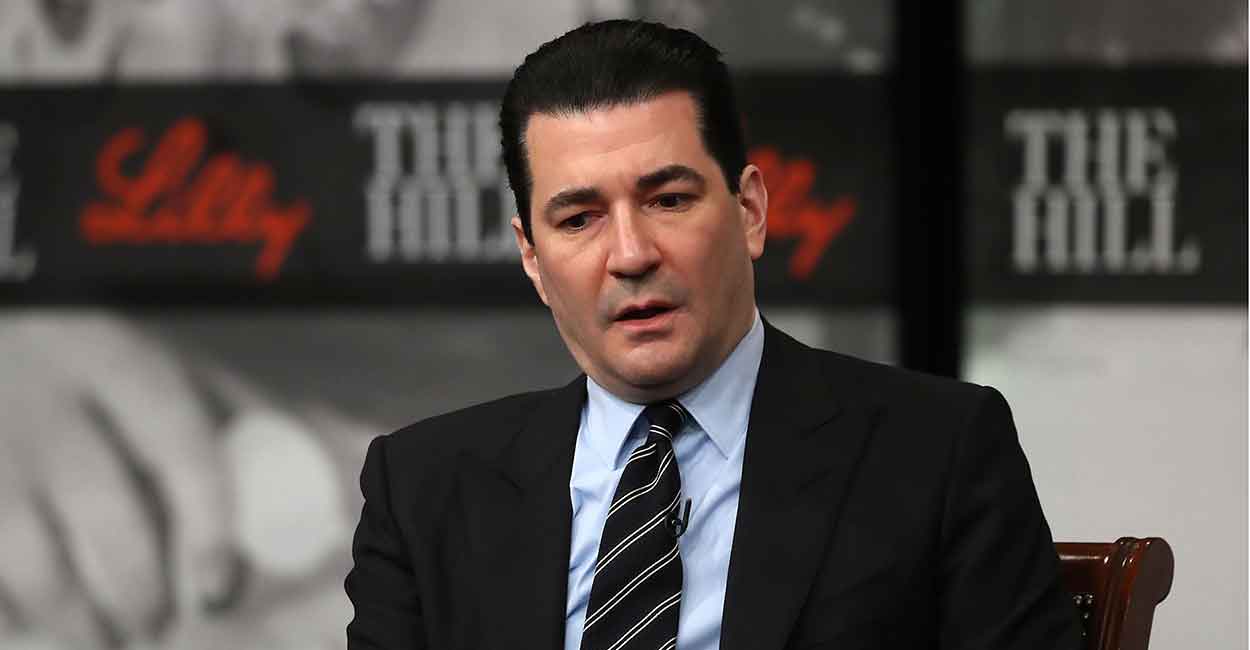 Dr. Scott Gottlieb, former commissioner of the U.S. Food and Drug Administration, criticized the World Health Organization and the Chinese government, saying that both stymied the global response to the novel coronavirus, likely allowing the disease COVID-19 to spread more dramatically across the globe.

“China was not truthful with the world at the outset of this,” Gottlieb, a physician, said in an interview Sunday on CBS’s “Face the Nation.”

Gottlieb, who left the Trump administration last year, said the Chinese government delayed sharing two vital pieces of information that would have allowed other nations to prevent the spread of the new coronavirus: evidence that the virus could transmit through human-to-human contact and live samples of the virus. The coronavirus apparently began spreading from a wet market in Wuhan, China, in November.

“There is some growing evidence to suggest that as late as Jan. 20 [Chinese officials] were still saying there was no human-to-human transmission, and the WHO was validating those claims on Jan. 14, sort of enabling the obfuscation of China,” Gottlieb said.

Gottlieb expanded on that same point in a separate interview Friday.

He told National Review’s Rich Lowry that Chinese officials were tracking outbreaks of the coronavirus in Wuhan in December and knew that the virus displayed human-to-human transmission. Had international officials known that the virus transmitted in that manner, they likely would have been better prepared for a possible pandemic, he said.

“If they would have instituted steps then and been more forthcoming about what was happening then, this might have been an entirely avoidable world event,” Gottlieb told Lowry in a podcast interview.

“The medical community interpreted the Chinese data as, this was serious, but smaller,” Birx said. “Because, I think, probably we were missing a significant amount of the data.”

Gottlieb said Beijing refused to share live strains of the virus, which delayed development of a test that could diagnose patients with COVID-19.

“The WHO should have made them do that,” Gottlieb said of the World Health Organization. “Had they done that earlier, we could have developed a diagnostic test earlier.”

Gottlieb called on WHO to produce an after-action report examining “what China did or didn’t tell the world, and how that stymied the global responses.”

Despite that litany of grievances, Gottlieb said that he does not believe that the U.S. government should stop funding WHO.

President Donald Trump said last week that he is considering pulling funding for the organization. The U.S. contributes 15% of WHO’s budget, the largest by far of any country.

“I don’t think this is a time to defund the WHO, given the fact that I think this is going to become epidemic in the Southern Hemisphere,” Gottlieb said.

WHO would be useful in helping nations in the Southern Hemisphere that don’t have the resources to deal with a pandemic, he said.

Content created by The Daily Caller News Foundation is available without charge to any eligible news publisher that can provide a large audience. For licensing opportunities of this original content, email  [email protected]